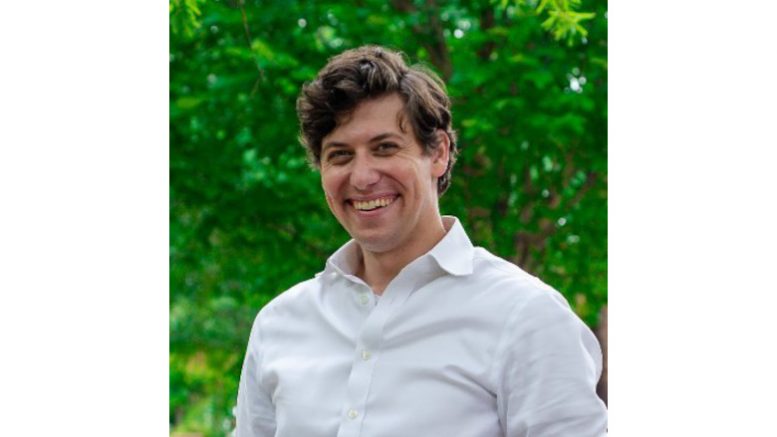 Note: The Local Reporter has invited all candidates for local office in the upcoming May 17 primary election to submit a guest column.

Earlier this year, our North Carolina Supreme Court threw out the Republicans’ latest gerrymandered legislative and congressional maps. Thanks to this action, we now have new, fairer maps, and more NC House and NC Senate districts are in play for Democrats than anyone expected.

That means this election cycle is absolutely critical to our state’s future — to flipping the legislature so we can finally win the policies our communities need. But if we’re going to capitalize, we need to organize.

I know because I’ve been in the fight to take back the legislature ever since we lost it. In fact, I remember where I was when that fight began.

Twelve years ago, I was sitting at a bar in Carrboro with my then-boss, State Senator Ellie Kinnaird, watching the 2010 election results come in.

As it became clear that Republicans would sweep the legislature, she leaned over to me and said, “You think you know what has just happened. But you don’t know the half of it. Everything generations of us have worked for might be undone in an instant.”

Ellie was right. That election inaugurated our state’s Lost Decade, with Republicans launching a full-frontal assault on our democracy, our public education system, our healthcare system, our university, our shared values of decency and respect and mutual support.

That moment in the bar was my political coming-of-age, and I’ve been building political community to fight back ever since. I helped lead Team4NC, an organization devoted to effectively engaging more people in state legislative politics and policy. I raised money and built field plans for dozens of Democratic legislative candidates running in every corner of the state. I was the voter protection director for the redo election in the 9th Congressional District and in the litigation to strike down the Republicans’ racist voter ID requirement. And I’ve served as the Chair of the Orange County Democratic Party and an executive committee member of the Chapel Hill-Carrboro NAACP.

At this critical moment for our state, we need legislators who are in both the policy fight and the power-building fight. Legislators committed to building a new statewide movement, rooted in community, to take our state back from an undemocratic, anti-scientific, radical Republican Party.

That’s why I’m running for this office. I believe we can build a Democratic majority in this state and enact the policies our communities need. But it’ll take old-fashioned organizing to make it happen: knocking on doors, recruiting volunteers, building power from the grassroots up.

Our campaign has demonstrated those principles in action. As of this writing, we’ve knocked on the doors of over 30,000 voters. We’ve had conversations with thousands of our neighbors — at their doorsteps, in their living rooms over coffee, and at meet-ups and events across town. We’ve engaged over 125 volunteers in our race, and we’ve received over 500 small-dollar donations to power our work.

Once the primary is done, we’re not going to let up. We’re going to take this same energy, this same Democratic power in Orange County, and hit the road. We’ll go to competitive districts from Alamance to Cabarrus to Guilford, all across the state, using our people power to help Democrats win in November, while we work at the same time to set up a new constituent services office here in our home community to connect folks with resources they need to thrive.

Look, we all know the policy changes our state needs. Real action to fight climate change. Expanded Medicaid. Reproductive healthcare as a right. Huge reinvestment in public education, from early childhood to our university system — without playing politics with curriculum or governance. A revitalization of our democratic institutions, expanded voting rights and fair maps.

But we should be clear. We may agree on the agenda we need, but we can’t actually win that agenda until we shift the power in Raleigh, until we build statewide Democratic power by organizing and mobilizing our communities.

Be the first to comment on "Now More Than Ever, We Need A Legislator Who Can Build Statewide Democratic Power"