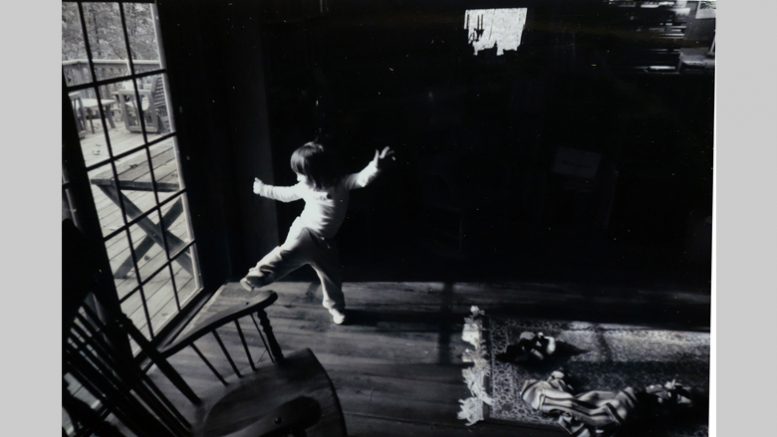 “You can’t hug a photograph.”

Maybe you can’t hug a photograph — as “Data,” played by Jonathan Ke Quan, the adorable inventor kid, tells his father in the ‘80s classic feel-good film, “The Goonies.”

But you can embrace one.

Pick a single old family snapshot. Examine it like an archeologist uncovering an ancient and precious relic from the distant past.

Deep-dive behind the emulsion; ask the unanswerable questions of grain, silver and pixel.

Who is that in the frame? What are they doing? With whom? When exactly was it made? Where is the place? And why do you think the snapshot was taken?  What message does the subject’s body language suggest? Demand a response from the frame: who’s in and who’s out?

Investigate photo history: Why do I have this old snapshot? Why has it survived all this time? Who valued it, before me, to make this moment happen?

Go behind the lens: Who made the snapshot? Can you imagine what sort of camera they used? What was the occasion and what was their intent?

Most likely it was not to make art or to communicate in the media of the age through photojournalism. Most likely it was an act of remembrance — an intentional memory-maker. Stopping time so it can be examined later. What National Geographic Zen-poet-photographer Sam Abel describes as “stay, this moment.”

Case in point: In this image from 2003, toddler and granddaughter Abby Lou Feagans dances spontaneously to Bach’s Brandenburg Concerto No. 6 in B-flat major. I shot this with my very first digital camera before I knew how to focus the dang thing. Plus, I had it set on “idiot mode,” which means fully automatic. I did nothing but see the moment and mash the button. That makes it a snapshot.

Fast forward 17 years, and now the little dancer, a first-year at the University of Georgia, is wrestling with her freshman first semester at Athens amid the COVID-19 pandemic, in which sometimes she’s taking classes from her dorm room and other times back home to Atlanta, out of health concerns.

For Abby, and millions of other college kids, it’s not an easy dance.

Thus, the seeming innocent snapshot — anchored in time and place with long-gone or changed characters who command meaningfulness in our lives — becomes unintentional documentary photography, each one heavy with context, layered with a unique backstory.

If you are lucky, some ancestor with a fold-out film Kodak will have left a notation on the back, a haiku-like caption, that slips neatly into the family narrative arc, placing the little image into the vast slide show of family history.

Then pass it on. Your family will thank you. They might even hug you.