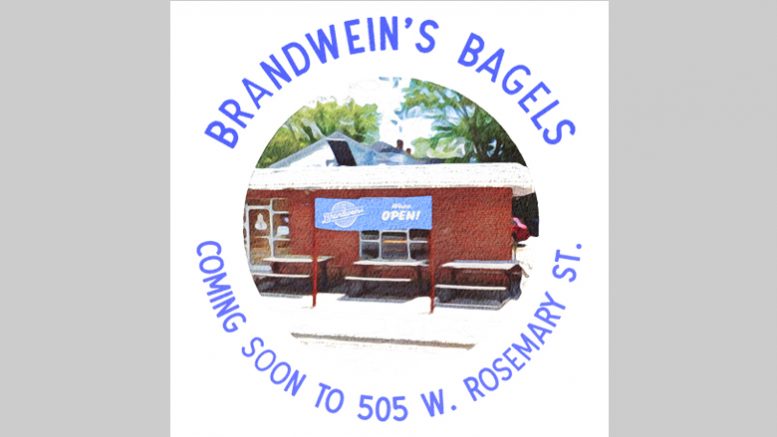 These places chose to open during the pandemic.

It’s one thing to successfully guide a business through a recession. It’s another to start one from scratch during the worst economic downturn in decades. But three local entrepreneurs have done just that.

Que Chula Tacos on West Franklin Street, Hawkers Asian Street Fare at University Place and Brandwein’s Bagels on West Rosemary Street all have opened for business during the coronavirus pandemic and subsequent lockdown.

Jose Ramirez, owner of Que Chula Tacos, said he signed the lease for his new location last November. Once the pandemic started, Ramirez said he was worried he might not be able to open. He said his landlord was understanding of his predicament, and worked out an agreement allowing Ramirez to open a month late on May 7, with help from family and friends.

Ramirez said he did much of the interior work for his restaurant, like painting, by himself to save money.

“It’s tough to own your own restaurant and open at a hard time like this,” Ramirez said. “You have to know that you have to work long hours or you won’t make it.”

For the first two to three weeks he was open, Ramirez said it was difficult to turn a profit because he mostly received take-out orders and some delivery services, such as Uber Eats or GrubHub, charge more than 30 percent of the price of an order in delivery fees. Towards the end of May, when Que Chula was able to open at half capacity — because of the easing of state regulations — Ramirez said business greatly improved and that he’s seen many repeat customers.

“A lot of people are talking about our location,” Ramirez said.

After signing a lease for his bagel shop on Feb. 14, Alex Brandwein, owner of Brandwein’s Bagels, found himself, like Ramirez, trapped in a lease for a business that he might not be able to open.

“When I signed the lease I wasn’t sure what I was supposed to do once the world went upside down,” Brandwein said.

Brandwein said he started donating bagels to UNC Hospitals twice a week and started a delivery service called Saturdays are for Bagels. Customers could order bagels online and either pick up their bagels from Brandwein’s — located at the former Midway Community Kitchen — or have them dropped off at their doorsteps.

Brandwein said the program was a success, and though the store is currently closed for renovations, he is hopeful his Rosemary Street location will do well once it is ready to reopen later this summer.

Although the pandemic has been a major roadblock in some ways for Brandwein, he said he’s grateful that it has forced him to think carefully about how he will run his store once it reopens permanently.

“We’re taking all the necessary precautions,” Brandwein said. “I’ve also spent a ton of time focusing on delivery and how we can make that process and your online process for ordering more efficient. It’s definitely been a reallocation of resources and really just thinking creatively of how best we can get out there to get bagels to people in a safe way.”

“If you could pick the worst weekend to open a restaurant in the last hundred years, we nailed it,” Farrell said.

Farrell said sales have been much lower than hoped for, but have since improved. Farrell said he chose Chapel Hill for a Hawkers location because he likes the area’s culture.

“We want to be a part of the community,” Farrell said. “We want the folks that are in a community that we put a Hawkers in to be really excited about it and really own it.”

Brandwein said the Chapel Hill and Carrboro community gives him hope his business will succeed.

“The support that locals have provided to small businesses in whatever way they can has been incredible,” Brandwein said. “Whether it’s just sharing information on social media or going out and buying food or buying gift cards, the support from the town has been awesome.” These places haven’t made it through the pandemic.

North Carolina restaurants were forced to stop all dine-in services because of the COVID-19 pandemic on March 17, per Gov. Roy Cooper’s executive order. Since then, at least one Chapel Hill restaurant per month has shut down permanently.

“We missed graduation and missed Mother’s Day and we have the potential to miss football season, or football season might not be the way it was in the past,” Gladdek said. “Tourism is part of how our economy works in Chapel Hill.”

Anthony DiGangi, chief operating officer of Colemont Restaurant Group, which owns all eight Lotsa Stone Fired Pizza restaurants, said it was a difficult decision to close down the Chapel Hill location, which he said was one of his favorites.

“It was easy financially but not easy emotionally,” DiGangi said.

DiGangi said the store was doing well last fall and that there were plans to expand its menu and extend the store’s lease before the pandemic started and sales fell dramatically, with UNC students leaving campus and locals confined to their homes.

Of Lotsa’s eight locations, DiGangi said he expects five to reopen later this summer. He also said Lotsa will be selling much of its furniture and equipment, including its pizza oven, later this month. Lotsa will open its doors to anyone interested in buying any items on June 22 from 4- 7 p.m.

While the pandemic has forced some restaurants to close for financial reasons, it has forced others to close simply to stay safe.

Although she could not be reached for comment, Sara Owens, owner of Market Street Coffee, announced on June 1 through her company’s website that her cafe would close permanently to limit the social gatherings that used to take place there.

“Our shop was always a gathering place,” the statement reads, “a place to linger with friends for hours. Given the ongoing pandemic, it appears that will not be safe for quite some time.”

Giorgios Bakatsias, owner of Kipos, was likewise unavailable. Bakatsias has not given the specific details of Kipos’ relocation but released a statement about the restaurant’s current location closing.

The May 11 Instagram post read: “It’s true, we’re relocating Kipos, and cannot wait to introduce you to its gorgeous new home. Kipos — which means garden — will be more relevant than ever before in this new location! Stay tuned for our announcement in the coming weeks about our opening!”

To help businesses seeking help during the pandemic, Gladdek said the Chapel Hill Downtown Partnership has started Experience Downtown Chapel Hill, or XDCH. It is a registered 501(c)(3) nonprofit created to provide funding for local businesses to improve outdoor dining and retail spaces, with grants for things like new furniture, hand sanitizer dispensers or rental equipment such as tents for outdoor events. Soon after the program was announced in May, the Chapel Hill Town Council voted unanimously to allow retail stores and restaurants to use sidewalks for seating or display areas.

“We’ll be paying attention to the numbers and consulting with experts and looking for ways to make sure that we’re able to provide a safe experience for people that want to be downtown,” Gladdek said.

Businesses looking for funding for COVID-19 related expenses from XDCH can learn more and apply for funding at: http://partnership.downtownchapelhill.com/programs

Homeless in Chapel Hill, During a Pandemic

Be the first to comment on "Open and Shut Cases"