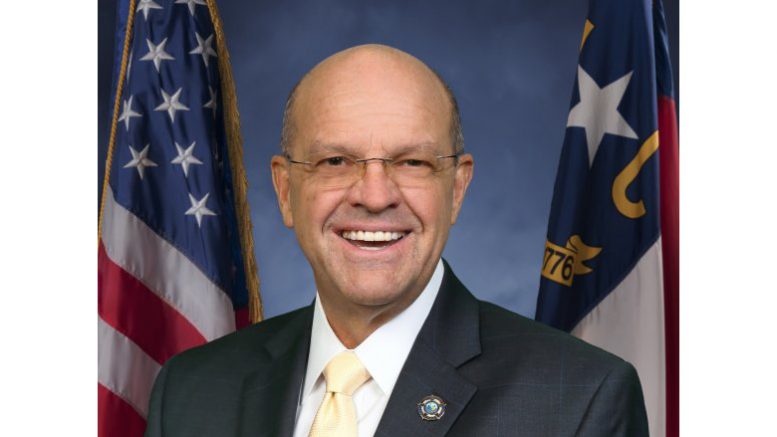 Blackwood told The Local Reporter, “I look forward to serving as president of the North Carolina Sheriffs’ Association. I am proud the state sheriffs trust me to serve in this capacity. It should be an exciting time.”

Blackwood said on acceptance in a press release, “Each sheriff serves a community with different priorities and viewpoints regarding critically important and incredibly complex topics. For the next year, not only will I be making decisions based on the goals and values of Orange County voters, but I will also be discussing statewide issues such as mental health, immigration, gun violence, and the legalization of marijuana with 99 other sheriffs. We will wrestle with our differences and arrive at a policy position that we feel is the best path forward for the entire state.”

The president leads the state association and serves as the face of the NCSA, speaking to state and national media outlets about the association’s position on topics of interest. The president also represents the NCSA at the meetings of many groups, such as the National Sheriffs’ Association, the State Bureau of Investigation, the North Carolina General Assembly, and the North Carolina Victims’ Assistance Network, according to NCSA guidelines.

Blackwood will make appointments within the association, including to the auditing, training, and legislative committees and to external groups such as the Domestic Preparedness and Readiness Committee, the NC Fully Autonomous Vehicle Committee, and the Sexual Assault Kit Initiative, according to the NSCA description.

Edmond W. Caldwell Jr. who serves as NCSA’s executive vice-president and general counsel was quoted during the conference in a press release, saying, “Sheriff Blackwood’s previous service in various offices and roles for the Association over the years has enabled him to work closely with sheriffs and other leaders from across the state. He is well prepared to assume extensive responsibilities as President of the North Carolina Sheriffs’ Association during the 100th anniversary of the Association. I am confident that his term as Association President will be extremely successful!”

Blackwood also spoke about the 100th anniversary during the conference. In a press release that contained his acceptance speech on July 25, he said, “The NCSA has accomplished a great deal, and I am proud to lead us into the second century of service. It is a high honor and a tremendous responsibility to serve as president of this group. I appreciate my family’s support and the work of my team at the office, both of which are essential to my ability to assume this role.”

Blackwood is the second Orange County Sheriff to serve as president of the NCSA. Sheriff C.D. “Buck” Knight served in the role in 1971.

“I love knowing that Buck Knight served as the NCSA president,” said Blackwood in his acceptance speech. “My parents thought the world of him. He was ‘their Sheriff.’ I started my career working for him as a deputy at the end of 1980. Maybe someday, someone I hired will have a similar opportunity to simultaneously serve their county and state. It’s a great feeling.”

Blackwood is a 40-year veteran of the Orange County Sheriff’s Office, where he began his career on December 16, 1980. Initially assigned to the Uniform Patrol Division, he rose through the ranks, earning promotions to corporal, sergeant, and then lieutenant of the Patrol Division, according to his website.

Retirement came on Dec. 17, 2012. During his retirement, Blackwood prepared to campaign for the Office of Sheriff, anticipating the retirement of long-serving Sheriff Lindy Pendergrass. With the election of 2014, he became the 47th sheriff of Orange County.

Since that time, Blackwood graduated from the NCSA’s Sheriffs’ Leadership Institute, an intensive course of instruction for newly elected sheriffs that he was instrumental in developing. His numerous honors, including from Gov. Roy Cooper, Attorney General Josh Stein and former Gov. Beverly Perdue, are also listed on his website.

The sheriff writes a monthly informative newsletter, The Lowdown. This month, he discusses his new position and the future of NCSA.

Blackwood is married to Lisa Williams Blackwood, a lifelong resident of Orange County. They have two children and two grandchildren.