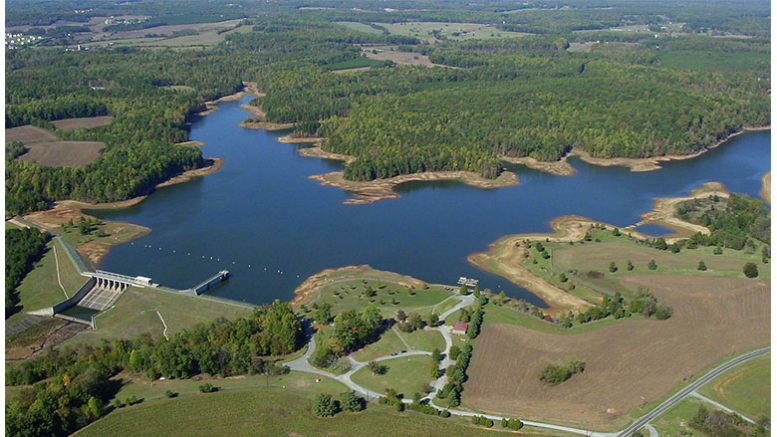 The Orange Water and Sewer Authority voted Thursday to allow staff to engage in discussions with neighboring jurisdictions on a long-range water infrastructure agreement. The move does not herald consummation of a deal but, rather, allows OWASA staff the opportunity to better address questions and concerns raised by board members.

Planning & Development Director Ruth Rouse said at the start of her presentation staff need to be able to pursue conversations regarding infrastructure in order to provide better information.

“Until we begin those discussions, we really can’t give you any better answers to the questions you’ve been asking,” Rouse stated.

On Jan. 13, the OWASA board voted to pursue Jordan Lake as its water supply alternative and eliminated other potential sources such as a deep quarry reservoir or reusing treated wastewater. OWASA still maintains mutual aid agreements to obtain water from neighboring jurisdictions in emergency situations and other capital investment projects.

The path OWASA has chosen involves working with the Western Intake Partnership (WIP), a joint water infrastructure effort between the City of Durham, Town of Pittsboro and Chatham County to develop a new water intake and treatment facility on the western side of Jordan Lake.

During Thursday evening’s meeting, Rouse outlined OWASA’s next steps in determining when it joins the partnership.

One alternative is to rely in the near term on an option contract that provides OWASA access to its Jordan Lake water allocation under predetermined conditions such as a drought or operational emergency and wait to become a full member of the WIP until around 2050. The second alternative is for OWASA to become a full partner of the WIP sooner, which comes at a higher upfront cost but lowers the risk of water scarcity more than any other option available.

“Risk and cost are very much intertwined,” Rouse explained. “As we address risk more, in terms of our water supply, the cost goes up.”

Rouse further stated the second alternative, immediately pursuing full-partner status in the WIP, would impact costs for next year’s budget. If OWASA insteads postpones joining the WIP for a few decades, staff projects that the increased costs wouldn’t be truly felt until the 2040s.

“We’re placing the burden on future generations if we choose [Alternative #1],” board chairperson Jody Eimers stated, adding she wasn’t opposed to the course of action, but noting it pushes back the bulk of costs for a few decades.

Rouse responded that each deal represents a trade-off between costs in the near-term vs the long-term. Chapel Hill board appointee Bruce Boehm added that preserving the allocation of Jordan Lake water to which OWASA is already entitled should be added to the set of principles guiding the board’s decision.

Boehm also said the board needs to better understand the drought risk OWASA’s service area faces under both options.

“I don’t believe we have agreement that the board believes OWASA should be willing to take X level of risk on severe drought…,” he said. “Understanding that risk is [necessary for] us [to make] an intelligent decision when we’ve been given the cost of participating in the Western Intake Partners, depending on what the security on the water supply is. “

Fellow Chapel Hill board member John Morris said it would be helpful if the board could better define its negotiation terms with the WIP. He added that the maximum projected water usage is 2 million gallons per day (MGD), but OWASA’s current allocation agreement allows for 5 MGD. He said it’s very possible the next time Jordan Lake allocations are determined, OWASA could lose the extra capacity in its allotment it does not currently use.

Morris reminded board members OWASA owns the land that would be the best location for a water treatment facility on the western side of Jordan Lake, and the board should explore using that position as a bargaining chip in future agreements. He added that having a good relationship with Durham would be useful since OWASA and Durham will likely be sharing water infrastructure as new intake facilities come online.

Board member Todd BenDor asked for more clarity from staff.

“We’re basically planning in the dark right now and we’re trying to make decisions in the dark without complete information,” he said, and encouraged Rouse to get as much information as possible about WIP’s interests so OWASA can make informed decisions.

He noted that staff estimates point to a surplus of water if OWASA pursues a full partnership with WIP immediately, and asked whether OWASA has the option to sell off some of the extra water it doesn’t need. Staff said OWASA would not have the authority to do that.

Board members voted unanimously to authorize staff to begin conversations with the necessary parties.