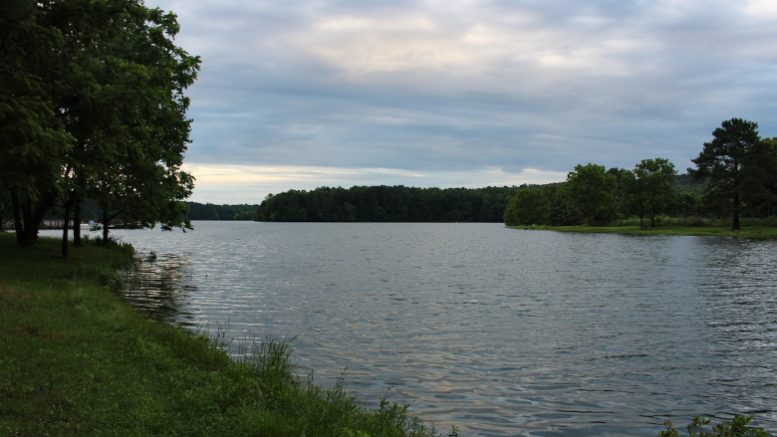 PFAS are a group of man-made chemicals, including PFOA, PFOS, PFBS and GenX, used in commercial products like food packaging, non-stick coating and firefighting foams. Scientific research has shown that exposure to PFAS is linked to harmful health effects in the long run.

Since 2018, through its PFAS monitoring program, OWASA has been testing quarterly raw water samples and treated drinking water samples to monitor these compound levels and evaluate its water treatment methods.

According to a news release by OWASA, higher levels of PFAS have been detected in Cane Creek Reservoir than in University Lake or the Quarry Reservoir, possibly due to past use of firefighting foams at Cane Creek which the utility has since started to address.

These levels are not regulatory. Instead, they serve to inform water quality monitoring, technological development, and strategies to reduce exposure by local, state and federal agencies. They will remain in place until EPA establishes a National Primary Drinking Water Regulation, according to the agency’s website.

Geoff Gisler, senior attorney and leader of the Clean Water Program at the Southern Environmental Law Center, said that the significant drop reflects the rapid growth of PFAS research.

“It’s hard to overstate how much the landscape of PFAS has changed in the last five years,” Gisler said. “There’s been so much more research, so many more studies about the toxicological effects of PFAS.”

According to a May 2021 report by the U.S. Centers for Disease Control and Prevention, PFAS exposure is associated with negative health outcomes such as cancer, liver damage, decreased fertility and increased risk of asthma and thyroid disease.

Sun added that she and many of her colleagues are unsure of how the advisory will affect drinking water due to the extremely low levels.

Blake Hodge, a communications specialist at OWASA, echoed the issue. He said that the new levels are higher than what the utility can test down to, which is one part per trillion. University Lake was constructed by UNC as a drinking water reservoir in 1932 by damming Morgan Creek. OWASA owns and manages the lake as a primary drinking water source for Carrboro and Chapel Hill. The lake holds 450 million gallons of water and connects to Morgan Creek and its tributaries (Phils Creek, Neville Creek, Price Creek and Pritchards Mill Creek). Photo credit: Yueying Yu.

Despite the challenge in implementation, Gisler said that new advisory levels will draw more attention to the source of PFAS pollution.

“Until now, a lot of the focus has been on the drinking water,” he said. “It’s a necessary step right now, but it’s the wrong way to deal with this problem because what we need to do is look at the source, and these levels emphasize that you can’t get to non-detectable levels, which is where we need to get to unless you’re controlling the source.”

“We can’t leave it to individual drinking water utilities to fix the problem because that will inevitably mean that wealthy communities have clean water that they’re paying for, that the least wealthy in the communities probably can’t afford,” he said.

Instead, it is important to focus on developing technologies related to PFAS reduction and holding polluters accountable, he said.

The Clean Water Act requires state agencies to screen water treatment technologies used by companies and corporations that plan to dump PFAS into the water, but many of them don’t, Gisler said.

“If the state agency would ask that question, which they’re required to under the Clean Water Act, we would be able to get a handle on the crisis in the next few years,” he said. “It doesn’t have to be a long-term problem. It’s only a long-term problem because the law’s not being applied the way it’s supposed to be.”

In light of the new health advisory, the NC Department of Environment Quality sent a letter to Chemours, requiring the company to provide new permanent drinking water supplies or whole-building filtration systems to affected areas.

In 2017, a state investigation first identified the Chemours facility in Fayetteville as a source of GenX production in the Cape Fear River, which was followed by a consent order in 2019 that required the company to address PFAS contamination. Chemours is challenging EPA in federal court regarding the new GenX health advisory level.

Gisler said that litigations like this ultimately stall the time-consuming process of creating and implementing water quality regulations.

“If we’re going to go through a process of taking years to identify toxicity levels, taking a couple more years to translate that into water quality standards and having to litigate that, the system just won’t work,” he said. “We’re essentially leaving people to themselves.”

He added that many communities across the state are in need of more effective measures on water quality.

“People need help now,” he said. “When we talk about these regulatory approaches that are gonna take years before they get to an end result, it means that we’re asking people to wait for years for clean water, and that’s not right.”