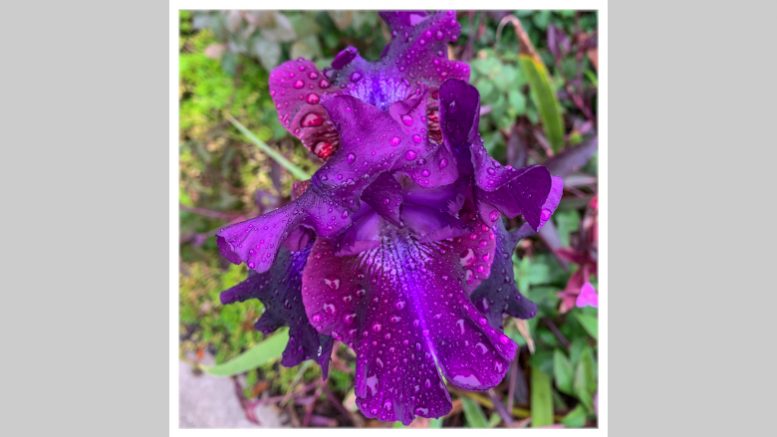 Irises are great plants to pass along to friends. Photo: Lise Jenkins.

Gardeners are among the most generous people in the world, eager to share their success with other plant lovers. Many plants we share are old and hard to find in nurseries and garden centers. Generally, these are plants that we typically can acquire only through the generosity of friends.

Suitable pass-along plants are those that are easy to propagate from seed, cuttings or division. Rumor has it that one shouldn’t thank the donor for a pass-along plant as otherwise it will not flourish.

This Southern tradition was prevalent during the Civil War when the Union blockade prevented the entry of any new plants into the South. Consequently, Southerners had to make do with what they had. And because Southerners have a strong tradition of hospitality, this practice has continued down to the present day. Another reason that this custom has persisted is that our growing season is so much longer than it is in the North and the Midwest, leaving us with a bounty of plants to share.

We seek out these older plants because, in many cases, they have retained the charms that intense hybridization has bred out of other varieties. Compare many of the hybrid tea roses with the old-fashioned roses — the fragrance of the latter will remind you of what roses used to smell like. When hybridizing for better blooms, frequently the fragrance is lost.

Another reason we seek pass-along plants is that we’re gradually savoring some of the plants that once resided in old Southern gardens. Crinums, for example, represent continuity and tradition; pass-along plants remind us that we don’t garden in a vacuum. Lilies can be subdivided and thrive. Photo: Lise Jenkins.

Care should be taken, however, in deciding which plants to pass along. Any plant that travels or is an extravagant seeder probably is not a good candidate. Some cannas are worse in this respect than others. About five years ago, a dear friend gave me a lovely canna that had beautiful striped leaves accompanied by lovely pink flowers. The name escaped me — and the canna almost did, too. This canna was a mountaineer, climbing over roses and through shrubs. When it wasn’t busy roaming, it was busily dropping its seeds throughout the garden.

Had this been a deep-rooted plant, disaster might have befallen us. Fortunately, cannas produce rhizomes, which grow close to the soil’s surface and are easy to pull out. I now have one lovely isolated clump situated away from any nearby shrubs and roses. I cut off the interesting seed heads as they are forming to prevent any seed formation.

Daylilies are the perfect pass-along plants because they can be dug up, divided and planted in the middle of summer — and they will forgive you.

Crinums produce sideways bulblets that can be separated at the beginning of the growing season. Plant a bulblet on the shallow side (the transactional roots will gradually pull down the bulb) in an area from which you promise never to move it. Crinums get incredibly cranky about being transplanted.

There are many reasons to savor pass-along plants. All the new hybrids in the garden center have parents and grandparents in their background. While hybridization can produce desirable traits, the process can also result in the loss of pleasing qualities. Frequently, you might be searching for an older version that is no longer offered in the marketplace.

And therein lies the joy of an offering of a pass-along plant: With care and foresight, you’ll be getting a desirable plant that everyone’s forgotten about.

Seeds need to nap. How do you wake them up?

The Rain is Plain, in my Garden

Be the first to comment on "Pass-along Plants: A Great Southern Tradition"