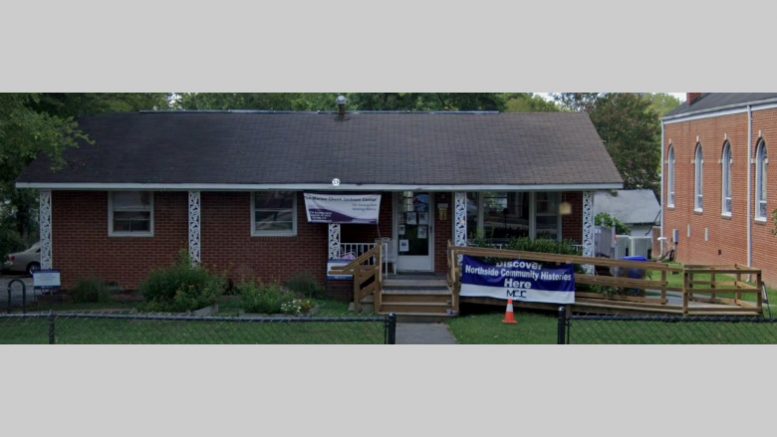 The 2021 Orange County property revaluation saddled residents of the Northside community with, on average, a 50 percent increase in the value of their homes, which determines their property tax bill, while residents in wealthier neighborhoods like Tenney Circle saw only about a 5 percent increase in their property value. Orange County commissioner Mark Dorosin pointed to a home in Northside that sold for $273,000 that the county reappraised at $331,000, while a $1.2 million home in Greenbridge was reduced to $850,000.

At its April 20 meeting, the Orange County Board of Commissioners asked staff to explain the imbalance.

Todd McGee, Orange County community relations director, said that property revaluations typically are done every four years in Orange County. The state mandates a revaluation be done at least once every eight years. He said there are “two parts to the property tax puzzle.”

“The first part is the value of the land or the building or the house, whatever it is,” he said. “The second part is the property tax rate. Historically, when Orange County has gone through a property tax revaluation that results in property values increasing, they have lowered the tax rate somewhat to try to offset that.”

But even a lower rate won’t offset the prices for everyone.

In a recent letter to the BOCC, Hudson Vaughan and Kathy Atwater, who both work at the Marian Cheek Jackson Center, pointed out the glaring disparities in the new property tax valuations.

Their letter stated that some residents in the Northside neighborhood saw up to an 86 percent increase, while the highest increase in comparable neighborhoods was around 15 percent in Davie Circle.

Atwater, who has lived in Northside all her life and in her home since 1988, said she’s never seen a valuation increase as high as this one.

In the BOCC meeting, Orange County tax administrator Nancy Freeman defended the state’s valuation method. “Market values are shaped by property sales,” she said. “The best indicator of a single-family home is the comparison approach.”

The state of North Carolina mandates counties appraise properties in comparison to the sale price of other homes in the area. The appraisals are done en masse, as the county doesn’t have the resources to send an appraiser to every residential and commercial property.

The valuation does not take into consideration whether a home is owner-occupied or used as a rental to generate income. In Northside, many properties are being bought up by investors and turned into student rental housing. Additionally, redevelopment in the Rosemary Street area has driven up prices of all properties in Northside.

Deputy tax commissioner Chad Phillips said that since the last property revaluation, 31 out of the roughly 700 homes in the Northside community were sold. The average sales price of the homes sold was used to assess the values of the homes that didn’t sell.

Commissioner Jean Hamilton was one of several commissioners who took issue with this method of appraisal.

“That’s one potential bias, that a few high-priced homes in the area can raise the values for everybody, then you appraise, in essence, to try to match that,” she said. “Then, of course, the appraisal’s higher … those less expensive homes are, in a sense, artificially raised.”

“The presentation showed that the overall average for the county was either 12.6 percent or 20 percent. It looks like in [Northside], the increases were much, much higher than that,” he said. “I understand there’s some kind of objective formula that gets put in place across the county, but if it’s showing these huge disparities in increases, then we ought to get some more detailed information about how the formula is being applied.”

Hamilton and Dorosin both argued that there should be a distinction made between owner-occupied residential property and income-generating property, such as lucrative student rentals. Freeman said the county doesn’t change the value of a property according to who lives there, nor according to the possible income that could be made there.

“One reason is that we don’t have that information,” she said. Also a homeowner could sell the property they lived in to an investor and it would turn into a tenant-occupied property, she said.

“If someone is renting to five students, that’s income property, that’s not your typical residential property, it’s a rooming house — to me, that’s commercial.” Price said.

She also noted that the differences in valuation prices in the Northside neighborhood and the town of Hillsborough, for example, are drastic.

“I looked at some of the comps in the Northside area: the square footage, the sale price, the appraised value, and then looked pretty much the same dimensions in Hillsborough, and [there’s] a world of difference, a $100,000, $200,000 difference,” Price said.

Residents are allowed to appeal their property valuation if they feel it’s inaccurate. The county expects to receive 4,000 informal appeals, as many as 1,000 formal appeals and an estimated 200 residents appealing to the N.C. Property Tax Commission. The state does not allow counties to extend the appeals process deadline.

“As mass appraisers, we do make assumptions about properties, about like properties, and the appraisal process,” Freeman said. “The appeals system does give us that opportunity to get that more granular level information about the property to make adjustments for an individual property.”

Commissioner Jamezetta Bedford said the tax office, and the county at large, need to do a better job getting the word out that residents can appeal their property valuation. She suggested ads on WCHL or op-eds in local papers to inform the public.

Freeman said the county received 29 appeals from residents of the Northside and Pine Knolls neighborhoods. The tax office has reviewed 20, six of which received no change. She assumed there had been a reduction to the other 14 but couldn’t say for sure.

For those who are unable to get reductions, programs at organizations like Empowerment and the Marian Cheek Jackson Center are invaluable resources for helping people stay in their homes. Atwater is the community advocacy specialist at the Jackson Center, and one of her roles is with the Property Tax Support program.

“We are working with the Northside, Pine Knolls and Tin Top communities under a grant-funded award where we try to help neighbors with their property taxes,” Atwater said. “Award money is given — and it doesn’t pay the entire property tax — to help alleviate some of the stress of trying to get your taxes paid.”

Atwater also said she helps residents file for the Homestead Exemption, which provides individuals 65 or older, and those with disabilities, with annual income below $31,500 with help paying their property taxes. However, neither of these programs pays the entire amount, putting a financial strain on many folks.

Luckily, though, Atwater said she hasn’t seen any neighbors forced to leave their homes due to high property taxes since the Jackson Center was founded. But it has happened in the past, and she’s worried about it happening again.

“I have seen neighbors sell their homes because they can’t keep up the property taxes,” Atwater said. “Which is to the neighborhood’s disadvantage, because what has happened in the past is investors with the money in hand have been buying the properties and turning them into student rentals.”

County manager Bonnie Hammersley said the tax administration office is meeting with members of the Northside community to see “where we have some flexibility.”

Appeals must be submitted by April 30. Appeals can be done online at https://appeals.spatialest.com/nc-orange or by completing the Informal Appeal Form sent with the revaluation notice and mailed to: Orange County Tax Office, Attention: Informal Appeal, P.O. Box 8181, Hillsborough, N.C. 27278. Property owners can email the tax office with questions at reval@orangecountync.gov or call 919-245-2100, and select option 2.