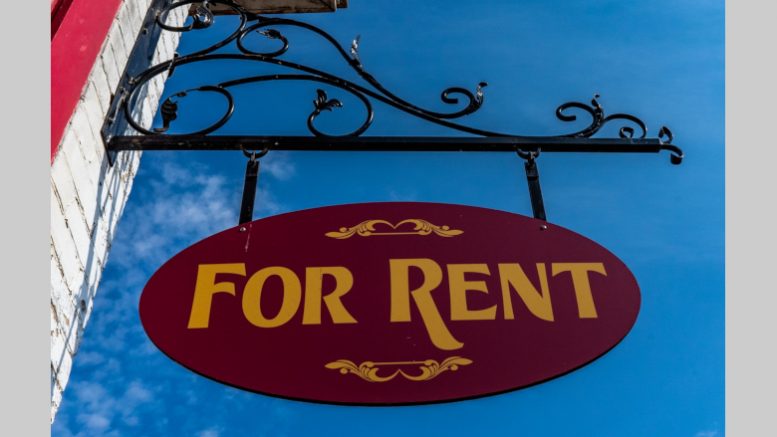 Under a proposed land-use management ordinance, hosts for short-term rentals in Chapel Hill would be required to get a permit and follow certain rules to operate their rentals.

STRs — the rental of residential dwelling units for periods less than 30 days — are the types of rentals usually listed on places like Airbnb and VRBO.

According to Anya Grahn, a senior planner with the town who presented the proposed ordinance to the Chapel Hill Town Council on May 19 at a public hearing, under the current land-use management ordinance, STRs are permitted only if they fall under the definition of a home occupation (an in-home business) or a tourist home or, using a term exclusive to the Blue Hill district, overnight lodging.

“As you all know, the LUMO predates the rise of the share economy, and it doesn’t specifically address this use, and that’s why we’re here before you with a short-term rental ordinance,” Grahn told council members.

The project to create an ordinance for STRs began in June 2019. Chapel Hill Alliance for a Livable Town teamed up with the Chamber for a Greater Chapel Hill-Carrboro and local hoteliers to request that the council develop a regulatory framework to address STRs.

In the fall of that year, council appointed a 13-member task force of different community stakeholders including hoteliers, STR advocates and operators, neighborhood residents and advisory board champions to study whole-house, non-owner-occupied rentals, which are known as dedicated STRs.

“We’ve all shared this interest in requiring permits in order to collect data and then clarify the number of STRs operating in the community and learn a little bit more about our short-term rental environment,” Grahn said.

Yet enforcing such an ordinance would be extremely challenging, similar to the difficulty of enforcing the town’s ordinance that prohibits no more than four unrelated people renting a house together. The town’s 2021-22 budget does not include any money to buy software that would track STR violations.

According to statistics kept by the Orange County Visitors Bureau, STRs have cut into the hotel business dramatically. In a year-on-year comparison, the average daily rate for an STR in April soared 51 percent from a year ago, rising to $194.52 per night from $128.91. During that same period, a hotel room inched up 12 percent to $96.65 from $85.98. Prior to the pandemic, the ADR for a hotel room in Orange County in December 2019 was $120.28. The ADR for an STR doubled between 2015 and 2020.

Among the many parts of the ordinance, Grahn said town staff wanted direction from the council on three parts of the proposed STR ordinance:

During the public hearing, several residents and hosts of STRs spoke either in support or against STRs.

B.J. Warshaw, an STR host, said having a three-strikes rule for noise complaints and other violations could be abused by neighbors who don’t want STRs in their neighborhood.

Warshaw also said STRs provide a lot of tangible benefits to the community.

“We’ve hosted all types of guests that prefer using services like Airbnb over traditional accommodations,” Warshaw said. “We’ve had parents who want to cook meals for UNC students, or individuals with serious allergies who can’t stay in hotels due to the type of cleaning products they use.”

Another resident, Carrie Deal, said having STRs in the neighborhood is using livable space that could be used for housing for Chapel Hill residents.

“That’s affecting our availability for affordable long-term housing, ultimately, in turn, increasing our housing pricing,” Deal said. “With all the development plans that we’ve heard about, we’re working to build and develop new affordable housing, but allowing short-term rentals seems a little bit out of balance.”

On top of that, Deal said, STRs will have residents worrying about different people coming and going every few days, which can affect safety in the community.

“As a parent myself, I want to make sure that our neighborhood that I live in is safe, not only for our kids as they go out to play, knowing our neighbors and not have to worry about excessive cars coming in and out throughout a couple hours,” she said.

Pointing out the competition between STRs and the hotel industry, Manish Atma, president of Atma Hotel Group, said dedicated STRs should be prohibited in residential districts.

“Dedicated STRs bring a commercial use to the residential neighborhoods,” Atma said. “They harm small businesses by relocating visitors out of commercial districts, they decrease the housing supply for residents, they make residential property more expensive to purchase or rent due to lack of inventory, and they decrease the amount of money that will be invested in legitimate hotel properties that meet all health and safety requirements.”

Council continued the public hearing until June 16 and plan to vote on the ordinance on June 23.

It’s Time for a Change: Hongbin Gu for Mayor