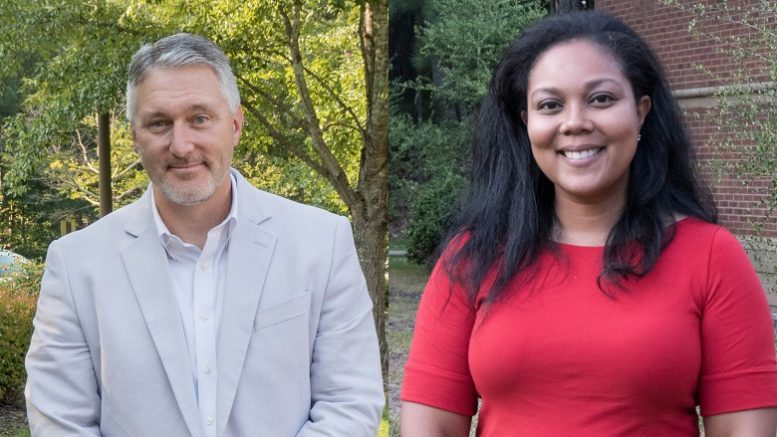 A School Improvement Team, (SIT), is a state-mandated school body that works with a school’s principal to develop a school improvement plan. The plan sets goals to help improve student performance. SITs comprise school officials, staff, teachers and parents and caregivers, and the latter are elected yearly by the largest organization of parents in the district. In the CHCCS district, the largest parent organization is the Parent-Teacher Association (PTA).

While CHCCS SITs have included parents from varied backgrounds, the individuals who seek election to SITs in the CHCCS district are typically white, upper-middle-class women. According to former PTA Council President Riza Jenkins, this means that there are other voices in the community that aren’t being heard on SITs, and not just minority voices.  “What does diversity look like?” Jenkins asks. “It’s not just race, gender, socio-economic, [or] maybe geographic backgrounds. [It also includes] gender orientation and identification… education, experience — including military experience — even neighborhood diversity.” In order for parents from all these different backgrounds to have a voice in crafting school improvement plans, Jenkins said, the PTA needs to recruit a more diverse pool of applicants to serve on the SITs.

When Jenkins took office as PTA Council President in July 2020, she found that PTAs — which are run by volunteers — varied in how well they understood their SIT election responsibilities, something Jenkins attributes to the fact that PTAs experience a high degree of leadership turnover each year due to the nature of the organization and term limits outlined in its bylaws. Additionally, she felt that the complexity or format of the SIT application at some schools may have discouraged certain groups of parents from applying. For example, at some schools, the applications were only available in English and Spanish and many applications required the parent to have internet access. “That’s why I wanted to standardize the process,” she said.  “To remove as many barriers as we could so that parents and caregivers can participate in their child’s educational experience.”

To that end, during her tenure, she educated PTAs on their election responsibilities, standardized the election application using the Racial Equity Impact Assessment Tool, had the application translated into five languages, standardized procedures and an election timeline, and gathered feedback at the end of the process to inform the next steps in the PTA’s efforts to diversify SIT teams in the district.

Jenkins said that, overall, most PTAs were very receptive to the guidance and were willing to make changes they acknowledged were necessary. “Sometimes [change] is a matter of bandwidth,” she said.  “Or of knowing how to bring about the changes that will make the process more inclusive.” She feels that, in the long term, the new standardized election process will help diversify SITs because parents and guardians will know what to expect from year to year, and who to contact for more information.

Even in a community that values education as much as Chapel Hill-Carrboro does, parents have not exactly been beating down the doors demanding to serve on SITs. As with many volunteer positions in the school district, many SIT positions go vacant because not enough parent and guardian candidates apply to fill all the seats available. According to Jeff Nash, Chief Public Information Officer for the district, families often don’t understand what role SITs play in a school, and some parents may feel that they aren’t qualified for the role, when in fact, the role is open to all parents.

Early indications suggest that the PTA’s efforts to diversify the district’s SITs have been effective. While the district does not ask candidates to indicate their racial or ethnic identity, Jenkins says she has anecdotal evidence that SITs have become more diverse in terms of race and gender. In addition, after the fall 2020 SIT elections, there was a request for a Spanish Translator to attend the periodic district-wide meeting of SIT chairpersons. Nash and Jenkins both hope that these changes to the election procedures will encourage more parents — and especially more parents from minority households— to apply to serve on their school SIT.

“A healthy School Improvement Team is a necessary and vital component to the success of any school,” Nash said. “Our school principals depend on these representative teams to assist in making important decisions and to execute their respective School Improvement Plans.”

Jenkins, who recently filed as a candidate for election to the CHCCS Board of Education, says PTAs need to continue to build on the SIT election structure now in place, and to continue working to remove barriers to implementing change. “Every change isn’t going to happen overnight,” she said.  “But it will happen if we are intentional about the change we want to see.”