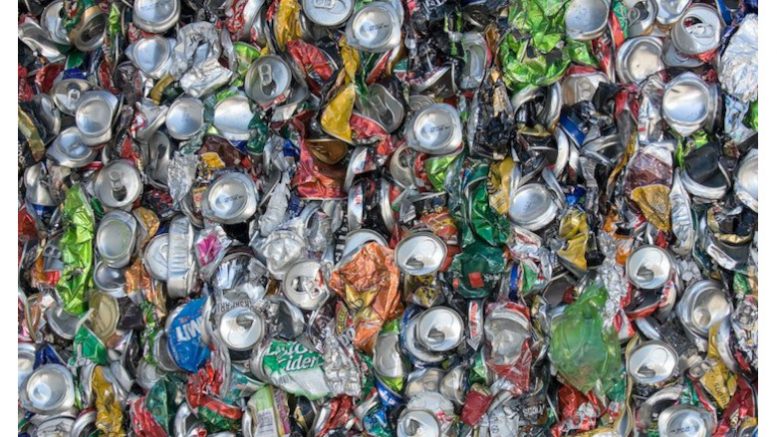 Photo by Darren Patterson via Pexels.com.

In the next few weeks, Orange County Solid Waste Management (OCSW), part of the county administration, will open a public comment period to gather input for a master plan already in the early stages of development. A preliminary outline is expected early in 2023, with the full plan due for presentation by midyear.

That effort is part of a national shift in understanding the dual nature of municipal recycling programs. They are essential components of environmental stewardship and sustainability. And, at the same time, recycling has become a major commercial industry. That is broadly taken as a net benefit, as such a business drives economies of scale and creates viable secondary markets, which in turn help fund collection and sorting. Not surprisingly, commercial operations have their own priorities, which usually, but not always, align with municipal and environmental interests.

In the fiscal year July 2021 through June 2022, OCSW collected 11,521 tons of recyclables or about 960 tons each month, according to Caroline Hausler, recycling and education outreach coordinator. In the county’s population centers of Chapel Hill, Carrboro, and Hillsborough, the curbside collection is done by GFL Environmental, Inc.,  under contract to OCSW; the agency handles collection itself with its own trucks in the rural areas of the county. That is a combination of curbside pick-up and collection centers.

“All of the trucks take their collected loads to the county pad, which is a platform on which we make a first sort,” said Cheryl Young, research and data manager for OCSW. “The main categories are paper, plastic, glass, and metal. Trash and contaminants are removed, and the sorted materials are loaded into larger trucks and taken to a commercial materials recycling facility.” (A materials recycling facility is often referred to as a “MRF,” pronounced “murf.”)

In 2017-18, OCSW surveyed everything collected and calculated a 12% “contamination rate.” That includes materials that are otherwise recyclable, but are tainted, for example, with oil or food residue. It also includes trash, dirt, non-recyclables, and—worst of all: “tanglers.”

Tanglers are the bane of any recycling system. Chief among those are plastic grocery and dry-cleaning bags, wire clothes hangers, power cords, and hoses. A worthless dry-cleaning bag that gets caught in an axle or gear can disable a sorting machine worth hundreds of thousands of dollars and put a sorting line out of commission for hours or days. Some of the other common tanglers may have value, such as the copper in a power cord, but should be taken to a collection center for special processing, not tossed in with the general recycling. The MRF processes the rough-cut materials streams from OCSW and sells what it can into the secondary market at prevailing commodity prices. “We pay a set processing fee of $100 per ton,” said Young. “They sort it and we get back 80% of the revenue of what they can sell. That is a blended rate, which we audit.”

In theory, the recycling program is self-sufficient, which is one of the elements in the master plan. The proceeds from the sale of recycled materials is a big part of that, but given the highly variable nature of commodity post-consumer markets for metals, paper and plastics, efficient operations are essential. The recycling program is also supported, in part, by the solid-waste program fee that all county residents pay. Those fees support other solid waste programs as well.

Aluminum cans are by far the most valuable component of the national post-consumer recycling stream. While only 3% of the material by weight, they account for a third of the value, according to current figures from the Recycling Partnership and the Can Manufacturer Institute’s CanCentral.com (see pie charts below). That is one million tons worth $2.1 billion. Graphic/Data courtesy of the Recycling Partnership, 2022, and Can Manufacturers Institute.

Not only are aluminum cans relatively easy to sort, there is also a huge environmental benefit: it takes 93% less energy to turn old cans into new cans than it does to make primary metal out of raw materials.

Mixed paper is the second most remunerative recycled material, but a distant second at just $1 billion. Notably, mixed paper is by far the largest category by weight at 14.7 million tons.

The big surprise may be glass. It’s the second largest component by weight, 7.6 million tons, but is a net loss of $24 a ton when part of a general collection. There are several reasons for that: glass is heavy, so it adds expense to move; it is breakable, which makes it both difficult and potentially hazardous to sort; and small shards become contaminants in paper and cardboard. Also, the after-market use is not usually back to new bottles, but as a component in other products, such as paving materials.

The equation changes when glass is collected separately. OCSW has such a system for bars and restaurants. Residents are encouraged to accumulate bottles separately and bring them to a collection center where there is dedicated collection. Under those collection conditions, glass can at least break even.

Plastic is highly variable. Soda bottles (polyethylene terephthalate, PET[E], recycling code #1) and milk jugs (high-density polyethylene, HDPE, #2) both have significant volume and value in secondary markets to make them worth collecting and processing. All other plastics (# 3-7) are a net loss.

OCSW numbers are in line with the national figures. “Aluminum is the easiest,” Young confirmed. “The price varies every month, but in July it was $1,500 per ton. That revenue helps offset glass, which is 10% of our stream, and for which we are charged $20 per ton.”

Corrugated cardboard varies widely in pricing. It is usually worth about $35 a ton, but has ranged as high as $160 a ton. It bears mentioning in a college town that pizza boxes are recyclable—mostly. Both OCSW and the National Waste & Recycling Association, the industry group for MRFs, confirm that small grease stains on the bottom of the box are acceptable, as long as the oily paper liner and all blobs of food are removed.

In May, OCSW began a pilot program called Recycling Stars under which curbside blue bins are spot checked. It is the tactical complement to the strategic master plan under development. Bins that contain no trash, tanglers, or other contamination get a star sticker on the bin. Households that are awarded two stars in a row are entered in a raffle for prizes worth about $50.

Bins that contain contamination are not collected but are given a sticker that says “oops,” along with a brief note explaining the problem. If a household receives multiple oops stickers, collection may be suspended until the household contacts OCSW.

“The Stars program began in rural areas and is being expanded to our entire service area,” said Hausler. “We are actively seeking new staff for it. It is a temporary position with [a] very flexible schedule, and we would love to have college students work for us doing that.”

The job is listed at $15.85/hour. For more information and to apply, click here.