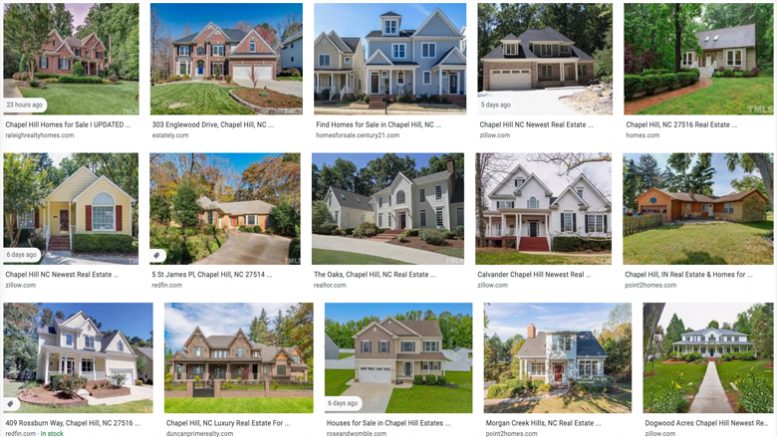 Chapel Hill real estate agents say the coronavirus pandemic has made a tough market tougher for home buyers in the area and a sweet market sweeter for sellers.

Early in March, Ben Batley, 37, and Susan Batley, 32, were preparing to move from their house in the Saxapahaw area to Chapel Hill so they could place their daughter in the Chapel Hill-Carrboro school district. After buying a house on Estes Drive on March 15, Ben Batley said he and his wife were worried they wouldn’t be able to sell their current home during the pandemic and they would be stuck with two mortgages.

“We just weren’t sure how long we were going to hold onto our other house,” Batley said. “We thought it was going to be really hard to sell during the pandemic.”

After they were able to receive a discount on their new house, the couple decided to go ahead with their plan and sell their first house once the opportunity presented itself.

“We were kind of able to buy at a lower price and sell at a higher price,” Batley said. “It worked out great for us.”

Pat Serkedakis, president of the Orange Chatham Association of Realtors, said significantly fewer people were buying or selling houses in Chapel Hill in March and April this year because of the pandemic.

“Activity dropped right away,” Serkedakis said. “People were concerned about what was going to happen so we weren’t doing a lot of anything.”

Serkedakis said he and other area agents were able to continue doing some business in March and April because they were considered essential workers under the stay-at-home orders in effect at the time. Serkedakis said many pivoted to virtual showings, and any in-person showings were, and still are, rife with masks, gloves and sanitary wipes.

Serkedakis said he thinks once people became used to pandemic conditions and were able to leave their homes more often, they became more willing to buy and sell homes and sales picked up — although not listings.

“By the end of April, we were starting to see some significant buyer activity,” Serkedakis said. “By May, buyer activity was in excess of what it was last year from a buyer angle. But from a listing standpoint, listings were off about 25 percent. We had as many buyers in the market as we had last year in May, but fewer listings to show them.”

According to data from Triangle Multiple Listing Services, sales in May 2020 were down 25.1 percent in the Chapel Hill-Carrboro city school district compared to last year.

As a result of the disparity between supply and demand, prices in the area have risen, which tracks with data showing median house prices in Orange County rising by 4.2 percent this year according to TMLS.

Susan Crawford, managing broker and owner of Triangle Home Crew, said some sellers may not be listing homes to avoid potential buyers spreading germs in them during tours. That drop in listings has caused difficulties for both buyers and agents.

The fact that generally only one tour can take place at a time in any given house, in accordance with National Association of Realtors guidelines, also makes touring houses more difficult. Crawford said that in many cases houses that go on the market late at night end up fully booked with tours by the next morning.

“You’re on the phone with your buyer at 8 o’clock the next morning saying ‘let’s get in,’” Crawford said. “And then you go to schedule it and it’s booked all day long. And you can’t schedule it till 8:30 that night. Chances are they’ve already accepted an offer at that point so they don’t want more people in.”

To deal with the current shortage of available homes in Chapel Hill, Crawford said buyers may need to lead with their strongest offers. For sellers on the other hand, Crawford said:

“Now is the time. Get it on the market because you’re going to get top dollar.”

Be the first to comment on "Real Estate in the Time of Corona: Buyers Beware, Sellers be Happy"