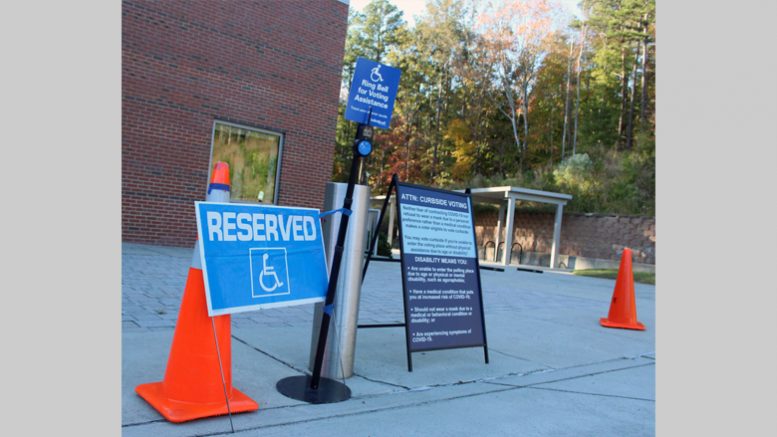 More local residents cast their ballots this year than voted in any recent election.

With all Orange County precincts reporting, 84,552 Orange County residents had voted, a turnout of around 76 percent of the county’s 112,000 registered voters.

That’s an increase in turnout of almost 4.5 percent in the county compared to the last presidential election. Statewide, turnout increased by more than 5.5 percent. It’s also the highest county turnout and the highest number of actual voters this century, in any election.

Most of the increase was due to voters who had cast their ballots before Election Day. More than 50,000 made their choices during the early voting period and another 25,000 or so voted by mail. That left only about 9,000 local residents who chose to cast their ballots on Tuesday.

The total numbers could still rise, since North Carolina will count mail-in absentee ballots postmarked on or before Election Day so long as they are accepted by county boards of elections by 5 p.m. Nov. 12. Election results aren’t certified until Nov. 13.

In races where there was no competition, Democrats Graig Myer and Verla Insko retained their seats in the state House; Democrats Samantha Cabe, Hathaway Pendergrass, Sheri Murrell and Beverly Scarlett will be taking their seats on the bench in District Court 15B; and Amy Fowler, Mark Dorosin, Jean Hamilton and Renee Price will all serve on the Orange County Board of Commissioners. Gail Hughes will serve as the Orange Soil and Water Conservation District Supervisor.

What changes in store for local police?

Be the first to comment on "Record Turnout in the County"