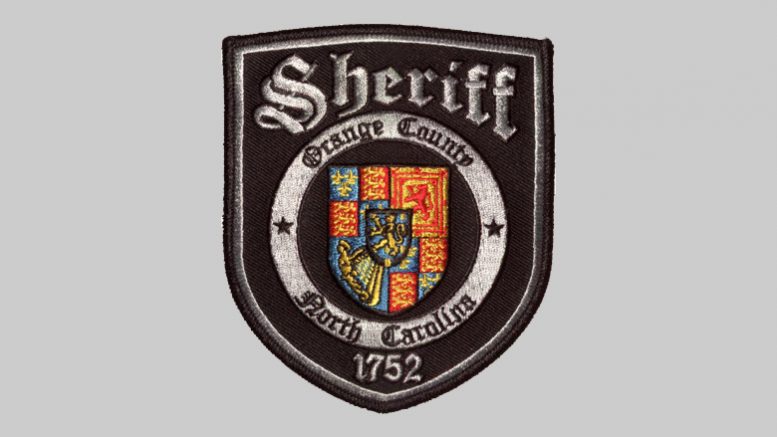 Authorities arrested Larry Dwayne Hougom, 49, of New Hope Church Road, Chapel Hill yesterday, charging him with 21 counts of third degree sexual exploitation of a minor. Hougom has been a registered sex offender since December 2009 when he was convicted of two counts of second degree rape. Additional charges for failing to register his online identifiers may be forthcoming.

According to Chief Deputy Jamison Sykes, there are three degrees of child exploitation. â€œIn broad terms, first degree exploitation of a minor involves producing the material or images. Second degree refers to disseminating or receiving the material, and third degree exploitation of a minor involves possessing it. Obviously, all levels of this crime involve significant harm to the victim, and the victimization continues every time this material is viewed or transmitted to another person.â€

The National Center for Missing and Exploited Children (NCMEC) received a cyber tip report last September. NCMEC then conducted an initial review and assigned the case to the North Carolina State Bureau of Investigation (NCSBI). After further assessment, the NCSBI assigned the case to the Orange County Sheriff’s Office (OCSO).
OCSO Investigators served a search warrant on Hougom in late October and seized 26 electronic items including computers, cameras, and storage devices. After reviewing the digital evidence, investigators were able to verify possession of sexually graphic images involving minors.

Hougom turned himself in on Monday afternoon. He posted a $5000 secured bond at the time of his arrest. His first court appearance is set for Thursday, February 6 at 2 pm.

Ashley Woodlief with OCSO is the lead investigator on the case. Anyone with information is asked to call her at (919) 245-2909.

A Cat in Need Finds Help