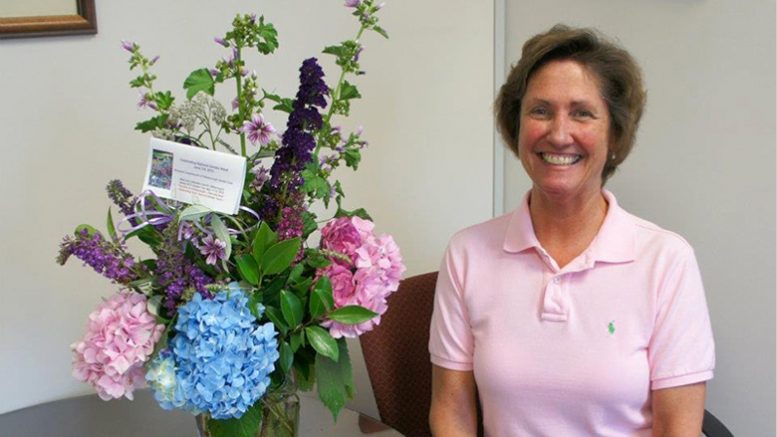 For the past 18 years, Donna Baker worked as Clerk to the Board of County Commissioners of Orange County in Hillsborough, NC

In this year of irrevocable change and loss, another name must be added to that long and growing list of what was but is no longer. Donna Baker died July 31, 2020 in her Orange County home. Donna was the clerk for the Orange County Commissioners since 2002, and unless you worked for or with Orange County, you may not recognize her name or know her work.

In a world where simple courtesies and human kindnesses appear to have lost some of their former currency, it’s important to remember people like Donna still exist. Her goal, in her job and in her life, was simply to help others navigate their daily challenges with a bit more ease. She woke up every morning wanting to do the next right thing.

Many of us know someone like Donna: dependable, smart, dedicated, steadfast, calm. And all too rare.

Whether you were conducting business with Orange County, an employee or a resident who needed assistance, Donna could be relied upon to smile and ask the one question we’re all happy to answer: how can I help? She sought peace and made peace, listening empathetically, defusing conflict and speaking the truth. Donna was described by many of her colleagues as a faithful and loyal friend and dedicated public servant.

Says former County Commissioner Moses Carey: “I loved that lady. She was so good to all of us. She treated county residents with special warmth when they came to her for help. She was a real friend and dedicated public servant, especially to the Board of Orange County Commissioners.”

Donna Dean Coffey, Orange County’s former Budget Director, says of her: “It is very difficult to put into words all of the joy that Donna Baker brought to the world. A genuine welcoming soul – always caring, nurturing, smiling, laughing – Donna was all of those and so much more! Regardless of how busy she was, she always took the time to make you feel welcomed. I will miss her deeply.” Donna cared deeply about the Board of County Commissioners and the team at the Orange County Clerk’s office.“I knew Donna for 40 years,” says former County Commissioner and North Carolina Senator Valerie Foushee, “and she remained the same person for that entire period of time: bright, respectful and caring. She was the most trusted, respected county employee during my time as a commissioner, and I suspect to the end. She made every commissioner feel like he/she was her favorite. That’s a gift.”

Said Barry Jacobs, former Orange County Commissioner: “Donna was universally liked and, for those who knew her and her work, universally admired. She made everyone feel welcome and valued while serving as the functional heart of the commissioners’ office, whether they came from inside government or beyond. Words such as good and kind come to mind to describe Donna Baker, descriptives that are all too rare among us. It was my honor to be on the board that selected her to be the County Clerk in 2002, and to work with her for most of her time with Orange County. Choosing the right people for the job is a little-noted part of being a local elected official, but one of the most important. Donna made Orange County and her many friends proud every day.”

It’s so easy to take the Donnas of our world for granted. We don’t often stop to remember that they have their own lives to deal with as well. Donna, like many of us, was a member of the “sandwich generation,” so named for baby boomers sandwiched between the responsibilities of helping our ailing elders and our growing children. With those caretaking roles come a whole bucket of demands on our time, finances, energy and courage. And yet Donna Baker still showed-up for others, forever dedicated to her public service role for Orange County, North Carolina. It seems odd on the face of it, but Donna reminds us of the motto of the state she worked for: Esse Quam Videri. It’s Latin, and it means “to be rather than to seem.” It comes from an essay written by the Roman writer Cicero titled “Friendship.” “Few are those,” he wrote, “who wish to be endowed with virtue rather than to seem so.”

Donna was one of those few, and we will miss her terribly.

Be the first to comment on "Remembering a Good Woman"