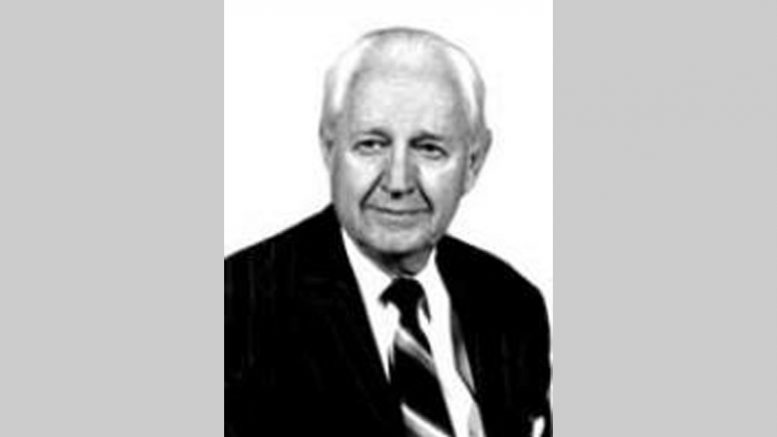 The Rev. Robert Seymour, a major voice in the community for 70 years and a pivotal figure in the local battle for civil rights, has died at the age of 95. Seymour’s death, after sustaining injuries in a fall, was announced Sunday by Binkley Memorial Baptist Church, where he was the long-time pastor.

“He was a giant in the 1960s civil rights movement by working with UNC coach Dean Smith to integrate restaurants in Chapel Hill and basketball in the South,” remembered Rep. Verla Insko on Twitter. “He will live on as a giant in the civil rights movement of the ‘60s in Chapel Hill and North Carolina,” wrote Orange County Commissioners Chair Penny Rich.

Seymour became the first pastor at Binkley in 1959, when Chapel Hill was still a rigidly segregated community. But the church, under Seymour, had an open membership policy that sought to include not only all races, but all Christians. That earned the church and its pastor reputations in the Southern Baptist Convention for being “uncooperative.”

Seymour also founded the Fellowship for School Integration, which prodded the local school board, which had been dragging its feet, to move more quickly on desegregating local schools. In addition, in 1963, he helped organize the Inter-Faith Council for Social Service and served as its first president. He was instrumental, as well, in founding the Chapel Hill Senior Center, which was named after him and his wife Pearl.

Even after he became pastor emeritus, in 1988, he remained, for his entire life, an active progressive, fighting for social justice.

A Small but Important Town Icon

Be the first to comment on "Rev. Robert Seymour Dead at 95"

Subscribe for free to the community's ONLY local nonprofit news source! Support local journalism by becoming a sustainer.Click the PayPal Donate button below, for a one-time gift or — even better — make a monthly donation. You can use this Venmo link for TheLocal-Reporter, or mail a check made out to "Friends of Local Journalism,"publisher of The Local Reporter, to: POB 16341, Chapel Hill, NC 27516-6341

Direct from his Chapel Hill home, it’s “John News,” a video podcast written, produced and performed by 7 1/2-year-old John Wortman, a second-grader at Ephesus Elementary School. The Local Reporter is proud to present the weekly “John News” to help, in John’s words, “bring some happiness to people during these trying times.”