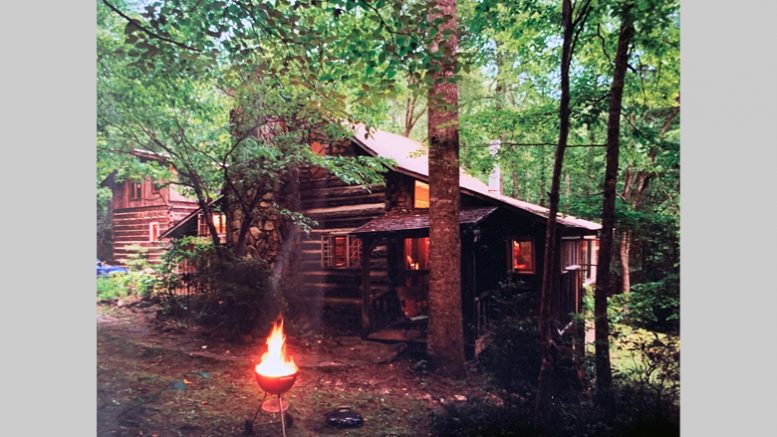 In 1845 he self-quarantined for two years and two months at a one-room cabin he built himself on the shores of Walden Pond outside of Concord, New Hampshire.

Neither by edict nor necessity, but rather by intention, Thoreau wanted to “simplify, simplify.” His solitary writings recording of that self-imposed exile come down to us in the classic book “Walden.”

“I went to the woods because I wished to live deliberately, to front only the essential facts of life, and see if I could to learn what it had to teach … I love to be alone. I never found the companion that was so companionable as solitude … I am no more lonely than the loon in the pond that laughs so loud, or than Walden Pond itself. What company has that lonely lake, I pray?”

Perhaps back in a high school literature class you once plodded dutifully through Thoreau’s dense, formal structure. But now, in the present landscape, Walden strikes me as fresh, inspirational — a prescient guidebook for these COVID-19 times.

“I would rather sit on a pumpkin and have it all to myself than be crowded on a velvet cushion. I would rather ride on earth in an oxcart, with free circulation, than go to heaven in the fancy car of an excursion train and breathe in the malaria all the way.”

Taking a page out of Thoreau’s playbook, back in the mid-‘70s I threw in with a happy band of tie-died, bell-bottomed “back-to-the-landers” and built my own cabin in western North Carolina where, when I wasn’t bending nails and hammering fingers, I worked at the local newspaper I’d helped launch. It was a simple cabin, but a palace to me.

“Consider first how slight a shelter is absolutely necessary… If one designs to construct a dwelling house, it behooves him to exercise a little … shrewdness, lest after all he finds himself in a workhouse, a labyrinth without a clue, a museum, an alms-house, a prison, or a splendid mausoleum instead.”

After all these years, the simple cabin still offers a respite from the Triangle’s soul-eating sprawl, a refuge for solitary contemplation, a power spot for mindful writing, the very best clear mountain creek for the 12-year-old going on 70-something in which to play.

“Time is but a stream I go a-fishing in. I drink of it, but while I drink I see the sandy bottom and detect how shallow it is. Its thin current slides away, but eternity remains.”

Surviving — and even thriving — during this pandemic takes the emotional intentionality of Thoreau. Call it spiritual true grit. Or psychic immunity. Re-reading Thoreau reminds us to quit kvetching about the toilet paper and instead to celebrate the ordinary.

“There can be no very black melancholy to him who lives in the midst of Nature and has his senses still … in wildness is the preservation of the world.”

Correction: Walden Pond is located outside Concord, MA, not NH.

3 Comments on "Revisiting Walden, in the Time of Coronavirus"