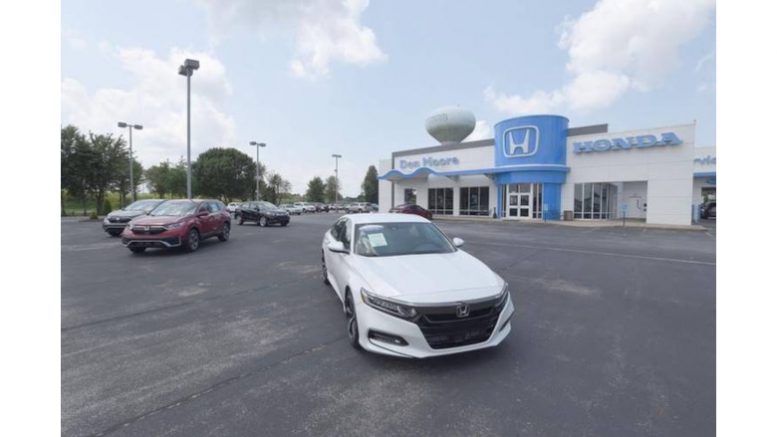 Like many, I’ve been biking more during the pandemic, and early this year I decided to treat myself to a new mountain bike, since my current one is about 35 years old. I had heard that bike manufacturers were behind in orders, but I was still surprised when I got on the phone with the manufacturer and was told “Yeah, we can get you that model in about 12 months.” Similarly, after I drove to High Point to order a couch to replace an ancient futon in my study, a normal 12-week wait turned into what I hope will be only seven months because of what I’ve been told is a “foam crisis” (Google it. It’s real!). While we’re all thankful that toilet paper and ground beef are again plentiful, the world continues to be roiled by supply chain constraints and labor shortages. Computer chips for cars (and therefore new and used cars), wait staff for restaurants, school bus drivers, liquid oxygen (and, thus, drinking water in parts of Florida): many and surprising things remain in short supply.

Conversely, many people’s bank, brokerage and retirement accounts are relatively flush – a phenomenon not limited to top income deciles. The COVID-19 pandemic has been an extraordinary period in many ways and household finances have been no exception, due to a range of factors. When COVID-19 appeared and monopolized the world’s attention, financial markets plummeted as unemployment rolls skyrocketed. Chastened by the experience of the 2008-2009 financial crisis, central banks and governments around the globe enacted a number of programs – monetary (interest rate and asset purchases) and fiscal (tax changes and transfer payments) to support the economy. In the United States, capital markets recovered much more quickly than anyone could have anticipated in the depths of lockdown. Labor markets have also healed markedly, with unemployment now below levels not long ago considered by economists to be as low as they could go without spurring excess inflation. Not entirely coincidentally, and somewhat worryingly, inflation has been running higher than desired.

It’s all rather abstract, but we see it playing out in our own lives daily. What does it mean for people to have money when they can’t spend it, because all sorts of things and experiences people want aren’t available? Textbooks define money as having three core functions. Money is a medium of exchange, a measure of value (AKA “unit of account”), and a store of value. Right now, only the medium of exchange function is happening smoothly (though it has been buffeted by shortage of coins). Inflation erodes money’s store of value function but also, in some sense, its ability to accurately measure value. This is both because we’re not sure how much we’re willing to pay for things, but also because we might be entirely willing to pay for, say, a dinner out, only to arrive at a restaurant and find it takes an hour longer than expected, so we’re forced to pay not just with money but with an uncertain amount of our time.

It’s not at all surprising, then, that money has found its way to some rather novel and extreme uses under COVID-19. First and most famously, markets supplanted and supplemented the entertainment and self-expressive qualities of sports, video games and, to some extent, fashion as new retail investors armed with “stimmies” (stimulus payments) opened brokerage accounts and dove straight into trading so-called meme stocks, such as GameStop and AMC Theaters, as well as options on the same, thereby using money as a means not just to speculate but to brandish a middle finger at the establishment. Cryptocurrencies – especially the woolliest ones like Dogecoin — and such novelties as SPACs and NFTs (non-fungible tokens) offered many new market participants further means of sometimes exuberant self-expression.

It was heartening to see that one of money’s traditional and most fulfilling uses was in full bloom in America under COVID-19: giving. Studies have shown that giving money away is one of the things that consistently makes many people happiest. In 2020, according to Giving USA, American charitable giving rose to a record $471 billion. MacKenzie Scott, one of the founders of Amazon along with her ex-husband Jeff Bezos, set the tone and inspired many by giving away about $8.5 billion between 2020 and 2021. Scott notably did this by making unrestricted gifts to recipient organizations, moving away from the highly controlled, metrics-driven style of giving exemplified by the Bill and Melinda Gates Foundation and providing an occasion for healthy debate in the philanthropic world about the role of the giver.

So, if you’re looking at high account balances and are frustrated by your limited ability to make use of your money, caught between the Scylla of market volatility and the Charybdis of inflation and unavailable goods and services, take comfort in the fact that there’s still one good and certain way to make use of your wealth. Give some away. There are many who have the opposite problem and lots of ways to help them.

The Upside of Inflation