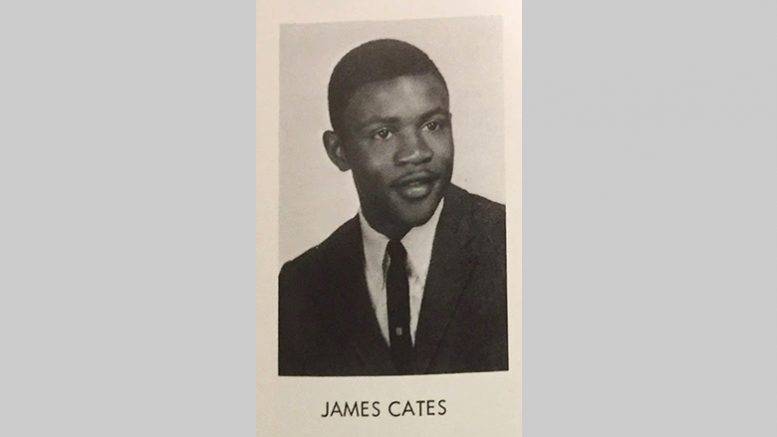 Fifty years after his death, local residents, the Town of Chapel Hill and the University of North Carolina are honoring the life of James Cates — and trying to uncover how and why he died.

On Nov. 21, 1970, Cates, then 22, was murdered outside an all-night dance marathon on UNC’s campus. A Black resident of Chapel Hill’s Northside neighborhood, he was stabbed by a member of a white supremacist motorcycle gang called the “Storm Troopers.” Eyewitnesses at the scene said Cates lay on the ground bleeding for 20 minutes before being taken to the hospital just down the road.

His murderer has never been found.

Chapel Hill Mayor Pam Hemminger announced this week that the town will pursue “a full accounting of the events that led to the attack on James Cates, his subsequent death and all that occurred after he died.”

The town, she added, will “seek to learn why this tragedy happened in Chapel Hill, what role the Town of Chapel Hill played in these events, and how we can ensure that it never happens again.”

To that end, Hemminger said, “we commit to working with the Cates family and with our partners at UNC to engage honestly with the people of Chapel Hill to comprehensively investigate the events of Mr. Cates’ murder. We commit to being open to and transparent about all discoveries made as a result of this process.”

On Dec. 9, the Chapel Hill Town Council will recognize Cates, one of the first Black students at the newly integrated Chapel Hill High School, and formalize the town’s support of the effort.

Meanwhile, UNC Chancellor Kevin Guskiewicz announced that a committee composed of researchers from campus, members of the Cates family and officials from the town will launch a year-long exploration of the events of Cates’ murder.

“This is an opportunity to finally tell the full and complete story of this horrific event, with the guidance of the Cates family,” Guskiewicz wrote to the Carolina community. “The first step to understanding our history as a university is to tell our stories frankly, truthfully and without any pretense. … This story has been silent for far too long, and we are grateful to our faculty and to the Cates family, who have suffered the loss of their loved one, for partnering with us.”

The chancellor added that “only by discovering, sharing and discussing the details of this story together can we continue to learn, grow and become the inclusive and welcoming community we aspire to be.”

On Saturday, the anniversary of Cates’ death, community members can, throughout the day, leave flowers or personal messages to the Cates family at Peace and Justice Plaza on Franklin Street.

In the afternoon, led by some of Cates’ fellow Black Chapel Hill High alumni, local residents will lead a remembrance march from Hargraves Community Center to the plaza.

Cates “never received the justice that he deserved and our community still remembers,” said Dave Mason, an organizer of the march and one of the civil rights icons dubbed the Chapel Hill Nine. “We are working to bring clarity and healing 50 years later.”

Coming Together, Years After High School

Be the first to comment on "Searching for Justice, Remembering a Murder"