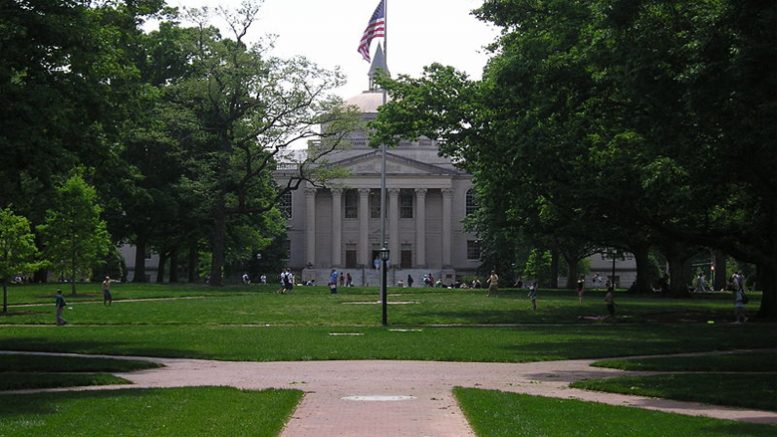 While UNC has already begun its spring semester and decided on a delayed start for in-person classes, some professors and students are calling for the university to do more.

“I personally don’t have any in-person classes, so the delay doesn’t make a big difference with my class schedule and day-to-day, but I do think it’s a good move to theoretically try to limit the spread of COVID on campus,” said Rachel Rezabek, a senior at UNC. “Overall, I don’t feel unsafe but I also don’t think everything is going as smoothly as it could be to protect faculty and students, both in Chapel Hill and on campus.”

University leaders announced Jan. 7 that all in-person classes wouldn’t begin until three weeks after the semester start, on Feb. 8, and gave students the option to move into campus residence halls as late as Feb. 7.  The academic calendar will remain unchanged and students can expect the same grading accommodations received in the fall.

“We are making these changes with the health of our campus and the community in mind,” Chancellor Kevin Guskiewicz and Provost Robert Blouin said at the time. The decision was made when COVID-19 cases and deaths rates were increasing in most North Carolina counties, as they have continued to do.

“I think pushing back was not only a good idea, but the only wise thing to do at this point given the current surge and what we know about the numbers and given the hubris about how we handled it in the fall,” said Sue Estroff, a professor in social medicine. “I think we are rightly more cautious and at some point, we are all dealing with how much risk we are willing to take.”

In early December, almost 70 faculty members signed a letter to the UNC community outlining their concern over 2021 spring reopening plans and urged leaders to consider another fully remote semester until a higher percentage of the population was vaccinated.

“The governor of the state is saying stay at home … and we are saying move, move to our campus,” said Deb Aikat, a journalism professor.

The letter asked university leaders to consider allowing only students with special circumstances to live in on campus housing, which amounted to around 1,000 students in the fall.

The university is implementing a rigorous testing plan, requiring mandatory testing before students can return to campus and weekly testing throughout the semester. But some faculty members point out that may not be enough to prevent virus surges.

“We need to test a lot, but testing is a tool—it is not an answer, the behaviors have to be there,” said Estroff.  “It has to be a combination of testing and vaccination; we will never get there unless we have as much vaccination as we have testing.”

She worries that students may let a negative test result influence their behavior and would like to see a certain percentage of the campus population vaccinated before UNC reopens its doors with in-person classes.

“Personally, I think the … testing requirements are good in theory, but in practice they are in a really small space with really long lines of people, meaning a lot of possible exposure that most of us without in-person classes wouldn’t have,” said Rezabek.

UE Local 150 and other groups of workers employed by the UNC System are still petitioning chancellors and the Board of Governors to not open campuses for spring 2021. They are demanding that all work and classes be remote, that on campus living be restricted to those without any other option and that workers be brought to the table to discuss future plans.

Aikat said that the uncertainty in semester plans puts a lot of strain on professors and their ability to plan, but students bear the brunt of it.

“The uncertainty is something we are trying to grapple with and I am very concerned about the mental health of our students and the well-being because what happens is, when you make these rapid changes, it is the students who have to balance,” said Aikat.

But despite the concerns, there is also some optimism concerning the potential spread of the virus now that more students are in the community.

“Overall, I feel everyone’s attitude about COVID has changed a lot since August. For one, there are a lot fewer unknowns. It feels like we know what we are actually up against now,” said Anna Eblen, a UNC sophomore. “I do have hopes that this semester will be better now that we feel more established with how things have changed.”

“This pandemic has called upon us to consider a different kind of citizenship than most of us have had to consider,” said Estroff.  “Each of us has a real life, material obligation not to endanger other people.”

Be the first to comment on "Semester Begins, but Concerns Remain"