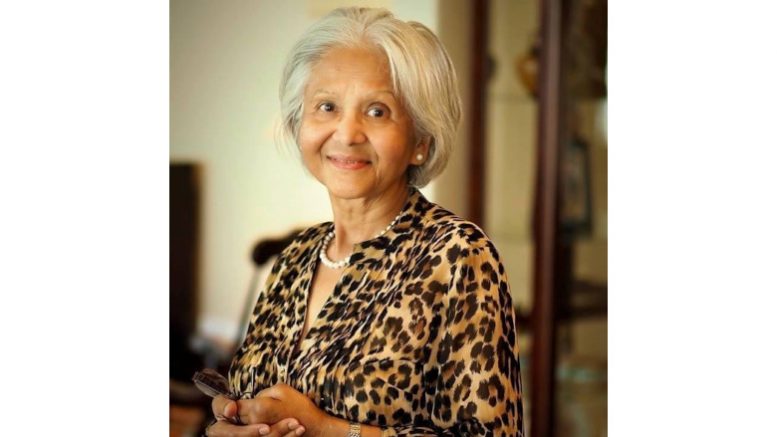 Shirin Vidya Chand, 78, of Chandler, Arizona passed away March 31, 2022, with complications from rheumatoid arthritis with family by her side.

She was born May 29, 1943, in Nainital (in the Himalayan mountains in India) to George and Champa Patrick who were both physicians for the Leprosy Mission. She grew up in the state of Uttar Pradesh (U.P.). She was a proud graduate of Isabella Thoburn College (I.T.) in Lucknow where she studied Biology. Afterwards, she earned a Master’s degree in Zoology from Lucknow University.

Shirin taught Biology at her alma mater, I.T. College, until she married Donald Chand in 1966 at the age of 23 and moved to Boston to be with him. Within a year, they moved to Atlanta where they raised their children for 17 years before moving to the Boston suburbs. For many years, she worked at Lotus Corporation in Massachusetts, and had a strong bond with the community at the Harvard Epworth United Methodist Church in Cambridge, where she was an active member.

Shirin most treasured her time spent with her 5 grandchildren and was actively involved in their lives. She loved sharing stories about her grandchildren. When her younger daughter and her family moved to Chandler, AZ, she and Donald moved along with them and lived nearby. She continued to help with the children, making dinners, driving to and from school/activities, helping with homework, and telling stories about her life.

Shirin was an excellent cook, loved discussing politics, contributed to many philanthropic causes, enjoyed gardening, and was an avid reader. She hosted holidays and always had a seat at her table for anyone who needed one. She had deep relationships with her friends, had a tremendous zest for life, and people loved to be around her. Her presence will be deeply missed.

Shirin is survived by her husband of 55 years, Donald Chand. She is also survived by her daughters Renuka Soll (Jack Soll), of North Carolina, and Ranjana Burke (Wally Burke) of Chandler, and her grandchildren: Justin Soll, Emmy Soll, Nolan Burke, Megan Burke, and Jessica Burke. She was also the cherished sister of her brother Sonny Patrick, of Georgia, and pre-deceased by Sammy Patrick, of India. She was also a beloved aunt, cousin, and friend.

There will be a celebration of her life in the near future.