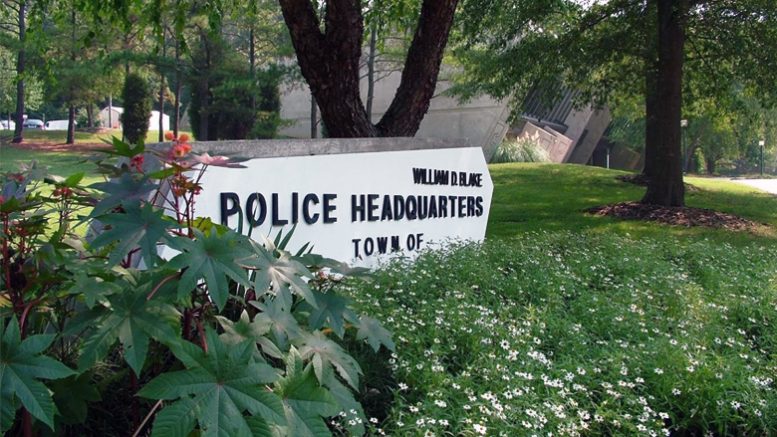 At the Chapel Hill Town Council’s final meeting of the fiscal year, council members approved a heartfelt resolution to improve racial equity and public safety. Most community members who spoke, however, were underwhelmed.

The “Resolution on Developing New Community Approaches to Improve Racial Equity and Public Safety in Chapel Hill” had not been made public before the meeting. Many of the more than a dozen members of the public who spoke said they were not aware the council was going to put forth a resolution that night. They chastised the council for not letting the public see the resolution in advance and not consulting key voices in crafting it

Some said it had not been published on the agenda, which must be made public 48 hours before a council meeting. They said town advisory boards of the Justice in Action Committee and the Community Policing Advisory Board had not been consulted in crafting the resolution, nor was the Northern Orange County NAACP.

“You didn’t show your work,” Rachel Collman, an MSW student at UNC, told the council.

At its June 24 meeting, the council was set to approve the town budget for the fiscal year 2021, which began July 1, 2020. Two weeks earlier, at the June 10 council meeting in the immediate aftermath of George Floyd’s death by police in Minneapolis, dozens of community members, including Collman, advocated for defunding the Chapel Hill Police Department as a clear commitment to policing differently.

Their combined comments lasted nearly four hours. Some of the speakers logged in to the June 24 meeting to see how the council had reflected their input in the budget.

Although the budget had some important tweaks — for example, giving raises to town employees on the low end of the pay scale so they would be paid at the level recommended by the Living Wage program — police department funding remained intact.

“While attendance and speakers at this meeting may be lower and the influx of emails to your inbox has slowed, this does not mean we’re not still demanding change and demanding better of all of you,” said Emile Charles, recently named a Town Hero by Chapelboro.com for his role in organizing Black Lives Matter demonstrations.

The resolution ran to four pages and included sections on actions the police department can take now and information that town staff can collect to help the council make better decisions.

Town Manager Maurice Jones said many of the elements found in the first section of the four-part resolution are either already in policy or are captured in police department training, but that the council had asked that the language be more explicitly clear.

“Our police department has already de-emphasized several enforcement measures where significant racial disparities have been identified,” Jones wrote in an email. “Regulatory traffic stops are an example of an area where we have already taken action to reduce these.”

The resolution calls for the police to eliminate regulatory traffic stops, such as expired vehicle registration and broken taillights and windshields, which, Jones wrote, “will allow us to focus our traffic enforcement efforts on safety and speed-related stops.”

The resolution requires the town manager to share with the council and the public more data on the type and volume of emergency response calls and a detailed breakdown of how money allocated to the police department is spent.

The section on oversight spells out a number of actions town staff and advisory boards are doing already. For instance, the resolution asked that there be no staffing changes to the police department until the council had reviewed the data. The town budget had already imposed a hiring freeze.

In a section on “a path to change,” the resolution authorizes the town manager to spend money on community and faith-based groups to hold a series of listening sessions and information-gathering events.

Most of the speakers objected not so much to the content of the resolution but to the process.

“This sets precedent that the council could put forth a resolution without consulting its constituents,” Collman wrote in an email. “While the council’s resolution reflects their listening to the previous meeting’s public outrage over policing and injustice against Black people, the democratic process was lost.”

She said the town has since sent her an email about action steps for the resolution, but she believes the timeline is too slow and not far-reaching enough, and she would like to see a genuine effort made to involve the community.

“It’s not me that our town council needs to listen to, but its Black constituents who move through the racist landscape of our town’s past and present.

“My broader concern is simply passing a resolution saying our town supports its Black neighbors is not enough.

The Hoot in the Holler