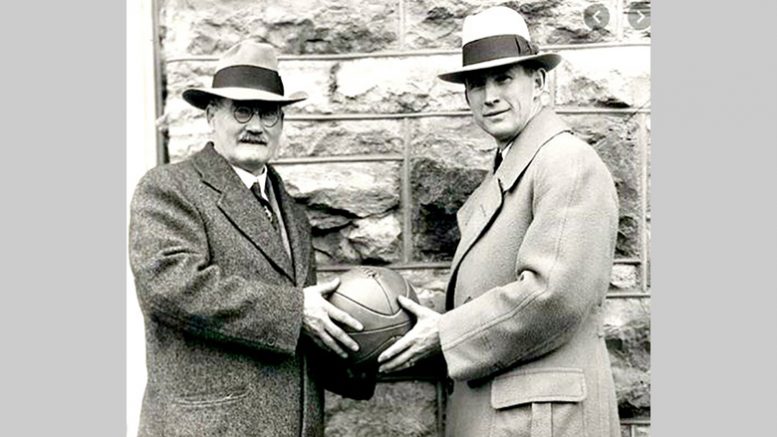 Spotlight on Luke Zhang, Founder, Dunk or Three: The History of Basketball Among the many things this pandemic has robbed us of, the absence of sports is a loss that’s deeply felt – but enthusiasm for sports hasn’t waned. Take Luke Zhang, for instance. He’s just a regular guy who loves the game of basketball. When he’s not hooping it up you’ll probably find him sitting in front of his laptop watching NBA games (when they used to be played) or writing his blog posts for his website.

Luke is the most avid of avid fans. He’s been playing the game since he was ten. “I’ll never forget the day I bought my first basketball,” he says. “It was a fantastic feeling. I cuddled it with my eyes wide open — waiting for the day to dawn. I got out of bed early and dashed down to the court, where I played all day and missed my breakfast and lunch.”

Luke’s passion for the game prompted him to create his website. He calls it “Dunk or Three.”

Why Dunk or Three? He thought about it for a long time. “I wanted the perfect name,” he says. “I brainstormed a few cool names, asked friends for opinions, and finally, it all came down to dunkorthree.com.” You can read his posts here.

The name of his blog reflects the age-old question: which is better, to dunk or take a three? Some people prefer dunking, while a lot of fans believe a three-point shot is the new slam dunk.

Luke is in favor of the three. “I’m a big fan of Stephen Curry. I love his deep threes.”

What’s of special interest is how Luke recognizes the strong connection between the history of basketball and the town of Chapel Hill and its Tar Heel Basketball team.

After all, this is a website about James Naismith and the history of the sport. The game began with Naismith, the Canadian-American physical educator, physician, Christian chaplain, coach, and innovator. He honed the sport at Kansas, living to see basketball adopted as an Olympic demonstration sport in 1904 and as an official event at the 1936 Summer Olympics in Berlin, as well as the birth of the National Invitation Tournament (1938) and the NCAA Tournament (1939).

From there he created his basketball family tree, coaching Forrest “Phog” Allen, who became Naismith’s successor at Kansas. Allen embarked on a coaching career that would lead him to be known as “the Father of Basketball Coaching.” And if he was the father, Dean Smith was his son, learning the game from his mentor and going on to perfect it. But no one has had more of impact on the sport — and the greater cultural issues surrounding it — than has Smith. His influence is without parallel. When Michael Jordan was inducted into the Basketball Hall of Fame, he said, “There’s no way you guys would have got a chance to see Michael Jordan play without Dean Smith.”

It may be some time before we’re able to enjoy a good Tar Heel basketball game, but we can experience it vicariously through Luke Zhang’s enthusiasm and knowledge. Check out his website here.

Orange County Visionaries for a Just and Equitable World

Be the first to comment on "Spotlight on Luke Zhang, Founder, Dunk or Three"