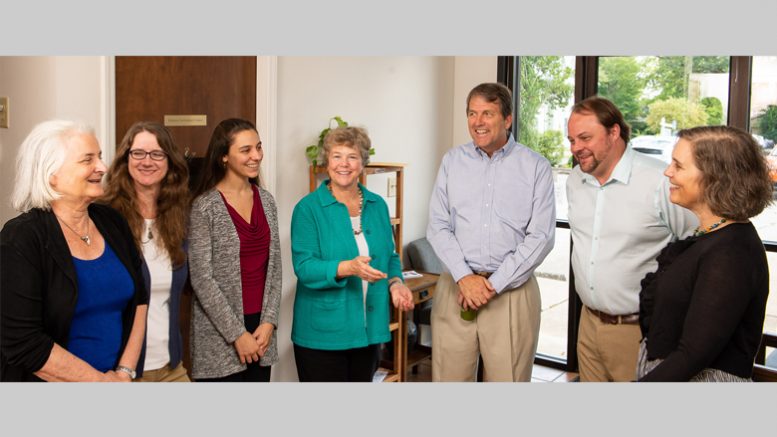 As Orange County’s “stay at home” order, issued because of the coronavirus outbreak, begins to take effect, it means more time around spouses and kids. For some families, it may mean college students and young adults returning, living at home with parents again. Roommates are now sharing space with each other almost all the time.

As cabin fever starts to set in, houses and apartments suddenly seem a lot smaller than they used to, personal conflicts seem a lot more possible and healthy conflict resolution a much greater need.

“Conflict is a really scary thing for everybody,” said Jennifer Yarnelle, mediation director at the Carrboro-based Dispute Settlement Center. “Avoiding conflict is a huge one for lots of people. They are scared of it, they don’t know how to deal with it, they will run from it and deny it.”

The DSC has been helping resolve conflicts for more than 40 years. That might be finding alternative dispute resolution, facilitating group discussions, working as a mutual third party in mediations, leading restorative justice practices or conducting training.

“We’re all about getting people together for effective communication,” said Yarnelle.

Avoidance, while sometimes helpful, is not always the best strategy, she said. In fact, taking action before a conflict occurs can often circumvent friction entirely.

“It’s a lot easier to work or play or live together if everybody’s on the same page about how they’re gonna do that,” Yarnelle said. Establishing a set of guidelines, one in which every member of the household has a say and input, can be a crucially important step to a quieter, less-conflicted home.

“For families that are just now coming together,” added Yarnell, “it would be great to be able to [establish guidelines] while things are still relatively peaceful.”

A crucial step in setting up guidelines is effective listening. Often, this means approaching conversations with empathy, and reflecting on what is said.

“There is so much going on,” said Will Dudenhausen, the center’s training director, “and a good rule for the world in normal times is to just treat everybody’s concerns and needs and frustrations as legitimate and real, and respond in that way. It’s the best possible thing we could do.”

Dudenhausen, the father of two young children, also had some insight into how to deal with kids while living, working and parenting from home.

“I think there’s an expectation right now on parents that they are providing the role of educator, parent, worker and all these sort of roles they’re normally used to providing one at a time. And being kind and patient with yourself … not pushing too hard on those things, not setting your expectations on a place where they’re unreasonable, will be very helpful.”

Another strategy Dudenausen suggested was limiting stress. Something as simple as reducing news intake to 30 minutes a day, and taking a step back from current events and breaking news, he said, can be a big help.

When it comes to dealing with older children, Val Hanson, the DSC’s restorative justice director, also had personal as well as professional experience to draw upon.

“We kind of went from only having dinners in the evenings to being around each other all the time,” said Hanson about her family of five, which includes three teenagers. “A big part of what we’re doing is learning how to be flexible, gentle and patient.”

Much like the creation of guidelines, creating a schedule can ensure that home-life keeps much of its needed structure and cooperation.

“[Figure] out how to have a bit of a routine, also have some boundaries … we all need a little bit of personal space, adults and kids, and also [manage] what’s really essential and important,” Hanson said.

As with all these strategies, communication is the key. Without effective communication between everyone in the house, conflict can arise and tempers can boil. This can be especially true with teenagers.

Yet, as Hanson said, when young adults are included in decision-making, such as with guidelines and schedules, they can keep some of the autonomy they have lost in recent weeks. This can help to reduce the oftentimes inevitable collisions that result from living in such close proximity to one another.

“Being grateful every day for the things you have, I think that rubs off on everybody,” he said. “As opposed to worrying about the things you don’t [have], if you come at it from a place of gratitude you’re going to get along a lot better. And you can talk about those things out loud.”