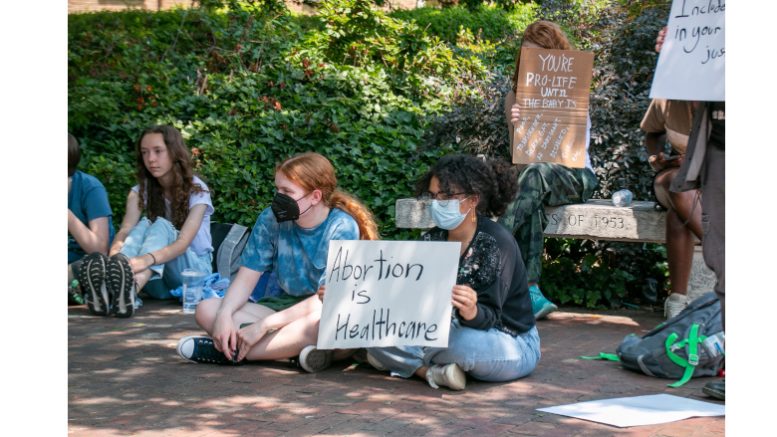 Students from multiple Chapel Hill-Carrboro City Schools staged a walkout Wednesday in support of abortion rights and made their way to Franklin Street for a small organized protest. About 30 students gathered with homemade signs in the shade of the Old Well on UNC‘s campus to support one another, share stories and express anger at an expected Supreme Court decision to end the constitutional right to abortion.

The right to abortion was established in 1973 by the Supreme Court’s decision in the landmark Roe vs. Wade case.

Student leaders told their stories, including one transgender student who recounted the dysphoria they felt at being misgendered in the emergency room while being treated for an ovarian cyst.

Other students spoke about the misinformation they said they received in their health classes. One student, who wanted to remain anonymous, said that her health class didn’t have a qualified sex education teacher.

Another student recounted how her sister, who had a baby in the last year, was still suffering from hormonal imbalances brought on by pregnancy. Heads nodded as she said that access to reproductive rights, to birth control and to abortion is access to healthcare.

Caroline Campbell, a freshman at Carrboro High School, said she walked all the way from the high school to the Old Well to show her support. “[The reversal of Roe vs. Wade] is going to affect people’s lives very negatively…. I’d rather share my voice than stay silent,” she said.

Another Carrboro High School student, who wished to remain anonymous, was there because, “We don’t talk about abortion at all…. I haven’t been taught sex ed, I will not be taught about sex ed, I will graduate without being taught sex ed…. It’s dangerous not to know.” Her friend agreed, saying, “I feel we should be more educated.” 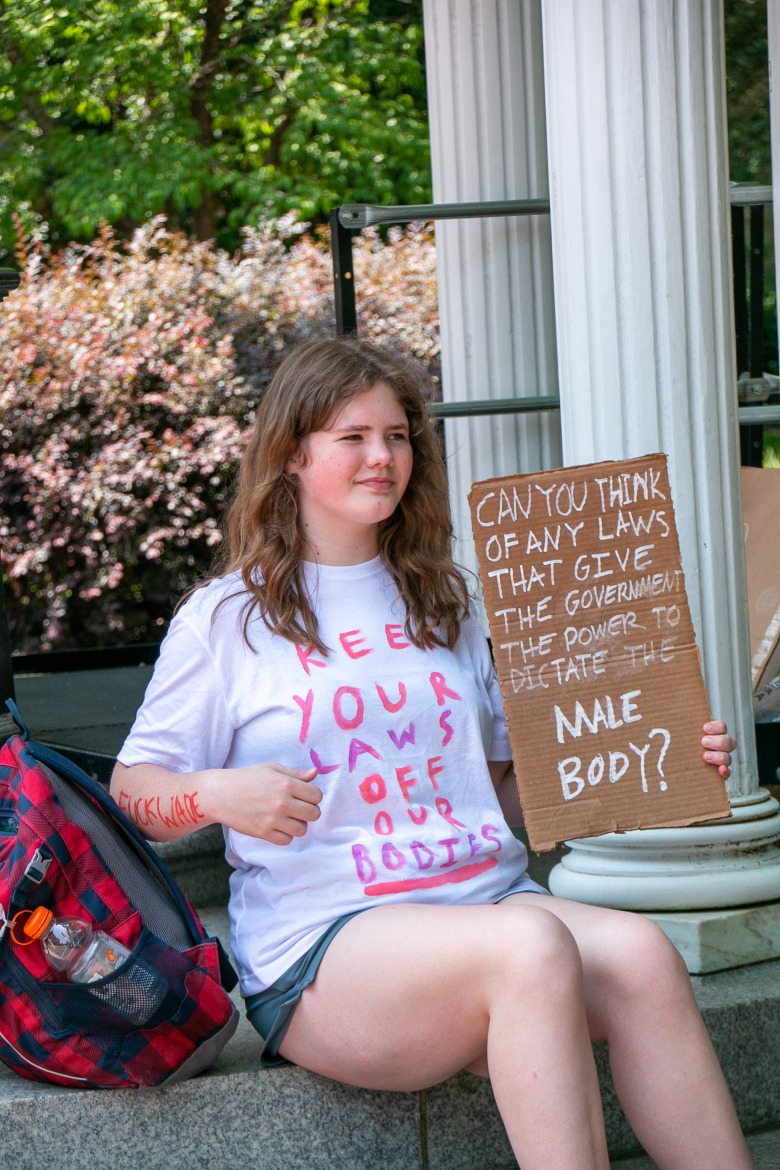