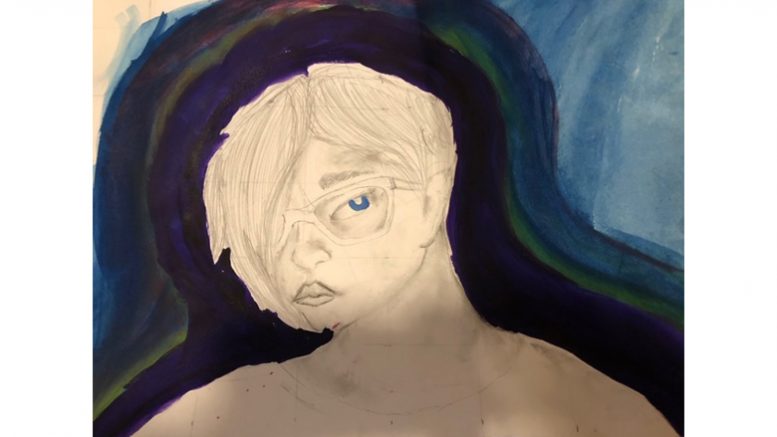 In a community known for its commitment to arts and education, Stella Waugh-Stewart, age 13, should feel like less of an outsider. She’s academically successful and a talented artist.

Yet by the time she completed elementary school, Stella felt her artistic ability hadn’t been recognized. Her parents agreed that their daughter had been overlooked. 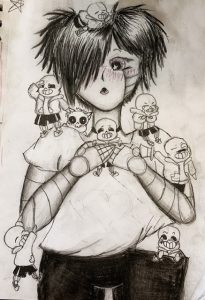 That will change, on Jan. 11, as Market Street Coffeehouse on Elliott Road in Chapel Hill launches Stella’s first public showing as a visual artist. The exhibit will open with a reception from 5 p.m. to 7 p.m.

Currently Stella is drawing her inspiration from a role playing video game called Undertale. Described in the game, created by TobyFox, as a “robot with soul,” for Stella, Mettaton has a quality she aspires to. Diagnosed with autism, Stella said she found herself in numerous situations throughout elementary school that made her feel vulnerable, particularly compared to her neurotypical peers.

Receiving fewer art awards was only part of her experience. “Ever since I started school people were always telling me I was doing something wrong or was bad at something,” says Stella. “In terms of Mettaton, I would say he’s much less vulnerable to that kind of stuff, and I would like to be also.” 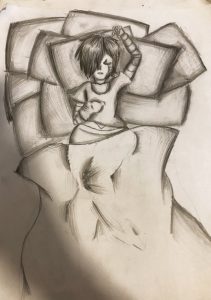 When Stella’s stepmother, Julie Gardner, commented in a Facebook mothers’ group about Stella’s disappointment at not receiving art awards, another member of the group stepped in to help.

“When I saw the Facebook post about Stella being bummed that she wasn’t recognized with awards at school, I decided Market Street Coffeehouse could display her work and host an opening night show to celebrate Stella and her art,” said Sara Owens, general manager of the coffeehouse.

“We pride ourselves on being a friendly and community-oriented coffee shop, so I knew our customers would enjoy the chance to show Stella appreciation and see her artwork. She’s truly a talented artist, and it’s exciting to be part of helping her shine.”

Check this page each week for the upcoming local government meeting schedule and agendas.

… And you can read it, too. Take the pulse of the community by reading email that people have sent to our elected officials. Learn what’s on the minds of residents and what local governing boards may be discussing soon by scrolling through the email archives of the governing boards.