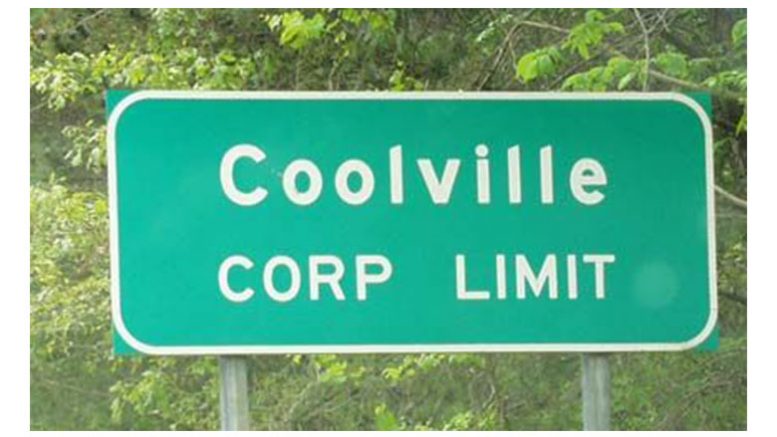 By the end of the decade, I predict that …

Politicians will take credit for housing that tax incentives gifted to Greedy Folk have helped create. That means even more hapless minions can move to Coolville to work low-wage jobs serving those who can afford not to work.

But as climate crises worsen, more Newbies than expected will arrive to vie for these newly built units. Many will fudge the truth of their finances, hide cash from side hustles and game the system in order to be deemed eligible for a subsidized slice of the pie.

Should we consider how long someone has lived in Coolville and/or what type of work they do? Should there be a lottery? Should mayors flip coins?

Newbies who, in 2022, called out longtime residents as NIMBYs for opposing unbridled development will, by 2029, be NIMBYs themselves.

“I’ve been in Coolville since 2022! I deserve cheap rent more than someone who just appeared!”

“I moved in 2028,” Newer Coolville Newbie will brag. “We must stop building and lock the door!”

Sages will intone, “Essential workers — nurses, teachers, police and caregivers — should have priority over those who are only here for the beer.”

“What about bartenders?” others will object. “If we didn’t cater to thirsty tourists, Coolville wouldn’t be what it is. Besides, didn’t we defund the police?”

Coolville Professor will protest, “I can’t believe I spent years working toward a Ph.D. and then accepted a tenure-track job in a place where I can’t afford to live! I might have to pick up some shifts at Wild Wings!”

“We need more affordable housing!” the masses will roar.

They will clear-cut the forests to build still more monstrosities, swallowing up all remaining rentals in the interim to house themselves during construction. And once those projects are completed, these workers will decide that they, too, must live in Coolville. “We toiled for years to build these high-sores. We’re weary, and now it’s our time to kick back and drink beer.”

“Perhaps we should have viewed Coolville as an actual business and considered an Occupancy Cap. How can anyone concentrate on cuisine when there’s a line out the door and down the block?”

“Whatevs,” the Mayor will shrug. “But that doesn’t solve our current quandary. Let me assemble a Task Force while you go brew your hippie stew.”

After those notables fail to assemble Coolville’s Comprehensive & Definitive Guidelines, Rules & Regs, Puffy People will be hired at exorbitant salaries to assess and fix the mess. Flown to Coolville on private jets, they’ll reside in snazzy Airbnbs (for which Taxpayers will foot the considerable bill) and be chauffeured around town while consuming big gulps of Coolville beer.

“Despite the loss of tree canopy and fouling of the river,” these overpaid drunken functionaries will decree, “Coolville is more popular than ever — thanks to Consultants like us! As for housing, it’s inconclusive whether there can ever be enough. Fact is, we don’t know how anyone affords Life in Coolville unless they’re making as much as we do, have a trust fund, bought here long ago or leveraged a property from an even costlier place. And since Coolville still isn’t quite as pricey as Puffyland, we just snapped up an entire neighborhood of charming Arts & Crafts bungalows to rent out as Airbnbs!”

Standing on the spot once occupied by an alternately famed/defamed/loved/hated obelisk honoring Our Troubled Past, s/he/they will proclaim, “We cannot afford Affordable Housing! I’ve been attempting to solve this riddle for years, but we might as well try to round off pi.”

Eager to experience neighboring Bluff Town’s Water Park, they’ll descend upon the area, only to discover that all available housing has been swallowed up by the foreign workers imported to build Bluff Town itself. There will follow an eruption of bumper stickers protesting that Kayakers Deserve Housing Too!, displacing the ubiquitous printed pleas to Keep Coolville Cool.

Bike lanes will be jammed with unhoused kayakers sleeping in Subarus so as to be first in line to Catch the Wave. Cyclists who can no longer safely ride along the river will give kayakers the finger. It could come to fisticuffs.

There will be an elegant sufficiency, if not superfluity, of beer, cars, discord, homeless folk and F-35 components assembled by Afghan refugees. But Affordable Housing will still be in short supply.

“We should have tried to maintain our Quality of Life,” Great Wizard will proclaim. “You simply can’t manipulate every market without repercussions. I mean, I would have loved to buy Apple stock at a discount.”

“Right on!” Stoned Person will reply. “We need apples to feed folks living in cars. If New York’s the Big Apple, let’s make Coolville the City of Free Apples!”

“I’m hungry,” Hungry Person will grumble. “We need to grow lots of food, and fast.”

“And plant trees for some shade,” Parched Person will put in. “Excessive heat created by mega development is bringing me down. Didn’t there used to be signs calling us Tree City?”

“Blasphemy!” the Mayor will hiss.

“I want to get out in Nature to escape my affordable apartment, where I can’t grow so much as a sprig of basil,” Parched Person will complain. “But there’s nowhere to go.”

“Nature is overrated,” Groovy Hipster will demur. “I’m just here for the beer.”

A befuddled Community will contemplate just who in Coolville should be blamed for the ongoing plight of the hungry and homeless and the shameful disregard for Mother Earth. In the never-ending clamor for more housing, there will be letters to editors suggesting that we plow under golf courses, cemeteries and even some historic mansions near Be Coolville Lake.

“Why is it that no one ever calls for Affordable Beer?” Groovy Hipster will point out. “If I’d known moving to Coolville meant I’d have to drink PBR, I would have stayed in Topeka.”

Meanwhile, Concerned Person will wonder, “Where have all the deer and wild turkeys gone? Flora and fauna are why so many of us came to Coolville before it became Too Cool to Support Schools.”

Others will respond, “When are they going to fix these potholey roads so I can get out to fetch me some Wild Turkey?”

“Yes! We need Coolville tourists to contribute to infrastructure so we Locals can drive someplace to buy booze!”

This will be needed to handle the increased demand by Locals who, sick of battling tourists and traffic to reach their once-favorite watering holes, are simply staying home to drink, in shrinking serenity shattered by the ubiquitous sounds of hammers and falling trees.

And in the center of Coolville, a 200-foot Golden Beer Stein conceived by a Great Artist (at immense taxpayer expense) will loom above all as a Monument to All We’ve Achieved.

You don’t have be psychic to see what’s on the horizon: It’s as plain as the suds on your nose. 2 Comments on "The Future of Coolville"