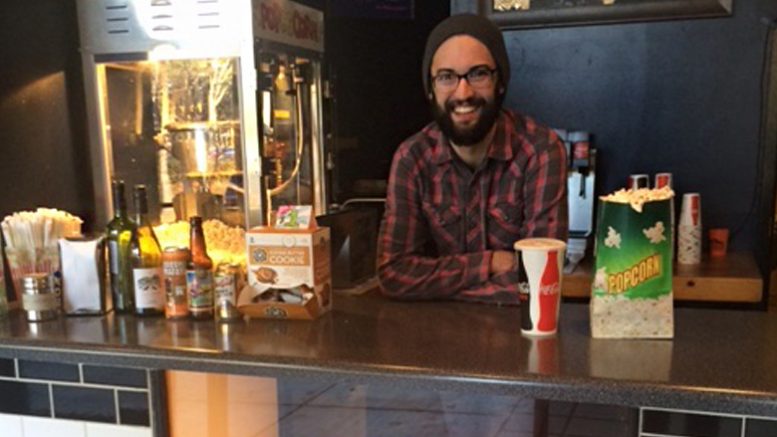 The Chelsea movie theater — on the verge of closing just a couple of years ago — is thriving and growing.

Memberships in the now nonprofit theater are approaching 1,200, and the Chelsea’s “financial status is good,” says Tom Henkel, a retired college professor who served as the theater’s first board chair. “We still have to raise money to have a better operating reserve, but our ticket sales have improved.”

And the theater is looking to improve ticket sales by expanding its offerings.

The Chelsea already collaborates with Carolina Public Humanities on monthly Wednesday-morning screenings with commentary by a UNC-Chapel Hill humanities professor. An ongoing Saturday-morning teen club has featured coming-of-age films from “Zero for Conduct” to “Ferris Bueller’s Day Off.” And evening community education programs featuring filmmakers have presented screenings of “Best of Enemies,” about the school segregation conflict in Durham, and “Al: My Brother,” a biopic about local attorney and civil rights activist Alan McSurely.

Coming soon to the Chelsea will be a Duke University Osher Lifelong Learning Institute course on local documentarians, a series of documentaries on architecture — accompanied by an on-site or Skyped-in architect — and a festival of curated movies with fantastic architectural settings. Many programs will take place on Monday nights.

“Mondays are good for us because no one seems to be doing anything else, so they come out,” says Emily Kass, executive director of the Chelsea and a founding member of the board.

Memberships are key to the Chelsea’s survival, providing both basic financial support and incentivizing regular attendance.

“We became a nonprofit because we knew that ticket sales and concession sales were not the business model — that memberships and contributions were always going to be an essential piece of the business plan,” says Kass. A cadre of volunteers, members who help recruit and renew other members, is also helping the Chelsea stay afloat. In the months ahead, Kass plans to capitalize on the volunteers’ skills to staff special events and do fundraising.

Yearly memberships to the Chelsea, which also include coupons for free popcorn and soft drinks, start at $50 for individuals and $90 for households (two adults plus all under 18s) and ascend to $2,500 for Angels who score admission for two to every screening and bottomless barrels of popcorn.

For more information and for memberships, visit https://thechelseatheater.org/

The Chelsea had been a privately owned profit-making operation since Bruce and Mary Jo Stone opened the theater in Chapel Hill’s Timberlyne shopping center in 1990. It screened an eclectic assortment of independent and foreign films and documentaries available almost nowhere else in the Triangle.

For most of the next quarter century, the business thrived, until around 2015 when competition from a surging streaming market and the newly opened Silverspot Cinema nearby caused revenues to drop by close to 40 percent. Approaching retirement age, the Stones decided it was time to either close the Chelsea or seek new management.

Enter Save the Chelsea, a consortium of local film buffs, artists, businesspeople and community activists who took it upon themselves to … save the Chelsea.

“In November 2017, Bruce Stone announced that he was going to sell the theater — and if he couldn’t do that, he was going to liquidate the equipment and close it,” says Henkel. “My wife, Teddy Lovejoy, said, ‘We can’t let that happen. We have to form a nonprofit and turn it into an art theater like the one in Ithaca, New York.’”

Solicitation letters and a community meeting at Flyleaf Bookstore in 2018 enabled Save the Chelsea to raise the $100,000 it needed to buy the equipment, compensate Stone and cover startup costs like licenses, insurance and — the biggest nut — monthly rent. Without even a single dark day, the Chelsea began operations in April 2018 as a nonprofit corporation, the Chelsea Art Theater, Inc.

While the theater is doing well, there are still issues that need to be addressed. Priority improvements include increasing cash reserves to cover potential equipment failures, such as the inevitable need for new projectors, and to replace seating.

“We’re starting to write grants and reach out to businesses — all the strategies that every nonprofit does for survival,” says Kass, former director of UNC’s Ackland Art Museum.

The Chelsea’s success is, naturally, tied to the unique films it shows, in its three intimate theaters, with a limited number of trailers and absolutely no commercials. But it also offers patrons a uniquely pleasurable movie-going experience, board members say.

While the Chelsea’s theaters may lack reserved seating, recliners and six-story-high screens, movie patrons can bring in drinks and snacks from next-door neighbor, Joe Van Gogh Coffee. And the Chelsea’s own concession stand offers popcorn, candy, craft beers and wine at well-below-multiplex prices.

“I often use a restaurant analogy,” says Kass. “I think of the Chelsea as our wonderful little neighborhood bistro. We have our own wines and beers and our special popcorn. You may see people you don’t know, but you feel comfortable talking to them — or you don’t have to talk to anybody. We have our own character. That’s what motivated me to get involved, because I’ve been coming here for years.”