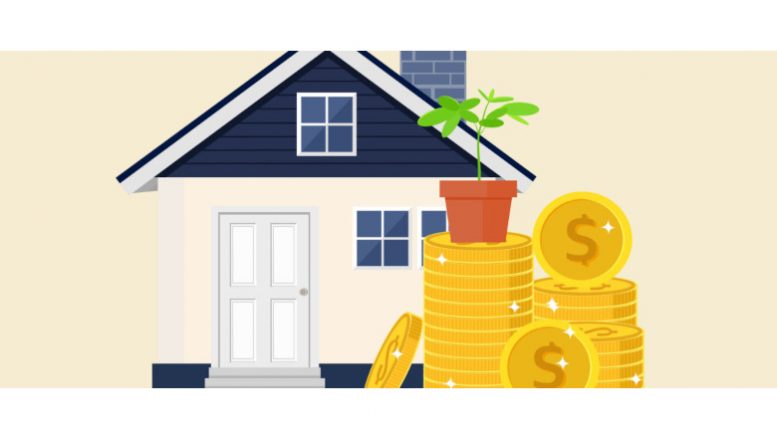 Those of us with a certain amount of gray hair remember sitting around dinner tables in 2006-7 talking about how unreal the valuations of our houses seemed. How would it end, we wondered? We found out. I was working in the hedge fund world at the time, and everybody was trying to figure out how to short the housing market — that is, how to profit from a decline in housing prices — because it seemed logical. Rational though it was, it wasn’t an easy thing to do, and only the few oddballs that Michael Lewis profiled in The Big Short figured out how to do it. The heroes of the book, it should be noted, have largely fallen to the ground like so many Icaruses.

Similarly, there were a lot of concerns about the unreality of stock market valuations over the last couple of years, which seemed to be the result of wholesale money printing by central banks. The valuations didn’t seem real. So what we’re experiencing this year is simply that what was expected to be true is proving in fact to be true.

The problem is, of course, that many had been echoing the same sentiment, intermittently prophesying the imminent collapse of the stock market and the dollar ever since the 2008 financial crisis. This is merely the most recent time since the financial crisis that Milton Friedman’s statement “Inflation is always and everywhere a monetary phenomenon” has been trotted out to explain everything.

A key difference is that right now much evidence seems to support Friedman.  Modern Monetary Theory, which holds that there are no constraints on the government and central bank’s ability to expand the supply of money and which had been gaining converts in recent years, is in retreat. The Biden administration’s $1.9 trillion stimulus package – signed into law in March 2021 when unemployment was already down to 6% (not so long ago considered roughly the rate at which unemployment would not drive inflation) and when vaccines were broadly available – may well have been broader and less targeted than advisable. We are where we are.

When a public balance sheet has expanded, there are various ways to trim it. The most natural way to do it is through a combination of tax increases and spending cuts. When the initial COVID stimulus passed in spring 2020 with overwhelming bipartisan support, it was a rare and inspiring moment of comity between the political parties. If only the tax increases which seemed like a natural successor to massive stimulus could have made their way through Congress. Alas, gridlock and reelection fears (thanks Manchin and Sinema!) put a stop to that.

The second way to reduce a deficit is to pare spending. While the reduction in projected federal spending from 2021 to 2022 is the largest in history in dollar terms (more than $1.8 trillion), the deficit itself is still large both in absolute terms (around $1.8 trillion) and as a percentage of gross domestic product (7.8%), though each were projected to decrease from 2023 forward, before the war in Ukraine, which may or may not prove fiscally meaningful.

But if we can’t raise taxes and we haven’t chosen to cut spending, there remains a third way to manage a huge deficit: inflation. Because wages tend to rise in line with inflation as scarce labor gains bargaining power over employers, inflation trims the real value of debts as measured in the amount of labor it takes to service them. This is more easily seen when thinking about a mortgage. If you’ve taken out a $100,000 mortgage at 3% interest, your initial interest payments are $3,000 a year or $250 a month. If your wage rises from $15 to $17 an hour, it takes fewer hours on the job to pay your mortgage.

The federal government benefits as well because its tax receipts will rise as wages and profits rise with inflation. The cost of paying interest on the current federal debt, which was surprisingly hovering around the low end of its 80-year historical average of 1.5% of GDP in the last data series available from the St. Louis Federal Reserve, will similarly go down in real terms. Although this benefit will be offset by inflation adjustments built into the entitlements programs that make up the majority of the federal budget and rising prices for everything else the federal government does, a decimal point of GDP is about $23 billion, which is real money where I come from.

But the problem is that whereas taxes could have been structured as a progressive deficit-reducing measure, meaning that those with more money would pay more, inflation, by contrast, acts in a regressive way because it helps the roughly two-thirds of the population that owns a home but hurts renters, whose housing costs tend to rise. Lower-income households pay about 43% of household income toward housing, while the top quintile of earners spend slightly less than a third of household income on the roof over their head.

Although the Federal Reserve has signaled that it will raise rates to rein in inflation, not long ago it had indicated that it would tolerate inflation somewhat higher than its historical target of 2% in an effort to break the back of the threat of disinflation or outright deflation that had loomed over the economy for the decade between the financial crisis and COVID. Moreover, economists had generally anticipated mild inflation as a strategy for managing expanded public debt.

In short, though inflation seems painful, most affluent households are deriving a benefit they’re not thinking about in the reduction of the real cost of their mortgages. Lower-income households aren’t getting the same benefit. As always, we should understand and appreciate what we have and think before complaining.

Be the first to comment on "The Upside of Inflation"