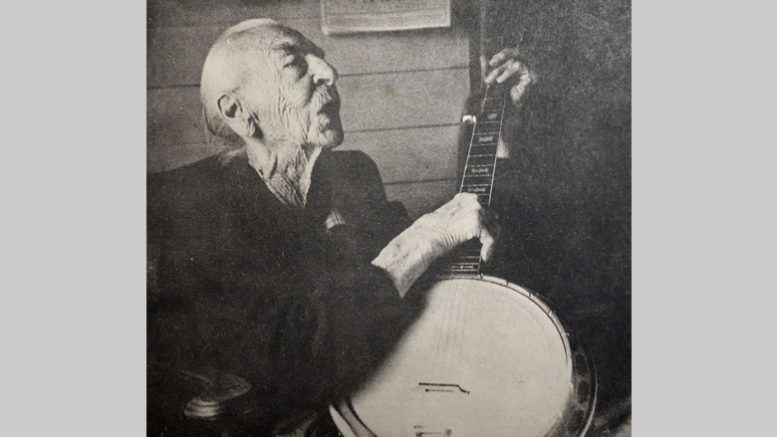 Last week’s earthquake up in the northwestern corner of North Carolina gave me a shake, too.

Beginning in the summer of 1968, right out of college and green as grass, I served as editor of the local paper, a one-man-band weekly, The Alleghany News, in Sparta (pronounced “Sparty” by the locals), and site of the 5.1 tremor.

I loved that place. Little Sparta — called “sleepy,” in a recent TV broadcast — was anything but. The community was fairly bursting at the seams with stories waiting and wanting to be told. I cut my teeth as a beginner oral historian back in those hills, known as “the Lost Corner,” because it took so long for rural electrification and paved roads to get up there in the 1930s.

My experience interviewing and treasuring the stories of the mountain folk carried over to my next paper the following year, This Week, in Forest City, a start-up “off the mountain” down in Rutherford County.

There, I spent 11 years collecting the life stories of old country folk, including 91-year-old Nan Harrill of Puzzle Creek outside Ellenboro. “Aunt Nan,” interviewed in 1977, clearly remembered the biggest earthquake in the South’s recent history, the Charleston earthquake of August 1886, registering somewhere in the 7-point range and causing panic up all the way up to the foothills of North Carolina, 235 miles away.

Here’s what she told me, word for word, in the local vernacular.

“I been ‘round here a long time. 91 going on 92. I was 11 months old when the big earthquake come in Charleston. You don’t recollect that, but you’ve heard folks talk about it. Well now, I was 11 months, and Paw run outa doors and everything got to rattlin’ and shakin’ in the house and scared him. He run outa the door and looked around — the dog’s a-barkin’ and everybody was a-hollerin’.

“He hollered back in the house. Say, ‘Old woman! Get that youngun’. Let’s go to your mothers’.’

“And she started out to see what he’d had to say. And when she went out, I commenced to cryin’. And she said she looked around out there and looked up at the stars and said, ‘Why, Perry, the stars is shinin’. It ain’t no end o’ time!’

I’ll never forget that, long as there’s breath in me. It was a powerful shake.

The oral histories and photographs of Nan Harrill and other rural elders from the foothills of Rutherford County are documented in this columnist’s book, “Wouldn’t Take Nothin’ for my Journey Now,” published by the UNC Press, 1980.