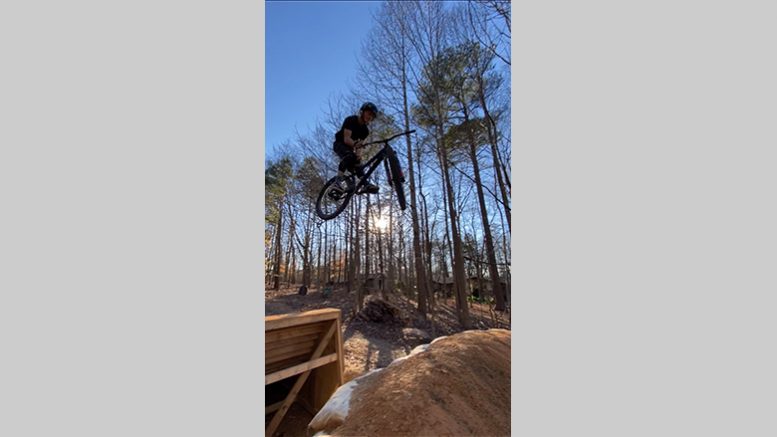 Parks and conservation areas aren’t created out of thin air. They happen because 1) a particular person or group sees the beauty and natural promise of an area, and 2) that interest brings the wonder of the area to more people, through writing, painting, photographs or, best of all, by spurring people to come see for themselves. We might not have a Grand Canyon National Park without the railroads whose extended lines brought huge numbers of people from the East to see this wonder. Back East, my favorite urban example of this process is the creation of the beautiful C+O Canal Trail National Park by the Potomac river in the D.C. area. This park would not exist without the work of former Supreme Court Justice William O. Douglas, whose nearly two decades of advocacy centered on bringing people to the canal on regular hikes to see the beauty of the area.

In and around Chapel Hill, our pandemic year has similarly brought an enormous number of people out into our woods, onto our trails and through our forests. People didn’t just want to be outside; they also sought solace in the more remote and less well-known greenways, single-track trails and gravel roads. Over the past year, I personally saw six to 10 times more visitors in places such as the Carolina North Forest, Duke Forest and the Greene Tract Forest as compared to previous years. And many users were new to the trails, having chosen to try out their brand-new mountain bike or go for a hike in the woods instead of taking their usual walk around the neighborhood.

History teaches us that increased use of outdoor recreation areas fosters an increased desire to preserve these spaces and similar areas for future generations. We thus have a significant opportunity as we emerge from the horror of the pandemic to turn this newfound community experience of our forests and hills into a better comprehensive park and greenway plan that will promote both conservation and increased access. As I have written before, we cannot rely forever on the generosity of educational institutions like UNC and Duke to largely shoulder the burden of providing forested recreational lands and trails for our area. Rather, we must step up with an improved plan to leverage what so many in our community have recently discovered: Our forests and trails are of critical importance to our health and well-being, as places that afford hiking, mountain biking or just the opportunity to enjoy an hour or two away from it all among the calm of our great oak and sweetgum trees.

Here’s what we need to do:

Mountain biking is an exploding sport in our area and across the United States. All our local bike shops literally sold out of all their bikes during this past year. All local middle schools and high schools are fielding their own mountain bike teams just a few years after a new statewide youth mountain bike league started in North Carolina. Our Phillips Middle School “Falcon Ride” team alone is just in its second year and boasts 18 riders – in the middle of the pandemic! Parental participation is key in this coach-intensive sport, which relies here in Chapel Hill and Carrboro on unpaid, hardworking volunteers to fill all the adult team roles. Moreover, this sport often attracts students who would never consider a team sport like soccer but love the freedom and individual achievement that riding in the woods can bring. Many towns across North Carolina are also recognizing the economic benefits that a thriving mountain biking scene can bring. A destination mountain bike park would not only be great for our local riders but could bring plenty of visitors, especially if it were coupled with significantly more public single-track trails. This goal becomes all the more achievable when one considers that construction of great mountain bike trails can often be on public property not traditionally considered useful for parkland, such in regrowing forests adjacent to busy highways or in areas with relief and plenty of dirt, but fewer natural features.

There already exists a well-used but informal trail connection from Ephesus Church Road in eastern Chapel Hill through Leigh Farm Park to Durham’s Jordan High School and Third Fork/American Tobacco greenways. We need to work with our friends in Durham city and county governments along with other stakeholders to make a real bicycle and walking connection between Durham and Chapel Hill a reality. Simply building unprotected bicycle lanes along major throughfares isn’t nearly enough. Many communities have solved this intergovernmental knot by bringing stakeholders to the table with a clear goal along with consistent advocacy from local users.

Preserve and improve the hundreds of untouched acres of local game land resources.

Historically, conservation has entailed cooperation between those initially interested in parks and trails and our nation’s original conservationists – i.e., all of us who fish or hunt in our beautiful rivers, lakes and forests. Unknown to most of those outside the local fishing and hunting communities, hundreds of acres in our area make up some of the largest contiguous public marsh and forest land in the central part of our state. Mostly created by the federal government in the 1970s in an attempt to partially mitigate the enormous damage the building of Jordan Lake did to area wetlands and low-lying forests, these areas boast multiple informal trails leading from muddy swamps to majestic oaks and beyond. Development threatens these areas as it does any other public property in our fast-growing communities, and we need to work together with local sportsmen and sportswomen to preserve these areas for hunting and fishing while allowing some trail access for other uses. This has been done successfully in both Durham and Raleigh and we can do it here.

Place a high priority on preserving public undeveloped woodlands for recreational use and create hiking and biking trails for the entire community.

We have many identified needs for public land use in our area, and, for many, affordable housing tops the list. That’s why I’m excited about the plan to build over 100 affordable, close-in homes on Chapel Hill-owned land on Homestead Road and the over $6 million spent by our town just in the last year on other affordable housing projects. But public land isn’t only land for housing – it is also woods, trails, parks, libraries, schools and land for other public uses. The recreational benefits of undeveloped woodlands — especially those already receiving heavy recreational use by cyclists and hikers — should be carefully considered when the community plans the future. The public Greene Tract Forest is a case in point, currently in use with almost 8 miles of resident-maintained biking and hiking trails through spectacular forest and lowland creeks. This forest and similar areas like Cedar Falls Park, Morgan Creek conservation areas and Twin Creeks have been of enormous value over the past year by serving our community’s need for outside space and recreation during the pandemic. As we plan for the future, we must recognize the need demonstrated by all the new users to these areas – namely, that trails and forests are critical in multiple ways to our health and well-being. We need to “think big” as we move out of this pandemic and into the future. The personal health of each of us as well as the economic health and well-being of our entire area rests with the decisions we make about public land and parks as we move forward.