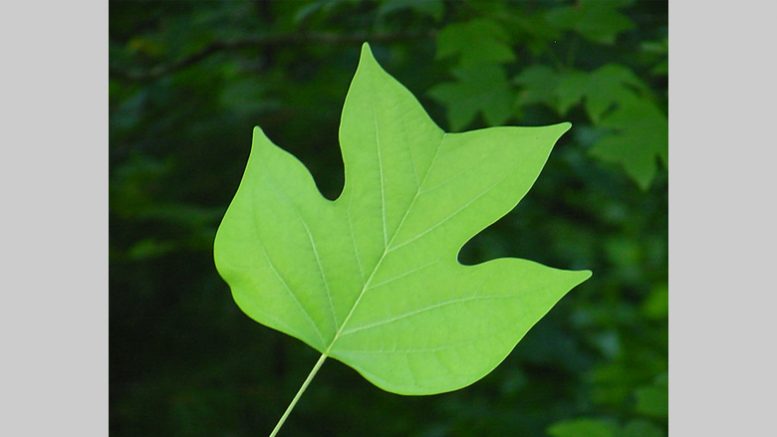 Tulip poplars battle Kit for control of her garden. Photo by Lise Jenkins.

As gardeners, we all know that weeding is an essential ingredient to maintaining a well-groomed garden. Groan all you want but if you’re going to have a garden you are going to have to weed. Several books published in the late 1990s advocated letting the weeds remain. A garden with weeds, they opined, was still a garden. Perhaps, but a garden full of pokeweed and tulip poplars is not my idea of a garden.

To keep weeding from becoming a daunting gardening chore, here are several suggestions that might make this task easier. Remember, no one actually relishes spending gardening time weeding; rather, the gardener’s goal is to make it less tiresome than usual.

The first thing you need to do is to recognize your weeds, and this is harder than it sounds. Many of us have lovingly planted a youthful sprig, only to pull it up, thinking it was an unrecognized weed. The best definition of a weed I have found is this: a weed is a plant in an undesirable place. So hellebore (Helleborus orientalist) seedlings can quickly become weeds even though you paid money for the mother hellebore. Seedy plants typically produce weeds after a while.

Every garden has its own particular weeds. For example, my neighbor’s tulip poplar tree (Liriodendron tulipifera) wants desperately to reside in my garden — I pull out over 500 seedlings every growing season. Pokeweed now (Phytolacca americana) appears only sporadically because, over the years, I have managed to pull it out before it goes to seed. A poisonous weed, pokeweed has no redeeming features and does not belong in our gardens.

Some weeds are worse than others. Nutsedge (Cyperus esculentus) is among the worst because you can never get rid of it entirely. Your goal, therefore, should be to contain it so it won’t overtake your garden. It will grow anywhere, even in grass, so train your eye to notice it so you can pull it out quickly.

Once you have identified your weeds, devise a strategy. I suggest you pull out the weeds manually before resorting to chemical solutions. Even glyphosate, aka Roundup, remains subject to debate regarding its safety so I have to be on the losing side of the weed wars before I even contemplate using it.

If you have a large weedy patch, don’t kill yourself by weeding it all at once; this is a surefire way of developing weed burnout. Instead, place a comfortable limit on how much time you’re willing to spend on weeding a particular area, as the weeds will still be there tomorrow for you to resume pulling. This way you can appreciate your daily progress without exhausting yourself.

Do not compost your weeds. Perhaps your compost gets to the required heat level where all the weed seeds are killed, but why risk it? Do you really want to go to the trouble of weeding, only to have them return with a vengeance in your homemade compost?

Mulch can provide a relatively weed-free environment. Always mulch your perennial and annual plantings after you have weeded. I like pine bark mini-nuggets because they break down, thereby adding organic matter to the soil.

Last, if you cannot stand the idea of weeding, at least do not let the weeds flower. This way you will cut down on the annual weed production for the next year. As for perennial weeds, my advice is to “pull, baby, PULL.”

Halloween 2019 – Maybe Not So Spooky this Year?

2 Comments on "Time for Weeding"