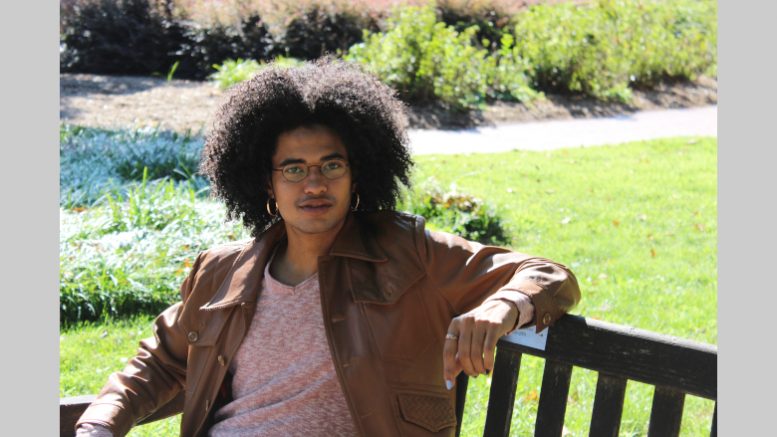 Note: The Local Reporter has invited all candidates for local office in the upcoming Chapel Hill, Carrboro, and Chapel Hill-Carrboro school district elections to submit up to two guest columns.

This campaign is about a recognition of the violence created by the interlocking systems of oppression that were set up in this country by colonizers from Europe. Abundance, luxury, and democracy in the United Colonial-Settler States of America has only ever existed at the expense of people of color. Because the social status of whiteness is historically and contemporarily woven into systems of Anglo-American law and government, the same explicit dehumanizing racial biases created by the first American colonizers now exist as veils of privilege in the form of implicit biases (blind spots/assumptions) among colonial-settler descendants today. The violence of colonization is ongoing today in communities of color, the lack of intent to perpetuate that violence does not make up for the reality of generational trauma, and people of color deserve better.

I am running for mayor based on my own experiences in Chapel Hill with discriminatory landlords and racism. Last year, during my first year of law school and at the height of the COVID-19 death rate in America, my partner and I, two Afro-Indigenous queer people fell behind on the rent. This was brought about by a combination of outstanding medical bills, lack of access to employment opportunities from employers with the compassion to pay their workers a living-wage, and the exclusionary cost of living in Chapel Hill. We were faced with either paying the rent to a discriminatory landlord or being able to afford food, water, gas and insurance premiums. Our situation is not and never has been unique for working-poor people of color in Chapel Hill, nor throughout a colonial-settler state apparatus.

People of color, especially Black and Indigenous people, are not inherently minorities. Rather, we are minoritized from within persistently white institutions based on a legacy of exclusion. I am running for mayor because “decolonization” is not a metaphor. Decolonization is an intention that must be set in order to reverse and repair the harms that were intended onto Black, Indigenous, and people of color by European colonizers for the sake of their own so-called white descendants. Because systems of oppression are highly adaptable, and because the explicit eugenic biases of Anglo-American colonizers have adapted into implicit biases and assumptions amongst so-called white liberals, any policy discussions dominated by colonial-settler descendants today will reinforce the historically exclusionary biases of racism stemming from the American institution of slavery.

The kindest, most insightful and humane thing for colonial-settler descendants to do for the oppressed people of color in our society is to recuse themselves from public office. Indeed, so-called white people should take it amongst themselves in their individual and group capacities to demonstrate a commitment to inclusiveness, shared governance and equity by letting those who have not been encompassed in the shared understanding of who composes “the public” have a turn or, critically, a few centuries of turns. Said another way, the most peaceful transition of power that could take place in order to decrease marginalization in society could be achieved more expediently if white people, and all their implicit/explicit assumptions about people of color, recused themselves from institutional leadership capacities for a while.

Colonizers came to America and the Global south to subjugate brown people to a system of economic power. These systems of subjugation have endured for the last six centuries. Because the America we know today is the same that was founded by centuries of legalized violence against Black, Indigenous and other people of color, democracy has only ever existed as a nominal ideal rather than a standard throughout the United Colonial-Settler States of America. This is the history of Chapel Hill as well. It is the turn of people of color to occupy positions of institutional power and so-called white people can demonstrate in real time as a praxis, not merely an ideal, a commitment to equity by not running for public office. If the generational harms of colonization that continue today are to be reversed with restorative justice initiatives like economic reparations for slavery, Indigenous sovereignty/land-back movements, and comprehensive marijuana reform policies are to be prioritized in a way that brings about expedient and meaningful social change as an effect of public policy, then Black, Indigenous, and people of color need to occupy the spaces with the means to realize these efforts.

I am running for mayor because my lived experiences with oppression motivate me to use this office as a platform for advocacy. I will advocate in policy discussions for the rights of so-called brown and black humans that have been excluded from consideration for century after century, decade after decade, and term for public office after term for public office by European colonizers, better contextualized as pirates/human-traffickers with the means for publishing themselves in history/legal texts as pilgrims.

Zachary Boyce is a candidate for mayor of Chapel Hill.

1 Comment on "To Empower Marginalized People of Color, White Americans Should Recuse Themselves from Positions of Institutional Leadership"