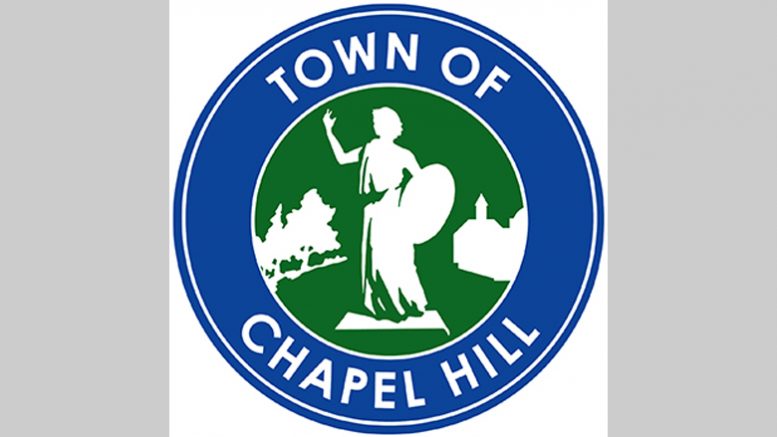 Two of Chapel Hill’s community advisory boards met this week to discuss major redevelopment projects currently making their way through the Town’s review process. The Community Design Commission (CDC) met to discuss proposed design guidelines for the redevelopment of University Place and the Planning Commission met to discuss the proposed design of a 200,000+ square-foot office building to be constructed at 150 E. Rosemary St. Neither of the boards have any authority over the plans that are presented to and ultimately approved by Town staff (in the case of University Place) or Town Council (in the case of 150 E. Rosemary St.), but they can issue recommendations and feedback on initial designs.

On Monday, the Community Design Commission moved to forward all comments and recommendations to the Town staff after initial discussion between commissioners and members of the project development team.

Ram Realty Advisors is spearheading the redevelopment of University Place, a 43-acre site it purchased in 2019 and which comprises a 302,237-square-foot 1970s-era indoor mall as well as several smaller commercial buildings around the perimeter of the site. The proposed redesign, a general outline of which the Town Council approved in June, aims to turn the mall into outward-facing retail space. Plans also call for adding business offices, residential apartments, a multi-use path and a hotel.

As previously reported, Ram has obtained a special-use permit that gives the developer flexibility to renovate existing buildings, adjust building sizes and build new structures without requiring public review or Town Council approval of each specific stage of the redevelopment.

Construction is slated to begin in 2022 and will entail the demolition of 100,000 square feet of the existing mall, specifically the eastern section previously occupied by Southern Season and adjacent businesses. Ram previously said it hopes the mall’s current tenants will move into new storefronts once construction is complete.

In CDC discussions, several commissioners expressed concerns about whether the proposed design matched the architectural character of Chapel HiIl. While the commissioners acknowledged there is no single defining building character for the Town, commissioner Susan Lyons criticized the current design as lacking architectural flair.

“We’re not looking for a basic brick building, or a basic six-story square,” Lyons remarked. “We’re looking for something more [architecturally] interesting.”

The commissioners also encouraged the development team to produce a design more compatible with the environment of the immediate area. For example, commissioners suggested capping building height at 7 stories and ensuring adequate open space between buildings.

Chairperson Susana Dancy mentioned that several of the recommendations are things she hopes to see the Town adopt more widely. “These are the types of things we think should be memorialized in the design standards,” she said, to serve as a starting point for future projects.

When discussing the construction to be carried out in the existing parking areas, Jeff Kurtz, Ram’s director of development for the Carolina region, stated the company still has commitments to current tenants.

“The issue that we’re dealing with at this particular site is that it is a redevelopment,” he said. “We are maintaining existing tenants who are there that have lease rights and requirements that are already in place. A lot of the parking that we are forced to maintain… is really in response to the existing leases.”

Other recommendations the CDC issued included exploring the potential for more below-ground parking.

The following day, the Town Planning Commission focused on 150 East Rosemary St. where Grubb Properties plans to replace the Wallace Parking Deck with a seven-story office building designed to house life-science enterprises such as those that are spun off from research conducted at UNC-CH.

Specifically, Grubb proposes to build a new 228,000-square-foot office space that will provide wet labs, flex space and workplaces for data scientists, in addition to two levels of at-grade or underground parking.

The commissioners encouraged the development team to seek ways to lower energy consumption and retain the existing greenery in the area. Commissioner Jonathan Mitchell asked whether development along Rosemary Street would impact the Town’s vision for implementing bike-friendly development downtown. Town staff said there is limited space available on the block to provide dedicated bicycle facilities.

Commissioner Elizabeth Losos raised the issue of long-term environmental impact and how the proposed building’s performance will support the Town’s own climate change mitigation efforts.

“I think this building is going to make it difficult for our Town to reach our net zero carbon [emissions] goals for 2050 because it’s going to be a big energy sink,” she said. Turning to members of Grubb’s development team, she asked, “What are y’all doing to try and minimize that [impact]?”

Dye further stated that project team designers have paid much attention to the site and hope to preserve as much of it as possible, saying the team has already committed to recycling parts from demolition and sourcing building materials responsibly.

The Planning Commission forwarded recommendations that, among other things, ask the development team to:

Chairperson Michael Everhart also took a moment to compliment the designers for their work on a difficult project.

“This is a fairly neat project,” he said. “I think that you all have done a good job on the development team side of things by fitting a lot into a fairly constrained site with the alleyway and being downtown and the various building footprint issues that have been discussed.”

Both projects are slated to be reviewed by the Chapel Hill Town Council in October.