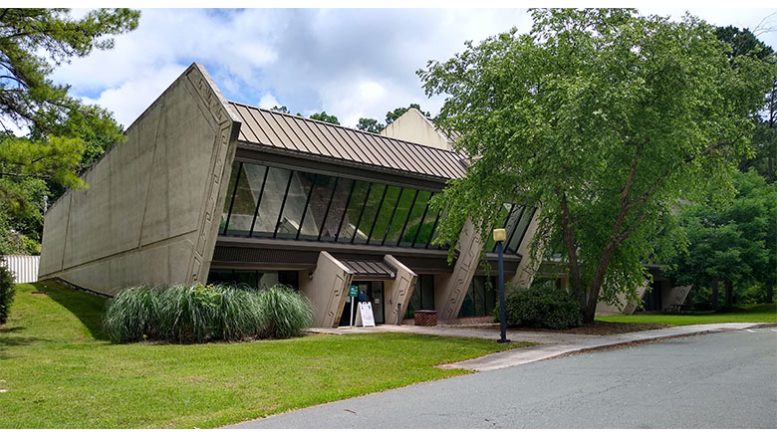 At the Jan. 26 Chapel Hill Town Council meeting, the development team of Belmont Sayre presented options for redeveloping the coal ash dump where the police station sits. Mayor Pro Tem Karen Stegman led the meeting as Mayor Pam Hemminger continues to recover from COVID. Hemminger has not presided at a council meeting yet this year due to her illness.

At previous meetings, council members brainstormed a wish list of possible uses on the site — condominiums, townhouses, affordable housing units, offices, retail shops and community gathering space — that might work well with the planned expansion of the police station into a municipal services center (MSC) that would include offices for fire department administrators and parks and recreation staff.

But that lofty list had been whittled down to market-rate apartment buildings by the time council gathered this past Wednesday night to consider moving forward with a memorandum of understanding (MOU) that would shape the work. Laura Selmer, the Town’s economic development manager, said an MOU is nonbinding. “Either party can walk away for any reason,” she said.

Mark Moshier, a member of the development team, said the Town had only three options: keep the property as is; build only an MSC on the acreage; or partner with a private developer to add market-rate apartments to more than half of the land.

Moshier advocated for a public-private partnership that would share the parcel with a new MSC and add multifamily buildings and a parking deck. He cited a study recently presented to council that argued more housing units are needed in Chapel Hill. He said it’s easier for developers to obtain financing for rental apartment projects than for other uses and that “the project works on paper,” that is, it provides sufficient profit for the developer and tax revenue for the town.

“The Town wants to get the best value out of the remaining parcel that they can,” he said. “Rental apartments have a market now, so they could be built quicker and provide more tax revenue to the town sooner.”

But council member Jess Anderson was perturbed by what seemed to her a bait-and-switch. “If market-rate apartments is the only viable use, why weren’t we told that earlier?” she asked.

Moshier countered that he had advocated for a multifamily housing project all along. “You can do other uses, but it’s not financially viable,” he said.

The 10-acre lot at 828 Martin Luther King Jr. Blvd. reportedly had been used by UNC in the 1960s as a place to discard the ash from its coal-powered generator. In the 1970s, the Town acquired the land and built its police station on it, unaware of the toxicity of coal ash. In 2013, the Town commissioned an engineering report for the site in preparation for selling what seemed to be prime real estate and using the proceeds to build a larger police station elsewhere.

But the parcel is considered a brownfields site; the soil is contaminated and must be remediated before land is disturbed for construction. Other brownfields sites in town include the land under the mixed-use building at 140 West Franklin St., which went through extensive remediation because a gas station had been there, and the Wegmans property on Fordham Boulevard that was previously the site of a car dealership.

The Town expects to pay $34 million for a new MSC, wherever it is built. Moshier ran through a comparison of costs between building only an MSC or partnering with a private developer who would share some of the costs. He included an additional $5.4 million for a 320-space parking deck for the MSC and $9 million for a larger one if apartments were built; $1 million each for an amphitheater and greenspace; and $3 million for green-building features on the buildings. He projected that the apartments would bring in $6.8 million in property tax revenue to the Town over 20 years. The Town would retain title to the land; only the value of the buildings would be taxed.

The figures weren’t shared with council before the meeting, so the Feb. 2 work session will delve into the costs in greater detail. Council members sought a more thorough comparison of options and asked staff to provide information on the expense of relocating the police department during construction, the cost of leasing parking from the developer and whether a parking deck would be necessary if apartments weren’t built. They also asked staff to recalculate the cost-sharing split to reflect that the private developer would have a larger percentage of the land.

A combination of market forces and Department of Environmental Quality (DEQ) constraints steered the project toward apartments, Moshier said. DEQ won’t allow townhouse ownership on a brownfields site, and the location is not ideal for market-rate office rentals. “The distance from campus and from I-40 would make it harder for us to compete with other office products,” he said.

As for retail, he said, the brick-and-mortar store model was changing before the pandemic and continues to evolve as buying habits shifted during COVID. If a coffee shop were to be added, he said, it would need to be on the ground floor of the “office” building, which would be the MSC. “Adding a coffee shop on the ground level adds complexity to the financing and ownership set up,” he said.

Council members debated who might live in the apartments, if they were built. Upon learning that DEQ would not allow a daycare center on a brownfields site, council member Adam Searing was dubious about building housing for families on it.

“We know there’s some risk to live there,” he said. “I wouldn’t move there with my kids. It’s not right for the Town to ask other families to do that.”

Council member Amy Ryan said putting families and children on the site said gave her “heartburn,” and suggested instead using the land as a housing option for other vulnerable residents. She urged developers to “come back next time and think about whether you’d accept senior or age-restricted units.”

Members of the public were particularly concerned about toxicity risks. An earlier report used one measure of cancer risk from coal ash toxins; a later one used a less stringent measure. In October, council asked for the risk to be recalculated to the stricter standard; any revised risk calculation has not yet been shared with the community.

Former council member Julie McClintock, as president of Friends of Bolin Creek, first alerted council to the coal ash risk in 2014. “We’ve raised questions about the risk, and we still don’t have answers,” she said.

Nicholas Torrey of the Southern Environmental Law Center pointed out that although half of the brownfield sites in North Carolina have been redeveloped for residential use, none of these were coal ash sites. “You all may be the guinea pigs here,” he said.

Community resident Robert Beasley noted that partnering with a private developer to add apartments would reduce the cost to the town by only $6 million. “Are you saying that saving $6 million is worth risking residents’ lives?” he asked.

Council will continue to discuss these issues at its Feb. 2 work session and its Feb. 9 council meeting. Both sessions are virtual. Register to attend by going to the calendar page on the town’s website and clicking on the link for each meeting. The demographic survey that pops up is not mandatory. You must register if you want to speak at a council meeting. Public comment at a work session is at the discretion of the council.