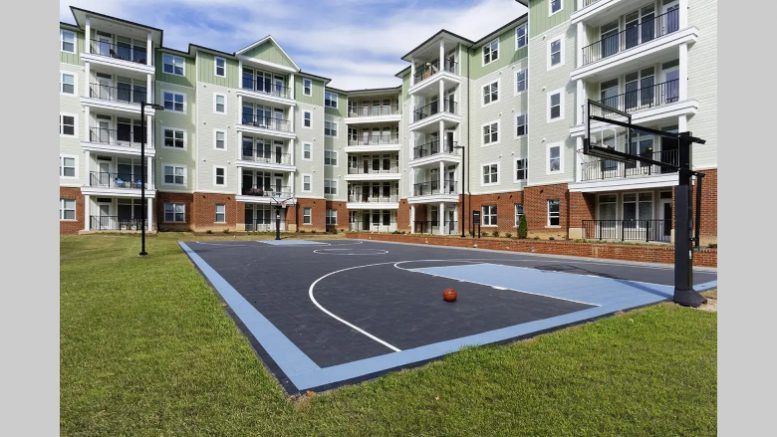 A back-to-school story problem: UNC has 3,744 beds in dorms designated for first-year students. All first-years are required to live on campus. UNC enrolled 4,444 first-years for the 2021-22 academic year. Where will the university house the 700-student surplus?

UNC’s housing staff haven’t responded to requests for comment. The university has other dorms for sophomores, juniors and seniors. But if UNC housing staff usurp 700 of those beds for the newest first-year class, where will the upper classmen who’d planned to live on campus go? Although there is no shortage of off-campus apartments, most are classified as “luxury.” If UNC pushes students off campus, it will make a college education that much more expensive.

Over the years, UNC has slowly but steadily grown enrollment. Yet the university’s 2019 master plan, which is the most recent and was approved by the board of trustees in May of that year, shows a reduction in on-campus housing and the demolition of some existing undergraduate dorms.

The plan devotes two of its 126 pages to housing, noting “the University’s approach to serving graduate students.” Odum Village’s 37 buildings comprising 236 apartments were demolished in 2019, and the master plan notes the need for “adding apartment housing for graduate students.”

As for housing undergraduates, the plan calls for renovating Spencer, Avery, Ehringhaus and Hinton James dorms. The plan doesn’t specify whether the renovation will increase capacity or simply change the type of housing from traditional hall-style dorms to suite or apartment-style units.

But the strategic vision states, “Upper Quad residence halls may not be needed for housing over the long term.” The plan shows that Parker, Teague, Craige and Whitehead dorms will be torn down. Manly and Mangum will be “redeveloped to create new academic or administrative capacity”; Grimes and Ruffin also will be demolished and the space used for academic or administrative purposes.

UNC may not have done the math for where to house its students, but private developers have. In recent years, 2,564 apartments marketed for students have been built or approved for construction; another 309 units are awaiting approval. Each apartment has anywhere from one to four bedrooms, each with its own bathroom. Parking spaces are available at the private apartment complexes, albeit for an extra monthly fee.

In years past, students said it was cheaper to live off-campus than in a dorm, but with every new luxury apartment building that goes up, rents rise. Today, dorm living is less expensive than a luxury apartment off-campus. And financial aid calculated to cover housing typically can’t be used for off-campus rent. UNC’s financial aid office did not respond to requests for comment, and Aaron Bachenheimer, executive director of UNC’s off-campus student life and community partnerships, declined to comment.

The price of a dorm room, which includes utilities and internet, varies, depending on the style and how many people share the space. Traditional hall-style dorms with a communal bathroom down the hall are the least expensive. A hall-style dorm room shared with one other person is $6,876 annually. Without a roommate, the cost jumps to $8,146 per year. Share a suite with two or three other people, and the price drops to $6,672 per person. A single-bedroom apartment at Rams Village is $9,546 annually. An on-campus parking permit (not available to first-year students) is $792 per year. Typically, laundry is coin-operated in the building, and no dorm has a complete kitchen.

An off-campus apartment may be shared with other people, but each bedroom has its own bathroom. Everyone in the apartment shares the kitchen. Laundry may be a stack set in the apartment or coin-operated elsewhere on-site. Parking is extra, and fees vary per complex, but costs roughly $100 a month. Typically, the rent does not cover electricity or internet access.

A one-bedroom unit at Berkshire on South Elliot Road ranges from $1,500 to $1,900 a month, and the lease is for an entire year. A four-bedroom at Carolina Square on West Franklin Street is about $4,700 a month. Rent for some luxury apartments is calculated per bedroom. Each tenant is responsible for his or her rent, and as long as they keep paying, they will not be evicted, even if one of the roommates falls behind. (However, the apartment management company can oust the delinquent roommate.) The per-bedroom rate for The Lark on Martin Luther King Jr. Boulevard goes for $1,000 to $1,400 a month.

An off-campus apartment shared with at least one other person is still about 50% more expensive than the most expensive option on campus, a single-bedroom unit at Rams Village.

As availability of on-campus housing shrinks, more students are pushed into market-rate units off-campus, raising the cost of their college degree.