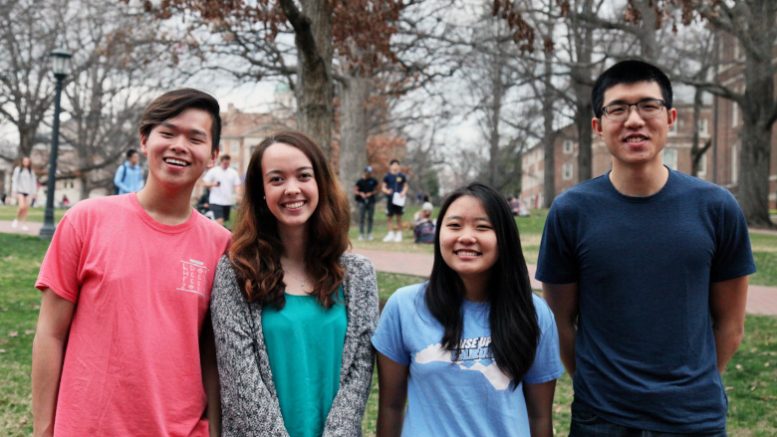 Upon its founding in 2020, the Asian American Center at UNC-Chapel Hill proclaimed its overarching goal of cultivating a critical understanding of Asian American peoples, cultures, and histories.

Last month, UNC’s efforts to advance academic research and community engagement related to Southeast Asia received a tremendous boost in the form of a $900,000 grant from the Henry Luce Foundation. Now, UNC’s Asian American Center, along with a wide array of UNC organizations and academic departments that seek to promote Southeast Asian Studies stand to make tremendous strides.

With the funding, the university plans to implement its “Bringing Southeast Asia Home,” project with the aim of advancing Asian studies “in relation to a diverse and changing U.S. South.”  The Asian American Center, the Carolina Asia Center, and the Asian Studies Department are poised to benefit from the generous grant.

“Southeast Asian studies can and should play a significant role in making lasting changes to our public university, especially because it serves a diverse and changing U.S. South,” said Chancellor Kevin Guskiewicz in a letter of support for the grant.

Becky Butler, linguistics professor and co-author of the grant proposal, said that the university chose to pursue the grant to meet a growing interest in Southeast Asian studies.

“There’s been a building of interest and capacity to study Southeast Asia in the past several years, so it was a good confluence of faculty expertise and student interest,” she said.

The foundation grant will be disbursed over the course of the next five years to existing and new programs within the project’s scope.

According to an article published by UNC Global, the university will double its Vietnamese language courses which were reintroduced in Fall 2020 in response to growing student demand. Because of the UNC System Language Exchange program, students at any school in the UNC system can take these courses for credit at their home institution.

The university will launch a minor in Southeast Asian studies and strengthen research support and partnerships that focus on developing diasporic studies related to Southeast Asia. The grant will also allow UNC to hire two postdoctoral students to research and teach courses on the interplay between Southeast Asia and North Carolina.

Rudi Colloredo-Mansfeld, senior associate dean for social sciences and global programs, said that the Carolina Asia Center will also utilize the funds to build more programming related to Southeast Asia, an area that the CAC hasn’t had much activity in until more recently.

Founded in 2002, the CAC is UNC’s flagship organization for Asia-related activities. As the only Title VI National Resource Center on Asia in the U.S. Southeast, it offers Asia-related seminars, language study, outreach, cultural competency, study abroad and visiting scholars programs.

An important aspect of the project is for the university to further engage with Asian American populations across the state.

UNC will partner with the Carolina Population Center to create a survey that more accurately collects population data on constituents of the state, as many Asian American communities are underrepresented by the national Census. This effort will contribute to a fairer distribution of public resources and government representation for these communities, Butler said.

She added that cross-national, interdisciplinary research often informs our understanding of local communities as well.

“People at UNC are prepared to engage with the region in lots of different ways, from political science to anthropology, to environmental work,” she said.

Elizabeth Frankenberg, sociology professor and director of the Carolina Population Center, researches how individuals and families respond to unexpected climate events and changes and how programs and policies can help them adapt. Like Frankenberg who carries out projects in Indonesia and the NC coast, many researchers take a comparative, cross-national approach to enhance their work, Butler said.

Butler said that the Henry Luce Foundation grant will also contribute to the development of UNC’s oral history archives about Asian Americans in the U.S. South.

The Southern Mix oral history program is the result of a partnership between the Asian American Center, Carolina Asia Center and the Southern Oral History Program. It collects personal biographies from Asians and Asian Americans in the South, and many of them include topics like “escape, immigration, interethnic and interracial experiences, or even how to cook a grandparent’s favorite meal,” according to the AAC website.

Colloredo-Mansfeld said that the increased focus on Southeast Asia will contribute to Asian American studies at UNC as a whole. Kelly Wan (left) and Karie Xue (right), UNC Class of 22′ and 23′, at a showcase by the UNiCorn K-pop Dance Cover Team — the first dance club at UNC that focuses on K-Pop culture. UNC recently received a Henry Luce Foundation grant which will advance the study of Southeast Asia and other geographical regions in Asia and further the engagement with Asian and Asian American communities at UNC and across the state.
PHOTO CREDIT: Maya Yin.

“One of the things we wanted to do through this grant, this effort was to really be in conversation with the Asian American Center on campus and faculty and students, particularly faculty involved in Asian American work because in building the program in Southeast Asia, we wanted to be able to contribute as well to Asian American studies,” he said.

The Asian American Center on the UNC campus is an integral part of the university’s strategy to increase support for Asian American students, Colloredo-Mansfeld said.

According to UNC Global, the university aims to build on existing strengths and fulfill a commitment to the study of Asia through the Henry Luce Foundation grant, as the school’s strategic plan “Carolina Next: Innovations for Public Good” identifies Asia as a strategic priority for the institution.

Colloredo-Mansfeld said that the grant will serve both global and local interests.

“It’s really this combination of taking strength in global areas and building that strength, and in doing that, really making a connection back in North Carolina and serving the local interest as well,” he said.

Butler expressed excitement and anticipation about the upcoming five-year period of implementing the project.

“We’re really excited about this. It’s very much been a group effort because we’ve had support from top administration, matched with the desire from undergraduate students, graduate students and faculty, that it really is the culmination of a lot of work that’s gone into this moment,” she said.

Be the first to comment on "UNC Receives $900,000 Grant to Advance Southeast Asian Studies"