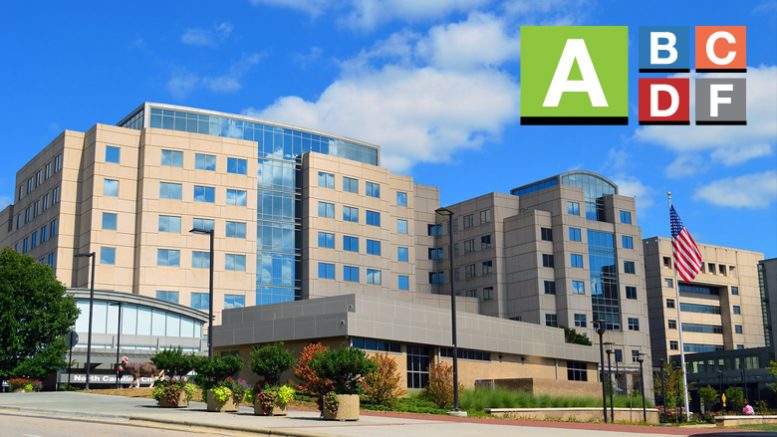 UNC Health Care once again has received the highest ranking in a bi-annual grading of hospital patient safety.

UNC got a grade of A for all its locations in the ranking, which looks at preventable errors, accidents, injuries and infections to patients while in the hospital. The ratings are in a fall 2019 report from Leapfrog, a national watchdog group comprised of employers and large purchasers of health benefits.

“We are our proud of the safe care that our co-workers and physicians provide every day to patients from across North Carolina,” Wesley Burks, CEO of UNC Healthcare, said in a public statement.

Out of 28 specific categories of patient safety, UNC received “above average” grades in all except “patient falls and injuries,” “dangerous bed sores,” “deaths from serious treatable complications,” “surgical wounds split open” and three sub-categories listed under “infections,” all where Leapfrog said it performed below average.

Overall, UNC has received seven consecutive overall A grades, since getting a C grade in the spring of 2016.

More than 2,600 general acute-care hospitals across the nation are graded twice annually. The grades use national performance measures from the Centers for Medicare & Medicaid Services as well as the Leapfrog Hospital Survey and other supplemental data sources.

Duke Health also received an A rating for all its locations, while Wake Med dropped to a grade of C for both of its locations in the Triangle.

It’s Time for a Change: Hongbin Gu for Mayor