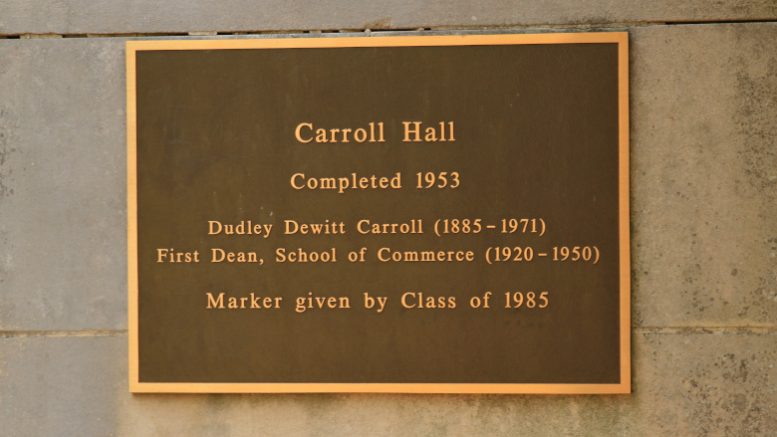 After news broke in January 2021 that Nikole Hannah-Jones was denied tenure and instead offered a five-year contract from UNC-Chapel Hill, questions arose concerning racial equity within the university.

Hannah-Jones, the Pulitzer Prize-winning author of the New York Times Magazine’s “1619 Project,” is a UNC alumnus. “The 1619 Project” focuses on the enslavement of Africans at the center of America’s founding story and evolution, with the goal to prompt public conversation on racial issues still present in our country.

However, the tenure dispute between Hannah-Jones and UNC prompted her to decline UNC’s eventual offer, as she went on to accept a position as the Knight Chair in Race and Journalism at Howard University in Washington, D.C.

Three months ago, the American Association of University Professors (AAUP) released its report, “Report of a Special Committee: Governance, Academic Freedom, and Institutional Racism in the University of North Carolina System,” which provides more insight into the forces that opposed Hannah-Jones appointment to the UNC post.

The report highlights what it characterizes as institutionalized racism at UNC-Chapel Hill. According to the AAUP report, Walter Hussman Jr., the namesake of the Hussman School of Journalism and Media, brought concerns to the UNC’s leadership staff that Hannah-Jones’s support for payment of reparations to Black Americans would have a detrimental effect on the university and thus she should not be offered tenure.

Last Friday, UNC reportedly reached a settlement on the tenure dispute for less than $75,000. The settlement was approved by UNC Chancellor Kevin Guskiewicz.

“This is an important step forward as Carolina focuses on its future and continues to educate the next generation of leaders,” Beth Keith, Associate Vice Chancellor of University Communications, stated. “As a part of the agreement, the University will accelerate its investment in crucial initiatives in Carolina Next, its strategic plan, to further that ongoing work.”

According to the AAUP report, the UNC Board of Trustees had their own hesitations on granting Hannah-Jones tenure due to her non-academic background.  Prior to UNC’s offer of employment, Hannah-Jones had no prior teaching experience at the university level.

David Boliek, UNC-Chapel Hill’s Board of Trustees Chair, also issued a a statement in the wake of last week’s settlement.

“The steps taken to resolve the lingering potential legal action posed by Ms. Hannah-Jones will hopefully help to close this chapter and give the University the space to focus on moving forward,” Boliek stated.

Hannah-Jones was backed by The National Association for the Advancement of Colored People (NAACP) Legal Defense and Educational Fund. Founded in 1940, the Legal Defense Fund (LDF) is the nation’s first civil rights law organization designed to fight racial injustices in today’s society.

“We believe this settlement is an important element of UNC’s ongoing and much-needed work to address racial inequity at the university, and that it provides Ms. Hannah-Jones with the closure necessary to put this incident behind her,” LDF President and Director-Counsel Janai S. Nelson stated in a press release. “No less importantly, we believe that the settlement is a victory for the right to free expression — a cornerstone of our democracy that has too frequently been infringed or ignored when claimed by Black people and people from other marginalized groups.”

The settlement includes an inclusive search process for new employees in conjunction with the Office of Diversity, Equity, and Inclusion; mental health counseling with the hiring of an additional trauma informed therapist residing in the Multicultural Health Program; and a $5,000 yearly reserved funding to the Provost’s Office to coordinate meetings and events sponsored by the Carolina Black Caucus in approval with UNC-Chapel Hill Vice Provost.

Learn more about the AAUP UNC-Chapel Hill report or the press release given from the Legal Defense Fund highlighting statements and details of the Hannah-Jones tenure settlement.