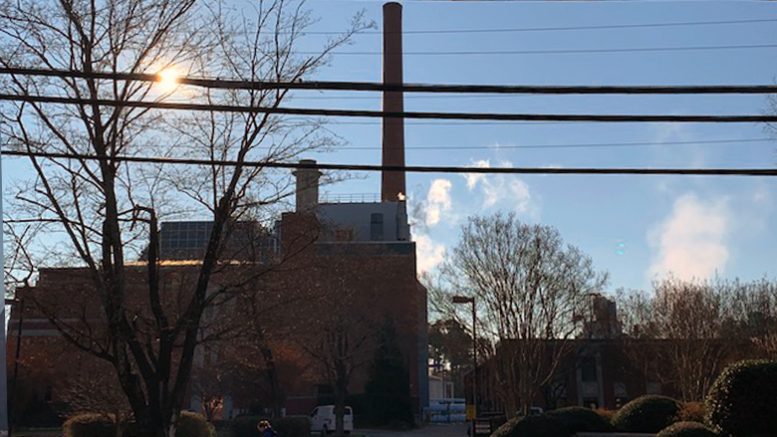 Two environmental groups say UNC-Chapel Hill is violating the federal Clean Air Act for the ongoing use of two outdated coal-burning boilers, according to a lawsuit filed in the U.S. District Court in Greensboro this week.

The suit, filed by the Center for Biological Diversity and the Sierra Club, charges that the university violates federal pollution-control requirements at the Cameron Avenue power plant, including limits on the amount of coal permitted to be burned.

“UNC needs to join the 21st-century and stop emitting noxious coal fumes into the air that students, athletes and local residents breathe,” Perrin de Jong, a North Carolina-based staff attorney at the center, said in a press release. “North Carolina’s flagship public university should be leading the fight against dirty fossil fuels, not burning them.”

In the suit, the Sierra Club and the center want the university for pay $37,000 for every day it has burned more coal than its permit allows between November 2009 and November 2015, and close to $45,000 per day after that. The total fine could be several million dollars.

“There is simply no excuse for UNC, with its expertise, knowledge and claimed commitment of supporting clean energy, to still burn dirty, polluting and outdated coal,” said Dave Rogers, deputy regional director for Sierra Club’s Beyond Coal Campaign. “Students, teachers, workers and the entire Chapel Hill community must be protected from the poisonous air pollution that results from burning coal.”

According to media reports, in a nine-page letter dated Nov. 15 and sent to de Jong, Jonathan Pruitt, university vice chancellor for finance and operations, said that UNC-Chapel Hill needs the steam and electricity the plant produces to fulfill its teaching, research and public service mission.

“The university has studied and continues to research ways to reduce and ultimately eliminate the use of coal while continuing to meet the rigorous levels of reliability required to sustain critical operations,” the letter said.

The university has cut its coal use in half over the last 20 years and is making changes that will produce more reductions, Pruitt said.

Then-Chancellor Holden Thorpe said in 2010 the campus would end its use of coal by 2020.  But this February, the university applied for a renewal of an air quality permit for the coal-burning power plant. The permit does not expire until 2021, a year after the 2020 goal. In February, UNC also said it had pushed back plans to be coal-free to 2050.

“That is what triggered this fight,” said de Jong after news of the permit application came to light in October.

An analysis by the center found that the existing permit allows the university to emit four to six times the limits of nitrogen and sulfur dioxide pollution allowed under the Clean Air Act. The models done by the center indicate that nearly the entire campus, including outdoor athletic facilities and several residential neighborhoods in Chapel Hill and Carrboro, may be affected by pollution from the plant.

The groups claim that this pollution can lead to an increase in asthma attacks, hospitalizations and premature death among nearby residents.

UNC is the only institution of higher learning in North Carolina still operating a coal-burning power plant.