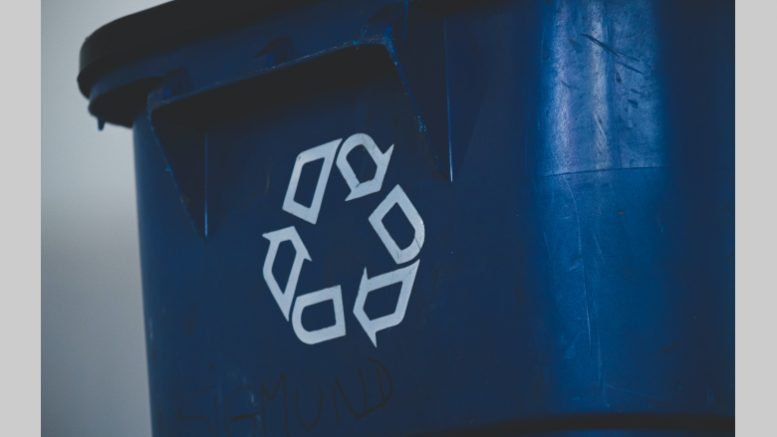 After 34 years and three months it’s finally time to hang up my recycling hat. When the Town of Chapel Hill first hired me in May 1987 to initiate public recycling programs, I had no idea that it would turn out to be such a rewarding, expansive and engaging career in my adoptive home of Chapel Hill/Orange County where I’d moved for graduate school in 1976.

One of the stories I tell to students when lecturing on recycling and trash is my ‘origin story,’ or how I accidentally “invented” this recycling career. I tell it in the spirit of entrepreneurship in the public sector and how one should engage where one’s interests lie. In 1984, the Towns of Carrboro and Chapel Hill and the County government jointly moved to buy land adjoining the existing public landfill on Eubanks Road for future expansion. In response to an uproar among citizenry opposed to the expansion, a planned closed session of the Carrboro Board of Aldermen to discuss purchase of the ‘Greene Tract’, 184 acres adjacent to the Rogers Road neighborhood between Eubanks and Homestead Roads, was instead scheduled as a public meeting. When I saw that meeting advertised in the local paper, I went to voice my opinion. When my turn at the podium came, I said something along the lines of the following:

“If you (elected officials) are going to site a new landfill, in anticipation of filling of the current one, then you should:

Some weeks after this rather heated public meeting, I received a phone call asking whether I would like to serve on the brand-new Orange County Solid Waste Task Force. I enthusiastically accepted, little knowing what lay ahead. After two years of meetings and listening to various experts on solid waste, our citizen task force submitted its report, which was, in essence, a ten-page version of my original three statements, but backed up by technical data and some more-fully-articulated recommendations.

A couple of months after we submitted our report , we all assumed that it would receive the fate of many citizen reports, no matter how well-intentioned or closely reasoned — a respected place on the shelf of the bureaucracy. Instead, however, I received a phone call from a friend working at Chapel Hill Public Works who said (I’m paraphrasing), “Blair, I can’t believe you’re not applying for that job.” “That job” turned out to be the opportunity to be the Town of Chapel Hill’s first recycling coordinator.

I went ahead and applied, got the job as the only interviewee, and set up five recycling drop-off sites for newspapers and aluminum cans at locations where color-separated glass was already being collected by ECOS, a small, local nonprofit formed in the wake of the first Earth Day, by Larry Kehrer, whom I still refer to as the local Godfather of recycling. The Town allocated part-time use of an existing garbage truck to collect newspapers for which there was a robust nearby market. Aluminum cans also had a market — such a good one, in fact, that others often got to the cans before collection day, despite my efforts to chain down the lids of the red-, white- and blue-painted 55-gallon drums we used for collection.

From that humble beginning, our now wide-ranging, well-used and often referenced recycling program has been built. To describe the dynamics of program growth, I like to use the symbolism of the recycling ‘chasing arrows’ (Mobius strip) logo. Let’s arbitrarily say the first arrow is ‘public demand,’ the second is the governmental response — e.g., to fund new programs — and the third is staff collecting, sorting and transporting the goods.

The start of local recycling programs in summer 1987 just happened to coincide with the launching of the ill-fated MOBRO 3000 garbage barge that left from Long Island in March 1987, in an attempt to find a cheap dumping ground and avoid paying the high cost of local incineration. Public awareness of waste and landfills rose dramatically as a result of the barge’s journey, which print and broadcast news tracked for weeks until the barge finally went back home to Islip New York. North Carolina was one of the potential burying grounds — which shone a spotlight on recycling as a solution to the garbage ‘crisis.’ Some of our early PR flyers said “don’t barge our garbage.’

After a year of offering only drop-off service, we initiated two curbside pilot recycling programs, one for only bundled newspapers at 1,000 homes and one for newspapers, aluminum cans and glass bottles using blue plastic 12-gallon bins, one bin per household (the now ubiquitous blue cart is 95 gallons). All collection was manual and materials were sorted by the drivers at the curb. Success of the pilot program led to curbside recycling being initiated in 1989 for all single-family homes in Carrboro, Chapel Hill and Hillsborough, along with an expansion of drop-off sites. Almost simultaneously, UNC grabbed the recycling baton and ran with it, creating what is still a nationally-recognized university recycling program.

Subsequent program expansions over the next decade brought commercial recycling — initially ‘the bar glass program,’ multifamily, rural areas, hazardous household waste. A large number of residents participated in each new effort, leading to more diversion of waste from the publicly-owned local landfill, which, in turn, elicited more support from the elected bodies and the hiring of more hard-working staff to do more of this. In 1997, the three governments of the Landfill Owners Group, along with Hillsborough, jointly adopted a county-wide solid waste plan with a stated goal of reducing the amount of waste going to the landfill by 61%, the odd number resulting from UNC having already begun diverting 30,000 tons of coal ash from landfilling, so a 50% goal that included the ash diversion was too low a bar.

In 2000, Orange County government took over Solid Waste, including the recycling programs and the landfill, continuing the robust and expanding effort. Our County’s aggressive waste reduction goal was actually achieved in 2009 after being reaffirmed every three years and thoroughly supported by residents and elected officials. Though our local landfill closed in 2013, we continue the work of reducing what must now be trucked over 90 miles to a remote landfill in Randolph County.

So I leave, proud of these accomplishments and of the fact that recycling is now firmly embedded in the culture of Orange County. Walk down Franklin Street, North Churton Street or Main Street in Carrboro and see the recycling bins. See the can and bottle recycling receptacles at over half the convenience stores throughout Orange County. All single-family homes and over 90% of apartments have County recycling. Stop at a salvage shed to pick up a treasure or drop off something for others to use.

Our programs are fully-funded and well-used. We’re ready for the next step. So this fall, when Orange County formally announces its new solid waste planning effort to achieve “zero waste” to landfill, we will be ready. And I’ll continue to proudly roll out my own blue cart every two weeks along with you.

3 Comments on "Watching Our Wasteline"