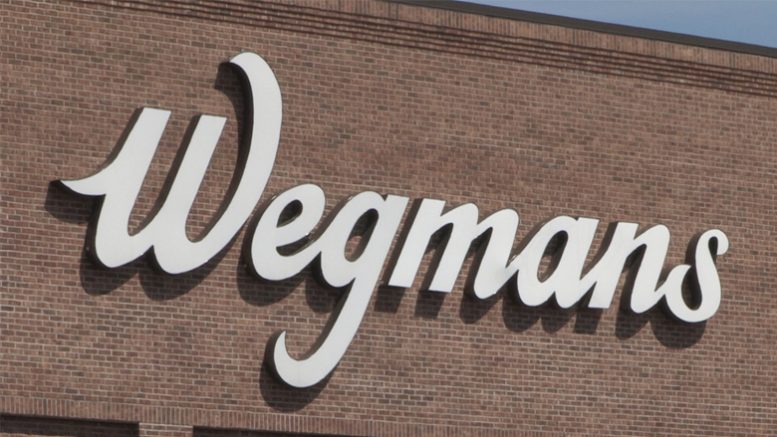 The space alongside U.S. 15-501 that Performance Automall once called home had lain fallow since the car dealership moved to Southpoint in April 2018. But now, finally, new life has begun to sprout as the steel-frame shoots of Wegmans push out of the ground — a few years later than expected.

In 2016, when the Rochester, N.Y.-based grocery chain applied for a special use permit, Wegmans’ representatives said the Chapel Hill store would open in the fall of 2019. Now the opening is set for the spring of 2021.

The approval and permitting process and site preparation took longer than predicted. The soil had to be remediated because the hundreds of cars previously parked on the lot for 30-some years held the potential for contaminating the site with gas and oil.

And according to the company’s website, Wegmans’ business model is to open only two or three stores a year. Since the special use permit was approved by the Chapel Hill Town Council in 2017 — after the town and Orange County agreed on a $4 million tax incentive to make the Chapel Hill site more attractive to the gourmet store — Wegmans concentrated its efforts on opening other nearby stores. A Wegmans in Raleigh opened in September 2019 and a store in west Cary is expected to open in late summer.

A Wegmans spokesperson declined to comment on the delay.

The store also will be smaller than initially approved. The original application asked — and received — permission for a 130,000-square-foot store with 750 parking spaces.

At the time, a Durham-Orange Light Rail station was planned within walking distance, but the light rail project was scuttled in spring of 2019. The store blueprint now calls for about 99,000 square feet and 738 parking spaces. A Wegmans spokesperson said this is in line with the size of its other stores. The store in Cary at Davis Drive and Airport Boulevard is 103,000 square feet.

Because the initial plan called for most vehicles to enter and exit on Old Durham Road, people living off that two-lane street raised concerns early on that the extra traffic would make it difficult for them to get in and out of their neighborhoods. Wegmans reached an agreement with the owners of the SECU property next door to construct a full access main entrance at the traffic light on U.S. 15-501 that also provides access to the UNC Health Care Eastowne development.

The council approved that modification in November 2019, even though the plan included driveway cuts that implied new development on the SECU property. SECU redevelopment likely would bring in additional traffic added to that expected from the development of UNC’s Eastowne campus at that same intersection.

Music as Medicine, at UNC Hospitals