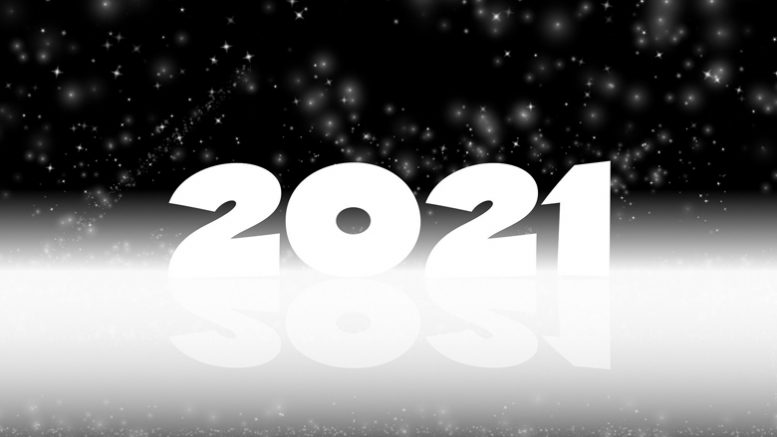 The new year, especially considering how the old year transpired, brings new hopes and some daunting challenges for the towns of Carrboro and Chapel Hill.

Clearly, 2020 was hard on the community, with many local businesses forced to close and many community members having lost loved ones and jobs because of the COVID-19 pandemic. It’s natural then that residents are hoping for a much better year ahead.

But local officials caution that though the calendar has turned, 2020’s societal and economic aftereffects will continue to be major factors.

“Every new year brings opportunities for renewed focus and new beginnings,” Chapel Hill Police Chief Chris Blue said. “Of course, we’ll continue to hope that focus is on health and safety in the general sense. At the same time, we can’t help keeping the battle against COVID-19 at the top of our list of things to accomplish.”

Carrboro Town Council member Damon Seils said that a lot of the new year needs to be, and will be, about helping and supporting neighbors and local businesses, in particular, who are struggling right now.

“Number one [priority] is that we can weather the economic consequences of the pandemic, in a way that supports residents, especially renters, as well as our locally-owned small businesses as much as we can,” Seils said. “I think that’s going to be especially important with what we’re seeing with the lack of leadership at the state and federal levels, local government needs to fill the gap where we can.”

Chapel Hill Mayor Pro Tem Michael Parker hopes that with an effective vaccine, Chapel Hill will “get the pandemic under control and life can start coming back to normal. Hopefully, quickly enough that we don’t lose any more businesses. Folks who are really suffering and struggling, we can help them start getting back to their normal lives.”

Parker echoed Seils’ sentiment concerning the need for assistance to be provided at the local level to those struggling with the economic effects of 2020, as assistance from the federal and state levels has been severely lacking.

“Unfortunately, there a lot of the things that needed, and need, to be done are kind of beyond the scope of what the town can do,” Parker said. “In terms of helping who’re unemployed folks with expanded unemployment benefits, helping businesses who’re are struggling and about to go under with some kind of support.”

Seils also said the community should expect the town of Carrboro to address issues of comprehensive nondiscrimination, which is not happening at the state level.

It’s not just officials who are hoping that those hit hardest by the economic downturn will be supported in 2021.

Tiz Giordano, of Chapel Hill, is a community organizer who works at Weaver Street Market and, though 2020 was a difficult year for them, they acknowledge so many others in the community have had it worse.

Giordano said one of their biggest hopes for the towns of Carrboro and Chapel Hill in 2021 is more of an emphasis on affordable housing, saying financial assistance would not only stimulate the local economy, it would also change many folks’ lives.

“Carrboro and Chapel Hill were already turning into communities that poor people could not afford to live in, and it’s just getting worse,” Giordano said. “One of my big hopes for 2021 is more of a focus on affordable housing, so that people who work in this community can afford to live here.”

Julianna Chalk, a senior at UNC, is hoping the university will be more successful, from a safety standpoint, in bringing students back on campus in mid-January.

“I hope that I can get the most normal semester, in the sense that it is my last semester and I feel like I took it for granted in my earlier years and I wish I could go back to that,” Chalk said. “I’m in two in-person classes that I hope I can go to, but hopefully the numbers go down before then.”

Chalk is also the founder and president of Walk. Support. Glow., a nonprofit organization dedicated to mental health and suicide prevention. Chalk would like to see a greater emphasis on fostering mental health programs, especially considering how difficult 2020 was for everyone in the community.

Parker, the Chapel Hill official, acknowledged there are many other areas in which the community and its members are struggling.

“Whether it’s food insecurity or concerns about their housing situations [or] the jobs they’ve lost, and that doesn’t even touch on all the problems we’ve had with education and all the challenges that our kids are facing,” Parker said.

Addressing all the issues 2020 brought to the surface will be challenging, but “we’re going to do what we can, for as long as we need to do it,” Parker said.

As Seils put it, “this year is going to be about climbing our way back out of the pandemic, really, and finding ways to heal from that.”

Your Guide to Early Voting in Orange County