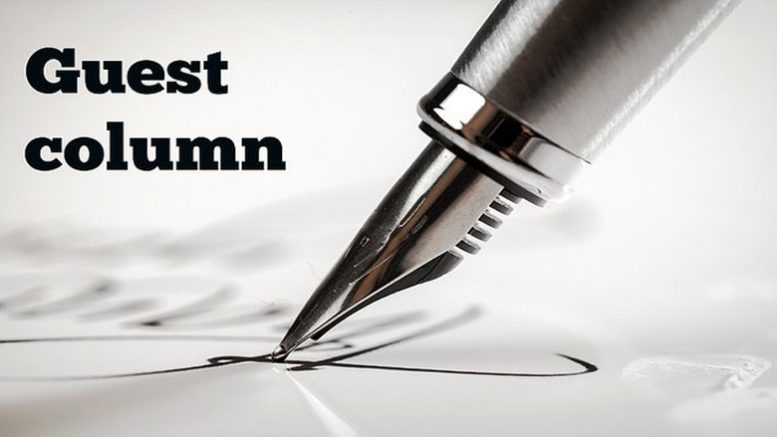 “It all happened so fast. The ghetto. The deportation. The sealed cattle car. The fiery altar upon which the history of our people and the future of mankind were meant to be sacrificed.

I remember (hearing a young boy) ask his father, ‘Can this be true? This is the twentieth century, not the Middle Ages. Who would allow such crimes to be committed? How could the world remain silent?’

And then I explain to him how naïve we were, that the world did know and remained silent. And that is why I swore never to be silent whenever and wherever human beings endure suffering and humiliation. We must take sides. Neutrality helps the oppressor, never the victim. Silence encourages the tormentor, never the tormented. Sometimes we must interfere. When human lives are endangered, when human dignity is in jeopardy, national borders and sensitivities become irrelevant. Wherever men and women are persecuted because of their race, religion, or political views, that place must—at that moment—become the center of the universe.”

I share this passage because we the people endured four years of Donald Trump’s endless scandals, lies, indecency, brazen payoffs and pardons, anti-American undemocratic shameless and violent attacks on peaceful protestors, children from diverse backgrounds, heroes of our military, former presidents, the U.S. Constitution, and so on.

We the people watched in horror and disbelief.

Millions of us raised repeated concerns while many elected officials stood by in complicit silence, so spineless and fearful of the wrath of a tyrant who proved again and again that he was unfit for public office. “Where will this end?” I kept asking as Trump referred to other countries as “shithole” nations, as he locked children in cages, as he called John McCain a loser, as he referred to patriotic citizens as “sons of bitches” for exercising freedom of speech by peacefully kneeling before our American flag — the very symbol of what this vile man and his cronies undermined and attempted to overthrow.

The insurrection of January 6, 2021, now a full year behind us, was far worse in many ways than Pearl Harbor or 9/11 when we the people were attacked on our home soil by invaders from elsewhere. Last January, we watched as home-grown delusional devotees to a vile desperate demagogue stormed our U.S. Capitol to carry out the premeditated seditious act of a traitor to all that we the people hold near and dear. We the people watched in horror and disbelief, fearing what might happen to elected officials from both sides of the aisle — human beings who were doing their duty to serve and uphold our U.S. Constitution.

Had these dangerous and treasonous acts of domestic terror incited by the words and actions of Donald Trump not come on the heels of a year of this charlatan’s inept tone-deaf and callous mishandling of a pandemic, it would be too much. In the wake of all that has transpired since Donald Trump belligerently refused to concede his landslide defeat in the 2020 election and refused to expedite a peaceful transition of power for the common good of our nation and all its people he fake-claims to love, it was the proverbial straw that threatened to break the back of our Democracy — apparently the aim of this demented madman all along.

Donald Trump proved again and again through words, actions and misguided shaky and shady alliances that he would stop at nothing, that there was no bottom, no norm he would not break; he made no move if it did not serve his own purpose, if it does not enrich himself at the cost of those whom he fools with his endless falsehoods and grifts. The officials (North Carolina’s Meadows and Cawthorn, among them) who propped up, encouraged, and enabled his assault on Democracy and defiling of the Office of the President are complicit in every misdeed, every COVID death, every wrong done to our Black brothers and sisters, every law, written or unwritten, that Donald Trump and his cronies shamelessly flaunted and broke.

And yet, there are still millions of Americans who naively believe The Big Lie and who would stop at nothing to see Donald Trump back in power again. Which begs the question: What if Mike Pence had been hanged? Would deniers finally believe that they’d taken things too far?

It amazes me that we are still asking whether or not this criminal will run for future office when we should be asking how long he will be in jail. If we the people do not have the integrity to take a stand to protect what we hold dear — and make sure that such a thing never happens in our country again — then shame on us. How will we explain any of this to our children and grandchildren in the years to come?

Robert McGee (maninthewords@gmail.com), a graduate of UNC-CH, lives in Asheville.

The Local Reporter is committed to publishing a diversity of views. Send guest columns to editor@thelocalrepoprter.press or use the online form.