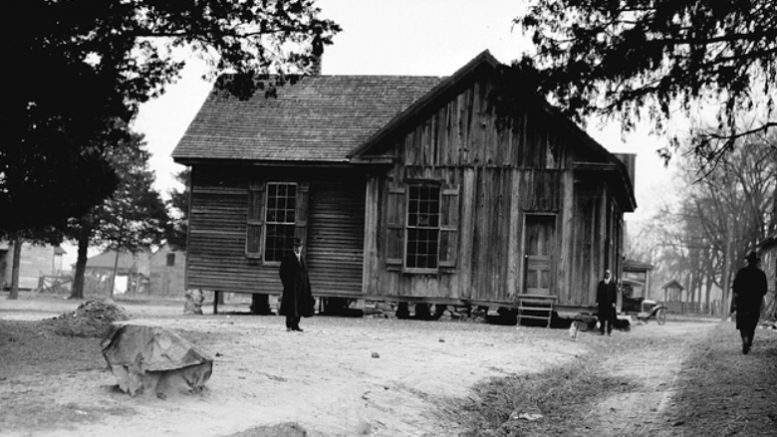 A STORY OF OUR HISTORY

During this period, there were a variety of private and public schools, all of them segregated. Two noteworthy schools for the local African-American community were the Freedmen’s School and the Orange County Training School. The following information and the pictures here are from Richard’s presentation. His full presentation is available on the Chapel Hill Historical Society’s website.

In 1866, freedmen Benjamin Craig and Green Cordal bought a plot of land near the current intersection of West Franklin Street and Merritt Mill Road, and donated a portion of it to the Quakers for the establishment of a school for freedmen. The remaining portion was donated to create a place for the present-day St. Paul AME Church.

By 1868, the Quaker school had begun operations as a private school. In 1890, the school expanded to serve Black children in grades 1-7, with the Orange County school system providing teachers and supplies. By 1910, approximately 130 pupils were enrolled.

Around this same time, Reverend H. L. Hackney, minister of White Rock Baptist Church (now First Baptist), established a private school for Black children. It was located further south on Merritt Mill Road. It operated from 1898 to 1912. This school served only lower grades. Because of inadequate funding support from the owners, in 1916 the county bought both the Quaker Freedmen School and the Hackney School and launched the Orange County Training School at the location of the former Hackney School. This school served all grades until it burned down in 1922. For the next two years, the students were served at various locations.

Conceived in the 1910s by Black educator Booker T. Washington and his Tuskegee Institute staff, the Rosenwald program represented a massive effort to improve Black rural schooling in the South through public-private partnership. The name came from philanthropist Julius Rosenwald, president of Sears, Roebuck and Company, who funded the grants. Rosenwald offered matching grants to rural communities interested in building Black schools.

Beginning in 1924, Orange County funded the expanded operation of the OCTS for eight months a year but in 1929 the county refused to continue this support. In 1930, the African-American community voted to pay an extra tax and join the Chapel Hill school district. This building was renamed Lincoln High School in 1948.  In 1951, the new Lincoln High School (now the Lincoln Center) was built on Merritt Mill Road and continued to operate as a high school until 1966 when the Chapel Hill/Carrboro schools were fully integrated.

In the 1960s, land for Frank Porter Graham Elementary was purchased from Mrs. Lucy Craig and land for a new Chapel Hill High School was purchased from Mrs. Bessie Cordal and her family. The Town of Carrboro recently announced its plans to install a “truth plaque” near the site of the original Freedmen’s school to mark its location and importance to the community.

For additional information and first-hand recollections about the history and traditions of OCTS and Lincoln High School, see these two websites: http://southernneighbor.com/2016/03/lincolnhigh/; http://lincolnhighalumni.org/history.shtml. Additional information on the Rosenwald schools in North Carolina can be found at the N.C. Museum of History’s website: https://www.ncmuseumofhistory.org/rosenwald-schools-north-carolina. This is the one of an occasional series of articles from the Chapel Hill Historical Society on the history of our community, our people, places and past events, from our founding up to the present.