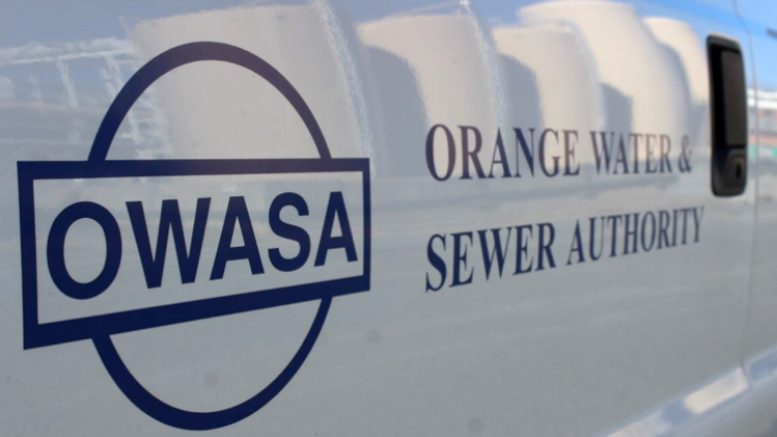 More local residents than ever before have been unable to pay their water bill.

“There have been times when storms are coming through, or things are happening where we have suspended disconnection in the past. But there’s not been anything that’s been such a prolonged impact as COVID-19 has been,” said Blake Hodge, communications specialist at the Orange Water and Sewer Authority.

At the beginning of December 2020, more than 560 residential accounts were more than two months late on their bill, according to Hodge; the average amount owed from residential customers was $267.

That current need is roughly double the average amount. Mary Tiger, OWASA sustainability manager, said that on average at any given point during the year, there were about 300 customers past due on their bill.

But the utility provider and Orange County community members have been willing to lend a hand during the pandemic.

Tiger said the collection moratorium was one of the first decisions OWASA made during the pandemic.

“When home is the safest place to be, we had no intention of cutting off water service during that time, and that’s remained in effect through today,” Tiger said.

Hodge said OWASA is basing its timeline on the county, so the agency has also extended the temporary suspension of disconnects to March 31.

When standard collection practice resumes, OWASA will give a grace period to customers. It will notify customers 30 days ahead of bill collection and offer an extended payment plan, and it will not disconnect water until after the due date of the second, concurrent missed payment.

Meanwhile, a decades-old bill assistance program chartered in part by OWASA is also providing more support than ever before. The Care to Share program provides a way for fellow water customers to help each other out.

Care to Share began in 1997 as a joint effort between OWASA and the Inter-Faith Council for Social Service. Care to Share funds are collected and distributed year-round. The second annual Care to Share Day took place last November, in conjunction with Giving Tuesday, as part of a more concerted effort to raise money around the holiday season.

Hodge said the need for Care to Share has grown in the past years, but OWASA has not seen a situation this severe for this long.

Kristin Lavergne, the IFC community services director, said the pandemic has increased the number of people in need, including those who need assistance for the first time. Lavergne said some people are uncomfortable having to ask for help.

“It can be a very humbling experience, especially if you haven’t done it before or haven’t had to do it for a while,” Lavergne said. “We try to make things as comfortable as possible and just reassure people that’s why we’re here. Everybody needs something sometime.”