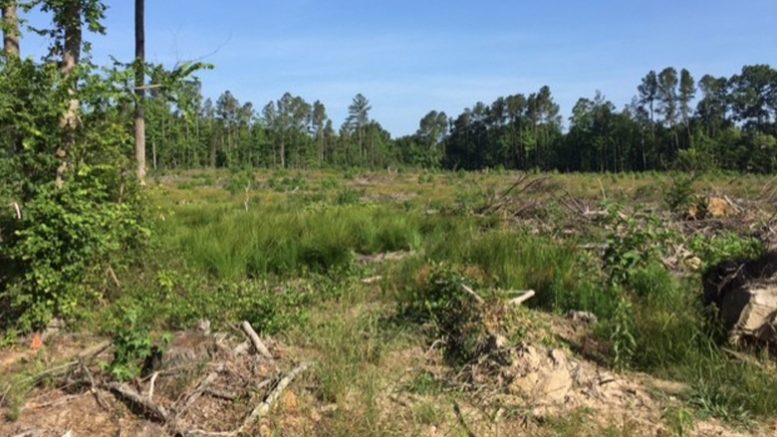 Why is Chapel Hill losing so many trees?

The past several months have seen extensive clear-cutting of trees in a number of different local neighborhoods, as part of several large-scale development projects. The projects include Azalea Estates on Estes Drive, the Chandlers Wood on Homestead Road, Carraway Village on Eubanks Road and the redevelopment of Glen Lennox off Raleigh Road.

Add to that list the very noticeable recent clear-cut that took place at the corner of Estes Drive and Martin Luther King Jr. Boulevard. Developers now want to build 269 dwelling units on that site, as well as some retail and office space. The proposal also includes a four-level and a six-level parking deck.

In the past, large-scale development projects in Chapel Hill generally incorporated at least some of the existing mature trees into the design of the project. The Franklin Grove townhomes located across Franklin Street from Whole Foods, for example, retain many of the original mature oaks that grew on the property before its development.

More recently, however, most development projects begin with clear-cutting, despite the fact that the town, often described as an “urban forest,” long has been known for its extensive green tracts.

In fact, in the 1990s, Chapel Hill adopted one of North Carolina’s first tree protection ordinances. The ordinance calls for a balanced approach to protecting trees without over-regulation of residential properties and property owners. The ordinance requires a multi-family residential project such as apartments or condos to have 30-percent tree cover.

So how have developers been able to clear-cut their project sites?

One possibility is that the penalties incurred for violation of the current ordinance do not deter developers. The maximum fine for a major violation is $20,000. In the context of a multi-million dollar project, a developer may consider that fine a paltry sum. Developers may choose to simply ignore the ordinance.

A second possibility relates to how the ordinance is interpreted by the town.  Typically, developers do plant new trees as their project nears completion. However, these are usually small saplings and so quite different from the mature trees removed during clear-cutting.

If new plantings are allowed to count toward the tree cover requirements, then the developer can be in compliance even though there has been a drastic loss of mature trees.

3 Comments on "Where Did All the Trees Go?"