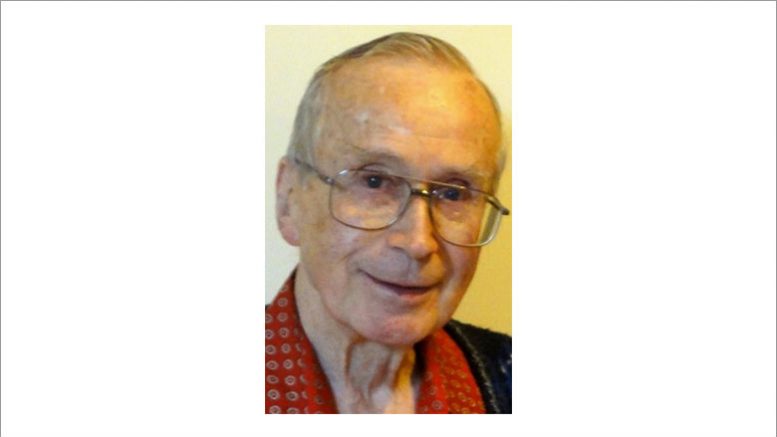 William “Bill” Jay Peck, beloved father, grandfather, and professor emeritus of the University of North Carolina at Chapel Hill, died at Carol Woods Dec. 7. He was 93.

Born in Arlington, Massachusets, Dec. 31 1927, his first 13 years were spent in Guatemala with his missionary parents, Horace and Dorothy Miller Peck, living among the Mam Mayan Indians in the high-altitude volcanic mountains around San Juan Ostuncalco. Bilingual (English and Spanish, plus some Mayan Indian) from childhood, he would learn eight more languages during his long, active life. He began his formal education after moving to Philadelphia to live with an aunt and uncle to attend the Friends Select School; then finished high school in 1945 at the Northfield Mount Hermon preparatory school in Massachusetts. While a student at Yale, he met his wife of 60 years, Joyce Bainton. Joyce was studying music at Smith, and he attended a concert where she was a soloist. He frequently told the story of being so smitten that he worked up the courage to call her and ask if they could meet. She responded that she would have to ask her mother. A friend advised him to be patient and wait, but after two days he anxiously called back and she said yes.

Bill graduated Phi Beta Kappa in 1949, then studied English literature at Cambridge College and theology at Goettingen, Germany through the Princeton Theological Seminary. In 1951, while doing post-WWII refugee work together in Innsbruck, Austria, he and Joyce were married. He began his professional career as pastor of First Presbyterian Church in Weatherly, PA before recognizing that he was meant to be a teacher. In 1962 he received a Ph.D. in religious studies from Harvard; then began what would be a 5-year stint teaching at Williams College in Williamstown, Massachusets.

All the while, his family was growing and his commitment and visits to the Mam Indians of Guatemala continued. In 1963 he received a Ford Grant to study shamanism in Guatemala. “He purchased a 1953 step-van from William’s College and converted it into a homemade RV,” said son, Tim Peck of Carrboro, who was 8 at the time. “He drove from Williamstown to Guatemala with his wife and three young sons and studied witchdoctors over the summer.”

In 1966, a Fulbright grant to study Deitrich Bonhoffer (a Lutheran theologian, executed in 1945 due to his ties to a conspiracy to overthrow the Nazi regime), provided the family, which now included daughter, Kathy, a year in Germany. Upon their return, the family made one last move together to Chapel Hill, where Bill’s 40-year career in the UNC Department of Religious Studies began in 1967.

Always dedicated to diversity and justice, Bill and Joyce joined the newly-formed Church of Reconciliation, a Presbyterian USA church based on racial equality, soon after settling in Chapel Hill. Joyce, who had already earned a master’s in education, continued her education at UNC with a master’s in music, and ensured a strong music program at the church while Bill added his beautiful tenor voice to the choir. They started a Guatemalan Group at the church and for 23 years held bazaars, selling the handmade crafts of the Mam Indians that they bought during their annual summer visits there with numerous church members in tow.

Mark Davidson, former pastor of the Church of Reconciliation was among a group who made the memorable trip in 1999. They flew into Guatemala City and toured Mayan ruins and other locales on route to the highlands and the Mam Center. “Bill’s parents started the Mam Center and with the help of the Indians, built it,” Davidson said. He remembered a spiritual leader of the community, who had sought out Bill. “He was much beloved and very elderly and had worked closely with Bill’s parents. This man made a point of speaking to Bill, speaking so gratefully for what Bill’s parents had done and what Bill had done to continue the connection.”

Bill remained undaunted by distance throughout his life. He and close friend James Peacock, UNC professor emeritus of anthropology, ran marathons and thousands of miles together, well into their 70s. They were also early and devoted members of the Triangle Jung Society. Peacock spoke of when a New York-based Jungian analyst that Bill had worked closely with for many years died. “Bill went to his funeral in Maine,” Peacock said. “He flew in, then rented a car from Rent-a-Wreck, but a heavy snow stranded him many miles from the funeral. Bill simply jogged to the funeral. He made it. He always did!”

Wherever he was, in a classroom, on a committee, in church, when a discussion of how to move forward arose, after everyone with a strong opinion had said their piece, a quiet voice would calmly and succinctly produce an answer. “Bill’s life and work, in how he connected to his family, his students and everybody he related to came from this great centeredness,” said Herman Greene, who became close to Bill through their work together at the Center for Ecozoic Societies. “There was a clear expression of insight he had gained from his time in Europe working with Holocaust refugees who had nothing,” and from the rest of his studies and experiences. “He was always our wisdom bearer.”

Bill was predeceased by wife, Joyce Bainton Peck, and sons Christopher and Steven.

Donations may be made to the Church of Reconciliation (Memo: Guatemala).