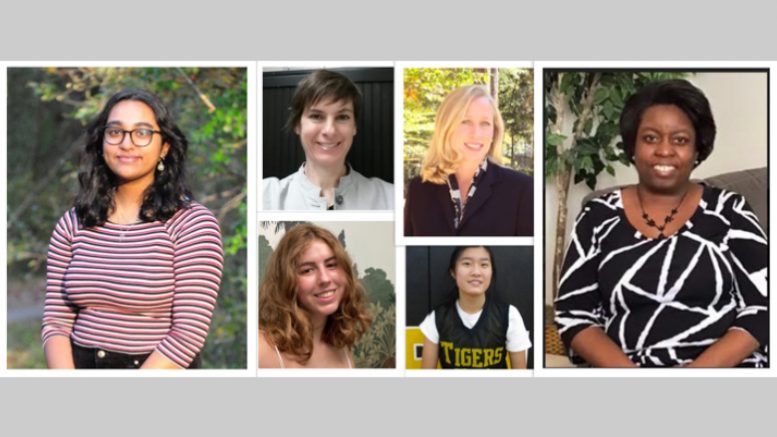 In 2020, women made 81 cents for every dollar paid to a man, as based on the median salary for all men and all women, regardless of occupation. Even though women outpace men in post-high-school education, men dominate the more lucrative fields of science, technology, engineering and math (STEM). Hispanic and Black women, on average, earn a significantly smaller portion of a white man’s dollar than White and Asian women do.

The theme for this year’s International Women’s Day, March 8th, is “Choose to Challenge.” In the past few decades, women have made significant strides toward equity, but equality will not be realized until women of all colors, sexualities, incomes and abilities are on a level playing field with men.

According to the Institute for Women’s Policy Research, North Carolina ranks 24th among the other states in how soon the wage gap is expected to close. In North Carolina, that gap is projected to close by 2064 based on estimates following the historical wage gap data since 1959. This metric accounts for the ratio of women’s earnings to men’s for full-time, year-round workers and uses a linear projection model.

Tijuana Goodwin, a math teacher at McDougle Middle School, said that she believed the pay gap was one of the most pressing challenges that women, especially those of color and of the LGBTQ+ community, face today. “I do see more and more women in STEM fields; however, there is still progress to be made in regards to equal pay, diversity and access,” Goodwin observed.

“I believe that women, and young women especially, need to see examples of others who look like them, who can relate to them, and who are doing amazing things in their local and broader communities.”

Goodwin is true to her word, and leads by example. “As an African American, female math teacher, I show students that females and minorities are capable of math excellence,” Goodwin shared.

Jennifer Walker is a teacher and IT professional at Chapel Hill High School. Walker encourages her students to pursue their interests in STEM fields by inviting female classroom speakers to serve as role models and inspiration. “Fixing diversity in the workplace begins with equal education and opportunity,” she said. And that’s what Walker attempts to create in her classroom.

Tanvi Krishnamurthy, a senior at Chapel Hill High School who plans to attend Barnard college, noted that “until more people become aware of how women are not a monolith in terms of their treatment, then really great advancements for women […] cannot begin.”

She sees the election of Kamala Harris as vice president, though not in a STEM field, as a beacon of hope for the future. “A Black and South Asian female vice president […] has been a pivotal positive moment for gender relations in the country,” Krishnamurthy said.

According to the Labor Force Statistics from the US Current Population Survey, in 2019, there were 76.8 million women over age 16 in the labor force, making up almost half of the U.S. workforce (47 percent). This shows a stark improvement in proportional representation compared to that of previous years. Such representation has steadily increased since 1945, according to the US Women’s Bureau.

But in STEM careers, women make up a scant 27 percent of the labor force (US Women’s Bureau).

Women’s proportional share in engineering professions is especially low, falling to just 15 percent. It’s no surprise, then, that many young women feel intimidated by such overwhelmingly male-dominated career paths.

“I think the greatest challenge that women face in their pursuit of STEM professions is being scared to start,” said Sarah Rosenkrantz, a senior at Chapel Hill High School. Sarah is considering whether to pursue study in engineering or computer science.

May Ming, a freshman at Chapel Hill High, concurred. “When no one around you knows much about STEM, it’s a lot harder to find information and resources [about STEM careers].”

Like most high school freshmen, Ming is undecided about her career path, but she very much enjoys her science classes and computer programming. She said that she has been pleased with the abundance of STEM-related electives and opportunities at Chapel Hill High.

Krishnamurthy said that her decision to attend a women’s college was influenced by her value for her female peers in a classroom environment. In one of her freshman math classes, Krishnamurthy was the only girl her age. “The experience wasn’t limiting or disheartening, really, but it surely did show me that having other women around me is a thing I highly valued and would like to see more of in my STEM classes.”

At Chapel Hill High, Ming, Krishnamurthy and Rosenkrantz have access to a variety of STEM and CTE (career and technical education) courses, technology focused clubs and extracurricular internships/opportunities.

Teachers often promote these opportunities. At the high school level, Walker encourages her female students to join FemSTEM, a club for women interested in pursuing or learning more about STEM. At the middle school level, Goodwin regularly announces university-sponsored activities to her students interested in STEM, and encourages them to participate in the school’s TSA (Technology Student Association) program.

Opportunities abound at universities as well for women pursuing STEM educations, such as the 12-week course offered through the Bank of America Institute for Women’s Entrepreneurship at Cornell that inspires women to pursue careers as entrepreneurs. The program, initially projected to serve 5,000 women, now serves 50,000 following an astounding surge in interest and funding.

According to the institute’s program director, Kirsten Barker, over 85 percent of those enrolled are women of color. Programs such as this one stimulate positive change in the demographics of the workforce, empowering women of all races, sexual orientations and abilities.

The institute offers “the skills, knowledge and resources to build, manage, and scale a successful business.” Barker emphasized that the course challenges women to introspectively investigate their relationship with risk, rejection and failure — all features that Barker considers “inherent in entrepreneurship.”

Unfortunately, the increasing availability of career opportunities and STEM-focused learning trajectories for women doesn’t always come hand-in-hand with a supportive workplace environment. Walker and Goodwin have both experienced challenges in the workplace related to their gender.

Goodwin explained that she has faced struggles in her career due to both her race and gender. Teaching in the predominantly white Chapel Hill-Carrboro City Schools, poses its challenges. “I sometimes felt that others wondered/questioned my effectiveness and my ability to teach their child,” Goodwin shared.

Walker described a similarly uncomfortable confrontation shortly after she was hired as a computer support technician at a high school. A supervisor asked her: “Do you know what you are doing?”

Walker is hopeful for her students, though. “Awareness for the need for diversity in STEM is gaining momentum,” she said. “Community and school outreach program options are growing rapidly. All of this shows great progress is being made, and I hope that things will look more diverse, equitable and supportive in the near future.”

Women’s share of STEM careers is not uniform across the country. Washington, D.C., has the highest share of women in STEM occupations, followed by Maryland, and Utah has the lowest.

According to the Institute for Women’s Policy Research, North Carolina ranked 13th in its share of women within STEM occupations (2013). Krishnamurthy noted that she wouldn’t be satisfied with current gender relations and affairs “until Black and Indigenous women, trans women, gay women, neurodivergent women, women with disabilities, as well as gender non-conforming/non-binary people, are fully comfortable and respected in STEM fields (and every field, for that matter).”

She added, “I feel excited to see more people from my generation take steps to fix that by entering into academia, government, research, etc. over the next years.”

Krishnamurthy is planning on studying either political science or sociology in college, but she said that her involvement in STEM classes has played an important role in her academic career. She pointed out that social sciences and STEM fields are more interconnected than at first meets the eye. “Incorporating more discussions of social justice into STEM fields would probably benefit most everyone in STEM careers. Many people need to realize the two aren’t as separate as we think.”

Rosenkrantz also is optimistic about the potential for change. “Even since I’ve been in high school, I’ve seen a lot of growth for women in programming classes.” Rosenkratnz noted the racial divide that she still sees in her own STEM experience, despite some beneficial advancements overall. “Currently, I don’t think that there are many if any BIPOC or LatinX women in my programming classes at Chapel Hill.”

“It’s hard to be different in a classroom, the only one of your race, gender or identity, especially growing up,” noted Walker. “Women of color and women of the LGBTQ+ community have additional discriminatory battles to fight in addition to gender discrimination.”

Krishnamurthy, Ming, Rosenkrantz, Goodwin and Walker mentioned the glaring gender divides that they still see within their STEM-oriented classrooms, whether teacher or student, and have worked to alter that reality. Similarly influential has been Barker, who built and manages an institute that challenges the entrepreneurial demographic imbalance.

From challenge, comes change. How will you choose to challenge?