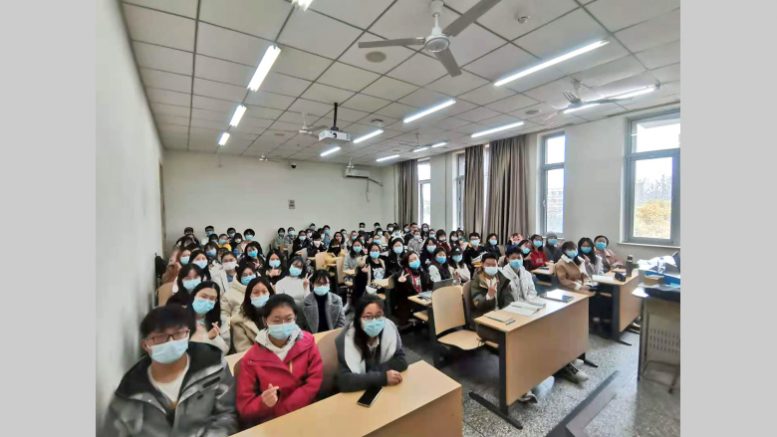 “You’ve Got to be Carefully Taught”

As I was raised in the shadow of World War II and the Korean War, my first childhood impressions of Asians were negative: They were the enemy and to be feared. They were objectified and demonized as the “distant other,” branded with dehumanizing names like Japs, Chinks and Gooks, which obfuscated the awful acts of war we visited upon them.

But growing up in a diverse, cosmopolitan college town exposed me early on to “The Family of Man,” and to the notion of human universality, thanks also, in part, to the crusading voices of Reverends Charlie Jones, Vance Barron, J.R. Manley and Robert Seymour, to name a few thought leaders in local pulpits.

My own mother, an outspoken advocate for racial equality and a regular demonstrator in the local civil rights marches of the ‘60s, served as a critical mentor and model for my thinking. Thus, I was carefully untaught.

So now, the recent spate of anti-Asian violence strikes this scribbler as intolerable at the least and downright criminally un-American at the roots. Additionally disturbing are the recent revelations about former UNC basketball player Kane Ma being beaten in 2019 by three thugs here in Chapel Hill. Repeat: here in Chapel Hill.

A bumper sticker spotted on a car in rural N.C., right after Trump’s election back in ’16 stopped me in my tracks: “I’M AN AMERICAN-AMERICAN.”

I’m unclear as to the politics behind the slogan, but I fear the worst. Because one thing’s for sure: The United States is a country in which, with the exception of indigenous people, we’re ALL from somewhere else.

In Which Mr. Joke Goes to China

“Every journey into China begins with gravitational pull …. What American writer John
Hersey defined as ‘The Call.’ ”
— Evan Osnos: Age of Ambition: Chasing Fortune, Truth and Faith in the New China

So how does the scared kid in the first paragraph evolve into the China scholar of today?

The process began innocently enough, with a Chinese professor coming to UNC to shadow me and study my work on community newspapers. That led to my receiving a Fulbright scholarship to China followed by four more work/lecture adventures to The Middle Kingdom between 2012 and 2019, culminating in my textbook on community journalism being translated into Mandarin. That’s the CliffsNotes version.

Over the last 12 years, I have studied and taught in a dozen different Chinese cities, at universities and media outlets where I am often called “Mr. Joke,” due to the phonetic challenges Mandarin speakers have pronouncing my real name correctly. Well, if the shoe fits ….

For China, a place of clashing contradictions, is like Churchill’s famous quote: “a riddle wrapped in a mystery inside an enigma,” endlessly fascinating and relentlessly frustrating. How to understand this place? How to deal with these people? Or this nation on its meteoric rise?

For guidance, I looked to old China hands, both former U.S. Secretaries of State — Madeleine Albright and Henry Kissinger.

Albright opines, “China is in its own category … too big to ignore, too repressive to embrace, difficult to influence, and very, very proud.”

And from Henry Kissinger, who made over 50 trips to China and spent a lifetime studying the nation, these wise words: “The U.S. and China need each other … because they are too large to be dominated, too special to be transformed and too necessary to each other to afford isolation. Beyond that, are common purposes attainable? And to what end?”

It’s been my mission to try and answer that riddle. With my 2020 trip to China canceled due to COVID-19, I shifted my emphasis to a student outreach project. Back in January and February, before the pandemic changed our lives here, I launched Pen Pals Across the Pacific, in which my UNC community journalism students began emailing Chinese journalism students, expressing their condolences about the dire coronavirus outbreak there in China — never in a thousand years thinking that it would ever come to pass here.

What irony. Within two months, the tables had turned, and it was the Chinese students writing back to my students with compassion, advice, stories of how to cope and messages of hope from 8,000 miles away.

Then, last fall, one of my Chinese colleagues taught a class at her Beijing university titled “Introduction to American Society, Culture and Politics.” And I jumped at the chance to serve as a remote volunteer teaching assistant. That’s them up there in this week’s photograph, all masked and posing formally for their group portrait.

Watching the U.S. devolve into gun violence, partisan politics, racial strife, the common theme from my Chinese students was clear: “What’s wrong with America?!” they asked of me.

It was not until the outcome of the 2020 election that I could muster the courage to respond. And then at semester’s end in December, another flurry of emails from the class in response (mercifully, perhaps, before the 1/6 Capitol riot or the outbreak of anti-Asian violence).

All the same, dear reader, I hope you’ll find their comments particularly moving and poignant. A sampling follows; read and be uplifted.

“The sense of division in America really makes me uneasy, as if the country is about to disintegrate. And many laws related to the liberty are ridiculous for me, such as the lack of U.S gun laws.” — Jinyi Luo

“We all face the problems leftover by history. My hope is that all of us can obey the rule ‘to agree to disagree’ and try best to understand each other.” — Gaohan Huang

“It is a great pleasure to receive your letter. According to Chinese generations, I am your grand-disciple. Therefore, I wish you good health, happiness and success in your work during the epidemic. In your words, I feel your confidence in the American Constitution and political system. Indeed, it was one of the great props of American world domination in recent history. It’s a pity that this powerful tool was taken over by a rude and racist person, Trump. These are my views, which may be naive or even biased, but I would like to thank you for taking the time to read my reply. Finally, I wish the friendship between the Chinese and American people everlasting. All the best, your grand-disciple.” — Zhong Ling Jie

“I believe that at present China and the U.S. should not continue to be hostile, but form a healthy competition with each other. Only in this way can we survive and not perish in the face of crisis, but we can tide over the difficulties together.” — Li

“Maybe it is hard for me to truly know what had happened in America, but the important thing is making real efforts come to terms with each other, not only for American citizens, but for the entire world. This election result also offer hope to us. I wish we can agree and disagree in a spirit of mutual respect. Whether in economic, culture or other aspects, both our countries would be better and better.” — Nicole Xiao

“In my opinion, what makes America strong is that they are not only proud of their shining side, but they are also brave enough to face up to their dark side, drugs, guns, racist society. Shadows cannot be hidden. The deeper you hide, the heavier the shadow. Only remove the whitewash and cover, can we hope for the dark to fade away.” — Adrianna

For more on the adventures of “Mr. Joke” in China: https://bluehighwaysjournal.mj.unc.edu/category/china/